No Jingle Bells for You! Trump Cancels White House Christmas Party for Press 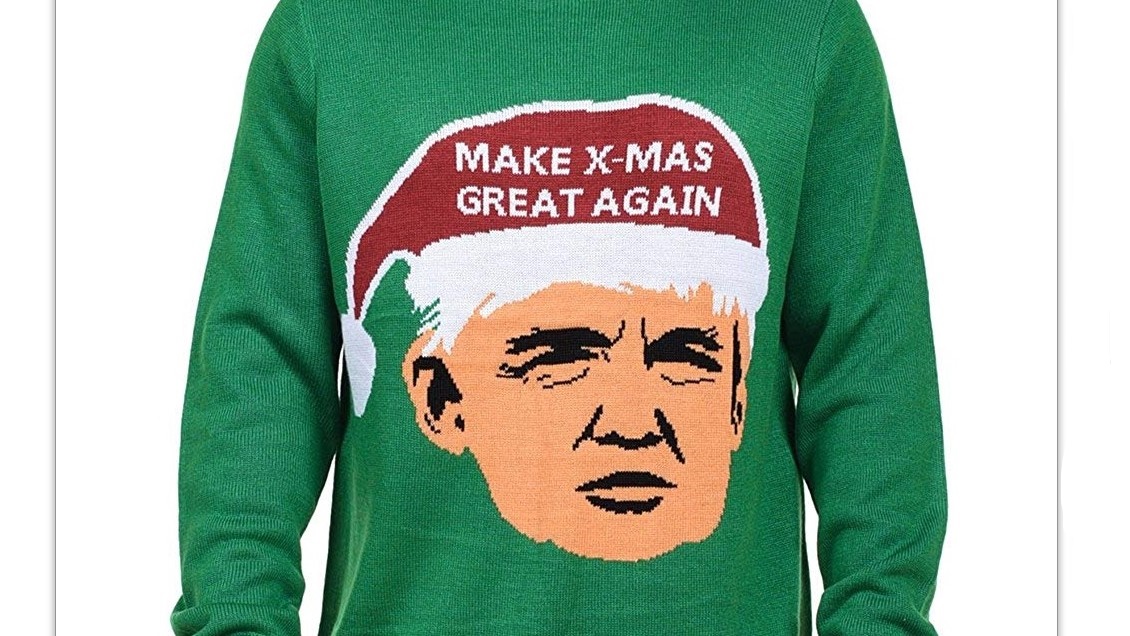 Fox News media reporter/anchor Howard Kurtz broke the scoop that the Trump White House cancelled the annual Christmas party with the press. This shouldn't be that much of a surprise, in that the Trumps haven't attended the White House Correspondents Association dinner, and after the court fights over the brief suspension of CNN yeller Jim Acosta's press pass, it was not going to be a chummy get-together.

Not everyone would show up. In November 2017, CNN announced that it would not send its journalists to that year’s holiday party. At last year's party -- held in mid-afternoon, not the usual evening soiree -- the Trumps did not uphold the tradition of taking photos with the journalists, possibly because few reporters would want the picture (to go with their giggly Clinton/Obama Christmas photos). As Kurtz explained:

But the biggest fringe-benefit was the picture-taking sessions, in which the president and first lady would patiently pose with guests and briefly chat with them in front of a Christmas tree, with the White House sending out the photos — copies of which were invariably sent home to mom. This would take a couple of hours, with long lines snaking across the building's first floor. Bill Clinton even posed for pictures with journalists days after he was impeached.

It's a much more festive press party when the president is someone that 99.9 percent of the press eagerly voted for on Election Day. Call them the "Enemy of the People," and they might forego the free food and photos. This drew the usual two takes on the Internet:

On the Left, Salon.com:

The Daily Beast tweeted "Trump has become the president who stole Christmas." Liberal tweeters liked playing with "war on Christmas" metaphors. Matt Rozsa at Salon lamely tried to claim these events, including the WHCA dinner, are about "bridging the gap" between the press and the president. Is that what the WHCA was doing when it invites Michelle Wolf, and she jokes about Kellyanne Conway being hit by a falling tree??

On the right, you have to like the headline at RedState:

New York Times reporter Glenn Thrush claimed these parties were more beneficial for the White House than for the press, so they could show they weren't "a--holes." 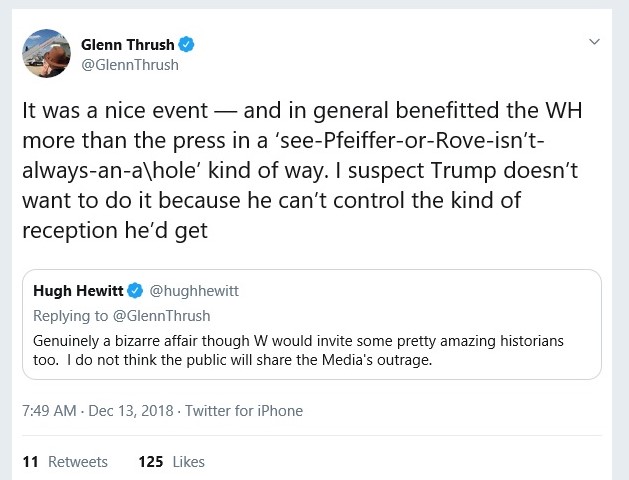 Thrush seemed to miss the idea Trump's cancellation implies: Have you ever wondered if politicians think you people are the jerks? Would you want to spend time with your toughest critics? We can't imagine Jim Acosta inviting NewsBusters over for holiday cheer...so this shouldn't really seem too Scroogey.

As Kurtz noted, other White House holiday parties continue. Did you miss the media coverage of Trump's Hanukkhah reception?