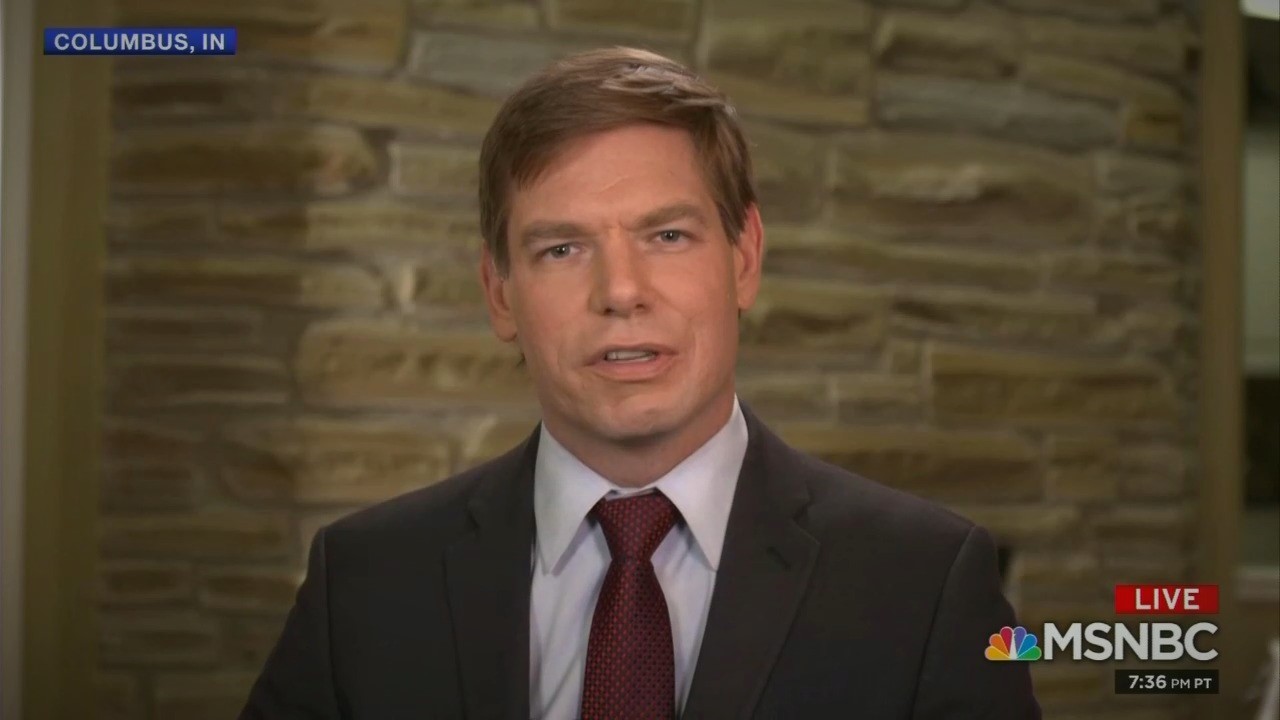 Young liberal congressman Eric Swalwell of California is a cable TV regular and has been hailed for his social-media prowess. He's even touted by some as 2020 presidential timber. That image took a hit on November 16, when Swalwell responded to gun-rights activists on Twitter saying you will never take my guns with "It will be a short war, my friend. The government has nukes. Too many of them, but they're legit."

The networks skipped that gaffe, of course. And the "independent fact-checkers" at Snopes.com lamely tried to come to Swalwell's defense on November 19. The headline was "Did Democrat Rep. Eric Swalwell 'Suggest Nuking’ Gun Owners Who Resist Confiscation?" They tried to suggest conservatives sites oversold this silly tweet. The rating was "Mixture" (or half-true):

In a tweet on 16 November, Swalwell responded to a gun rights enthusiast who said the Democrats' proposal to confiscate or buy semi-automatic rifles would result in "war" due to resistance from the gun owners, stating "it would be a short war" because "the government has nukes."

Swalwell quickly insisted that his reference to the government's possession of nuclear weapons was intended as no more than a joke and emphasized that he was not warning gun owners about such a response to their (hypothetical) resistance to gun confiscation.

Dan MacGuill of Snopes should know the resistance to gun confiscation would not be (hypothetical). It's a little odd that Snopes would find this politician's Twitter gaffe worth searching for a "What's False" defense. Swalwell suggested "the government has nukes." But the "right wing" had to be scolded:

Right-wing web site the Daily Wire declared in a headline: “Democrat Calls for Gun Confiscation, Suggests Nuking Americans Who Fight Back"....The conservative Washington Times proclaimed in their headline that Swalwell had “warned” gun owners that the “government has nukes”...

Swalwell’s tweet was undoubtedly authentic, but he quickly clarified that he had intended his reference to nuclear weapons to be a joke.

It's quite obvious that liberal media sites (and their equally liberal fact-checker cousins) don't feel the same way about Donald Trump joking to the Russians in 2016  that they should find Hillary's deleted e-mails. They are still taking that like a dead-serious order to the Russians that proves collusion. More recently, they reacted with outrage that Sen. Cindy Hyde-Smith (R-Miss.) made a joke about a public hanging. (Insert mandatory mention that they skipped Joe Biden's quite serious Republicans "want you in chains" comment to a black audience.)

We have rated this Snopes.com "fact check" as Deeply Distorted. For similar analyses, please visit our Fact-Checking the Fact-Checkers page.