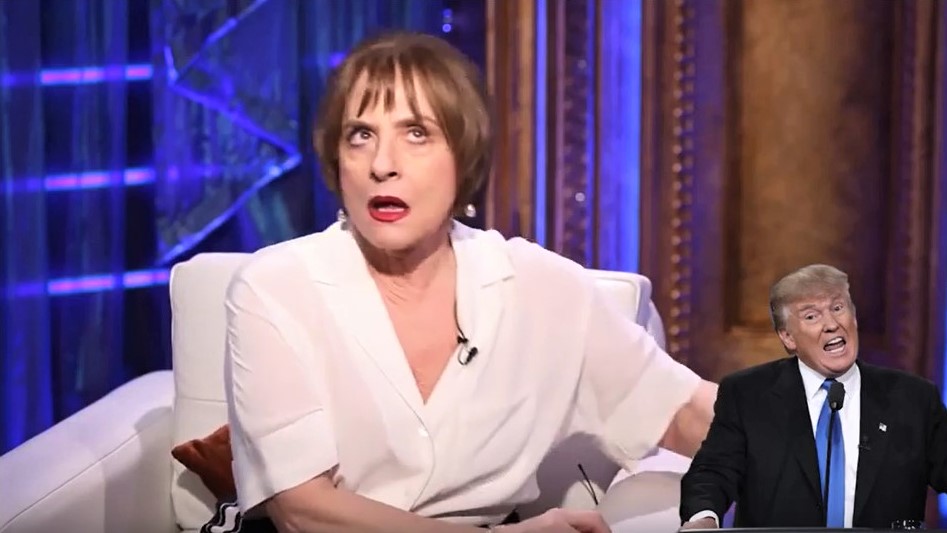 In an interview with Hadley Freeman of the leftist British newspaper The Guardian about her Broadway career and her current stop in London in Stephen Sondheim's musical Company, she blurted out a smear about conservative Christians in America.

Despite all evidence to the contrary, LuPone insists she’s ready to slow down. She has an Italian passport (“which means I belong to 28 countries!” she says, sticking the Brexit knife into me) and she dreams of travelling “this beautiful Earth” with her husband. “I want the quiet life,” she sighs longingly, then immediately goes into a furious rant about how “the Christian right in America is no different from al-Qaida. Print that, because someone needs to say it out loud!”

And then, suspecting she’s just started another almighty row, she makes another big cackle.

We'll doubt the media's favorite "fact checkers" will spring into action to note that no Christian conservative has taken down a skyscraper and killed 3,000 people.

The Guardian's headline online only included the "Print that" part, but the subheadline was  "As the goddess of the modern musical prepares to star in Company, she settles some old scores – and starts some new ones." Freeman noted the word "diva" follows LuPone everywhere, to which she replies “If someone has the talent they have the RIGHT to be temperamental." [Emphasis in the original.]

LuPone claims “It’s just because women are supposed to shut up, or not think those thoughts or talk back. It’s crazy. But talking back is something I’ve done since I was a little girl, and it’s always got me in trouble. Ha!”

Toto pointed out that LuPone launched into a profane anti-Trump rant on the video talk show Show People with Paul Wontorek (editor-in-chief of Broadway.com) in 2017.

When asked her opinion on the president, she spewed out profanities: "He's a f----g-ass motherf-----ing asshole. he's a f---ing nut, and he should be -- he's certifiably insane, and he has compromised this country, and it is tantamount to TREASON, what he just did. Why are we not doing anything about it? (Rolls eyes) Why is it taking so long [to impeach him?], what the f--- is going on in this country?"

LuPone talked in this Guardian interview about ancient feuds she's still having with Andrew Lloyd Webber over being replaced by Glenn Close in his musical Sunset Boulevard before it hit Broadway in 1994, which Freeman called "still one of the most infamous feuds in theatre." At the risk of another profanity-laced tirade, someone might suggest that many on the Christian right would preach to her on the virtues and wonders of forgiveness.