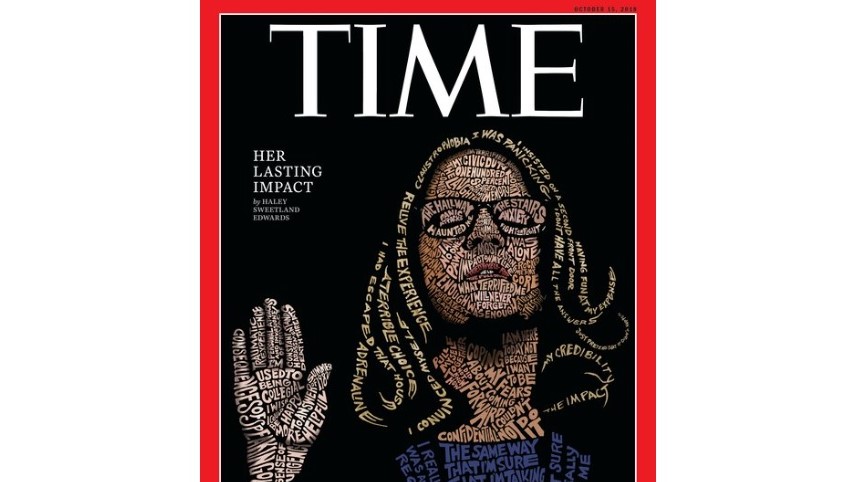 So what happens to the media memory of Kavavaugh vs. Ford if Brett Kavanaugh is confirmed? Time's cover story on Ford illustrates they're already painting the same numbers as they did after Clarence Thomas was confirmed. Glorify the accuser as a heroine of history. On the cover were the words "HER LASTING IMPACT." Online, the cover story had the headline "How Christine Blasey Ford’s Testimony Changed America."

Time writer Haley Sweetland Edwards would only say the facts of Ford's allegations were "unsettled," but Ford was more than credible, and Kavanaugh was vehement:

By the time the hearing ended, Ford had done more than prove herself a credible witness. For millions of women and men, she had replaced Kavanaugh as the protagonist in the nomination narrative. Women began calling into C-SPAN to tell their own, decades-old stories of harassment and rape. The hashtag #WhyIDidntReport exploded on social media, a rallying cry for those who had never gone public about their own sexual assault until then.

Overseas, young women from San José to London gathered around smartphones and computers to watch the testimony, hands over hearts, mouths agape. In Lyon, a real estate agent rushed home from work to catch the live stream on YouTube. In Hong Kong, a young woman posted a photo in solidarity: “I Believe Christine Blasey Ford.”

Kavanaugh testified, too, of course, and with a vehemence that read as a Rorschach: where accusers saw intemperance, supporters saw justified outrage.

There's been no Kavanaugh or Neil Gorsuch cover of Time.

Haley Edwards struck the same note at the story's end: "But even if Kavanaugh joins the bench, Ford has cemented herself as a historic figure. In her courage, many Americans saw the opposite of everything they think is wrong with Washington. Politicians spin, fudge the truth, grasp at power. Ford appeared guileless."

This is also from the Anita Hill playbook. In the October 21, 1991 issue, Time claimed Hill "shows no signs of having a political axe to grind." She was "both a conservative and a feminist," a "card-carrying Republican." The heaviest gush of "history," as usual, came from blustery Time writer Nancy Gibbs:

"And then there was Anita Hill, the poised daughter of so many generations of black women who have been burned carrying torches into the battle for principle. The cause of civil rights and social justice has so often fallen to them to defend. Harriet Tubman and Sojourner Truth were slaves by birth, freedom fighters by temperament. Rosa Parks was a tired seamstress who shoved history forward by refusing to give up her seat on the bus....The latest to claim her place in line is Anita Hill, a private, professional woman unwilling to relinquish her dignity without a fight."

By 2017, when Time offered its cover to Steve Bannon, then-Managing Editor Gibbs spat at his criticism of the press: “At a time when the media is ever more fractured and sliced, TIME is one of the few remaining institutions that speaks to a broad and global audience,” she boasted. “Our purpose is not to tell people what to think; it is to help them decide what to think about.”

We suggested she should look again at the magazine's Trump covers. This, after all, could be a more accurate visual representation of how Ford's attempt to demonize Kavanaugh ended: 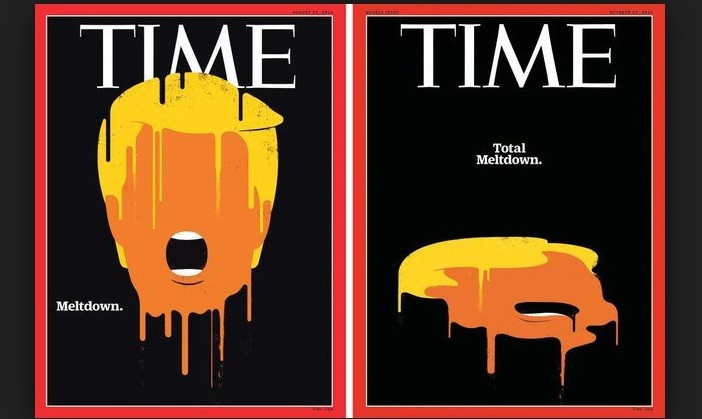