AEI Study: Newspaper Reports on Teacher Strikes Were Pro-Strike 4 to 1 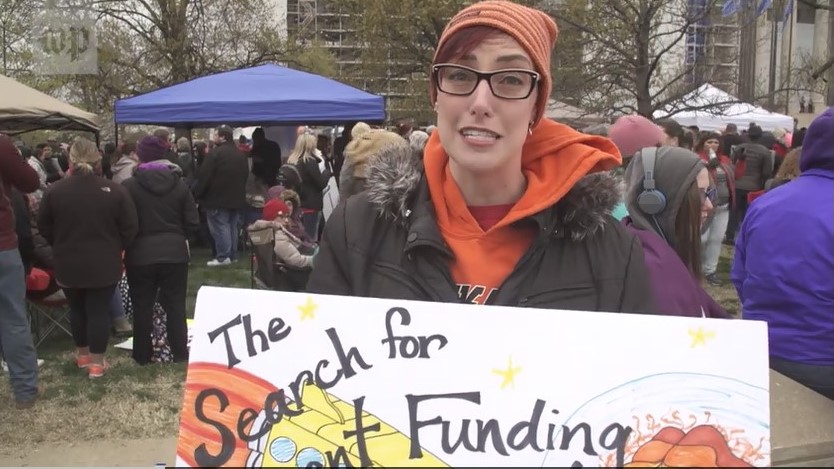 Of the quotes included in the articles, 60 percent supported the strikes, while 26 percent were neutral and only 14 percent opposed the walkouts -- a tilt of more than 4 to 1. Newspapers also favored sources that were most likely to be supportive of the strikes over those most likely to be impacted negatively by strikes.

Teachers or union leaders provided 52 percent of quotes, 31 percent were from politicians or officials, while a measly five percent came from students or parents. They reported "while families bore the brunt of the strike-related disruptions, just 14 percent of the stories featured even a single parent or student quote."

As usual, the liberals were oversampled, compared to public opinion:

While 60 percent of all quotes supported the strikes and just 14 percent were anti-strike, opinion appears to have been more mixed than this lopsided ratio suggests. For instance, of the few parents and students quoted, over 80 percent were pro-strike. But a national 2018 Education Next poll showed that 53 percent of the general public supported teachers’ right to strike—and one-third rejected it. So in the strike states, public opinion toward the walkouts likely was positive—but perhaps much less so than the coverage seemed to suggest.

While it's obvious that public opinion generally favors teachers as public servants, many stories omitted facts that would put the strikes in context. While every single story discussed teacher salaries, "less than half the articles mentioned healthcare benefits, and barely a third mentioned pensions. Just three percent of stories even obliquely referenced the value of teacher pensions, and not a single one mentioned teacher vacation time or the length of the teacher work year."

The scholars also complained the information given in most articles was not enough to allow readers to form an informed opinion. "Half the stories did not even include the pertinent average teacher salary," they noted.

Meanwhile, just two percent of articles compared teacher pay to the state’s median household income. Especially in financially stressed states, it was potentially relevant that, in some cases, the average teacher was already earning more than the state’s median household. At the least, readers would benefit from having some sense of how teacher pay compares to the income of the households who would fund any boost in their pay.

After all, while Education Next reported that two-thirds of the public supports higher pay for teachers, that figure falls to 49 percent when respondents are informed how much teachers in their state already earn. Regardless of where one stands on teacher pay increases, this kind of information is clearly relevant to public deliberation.