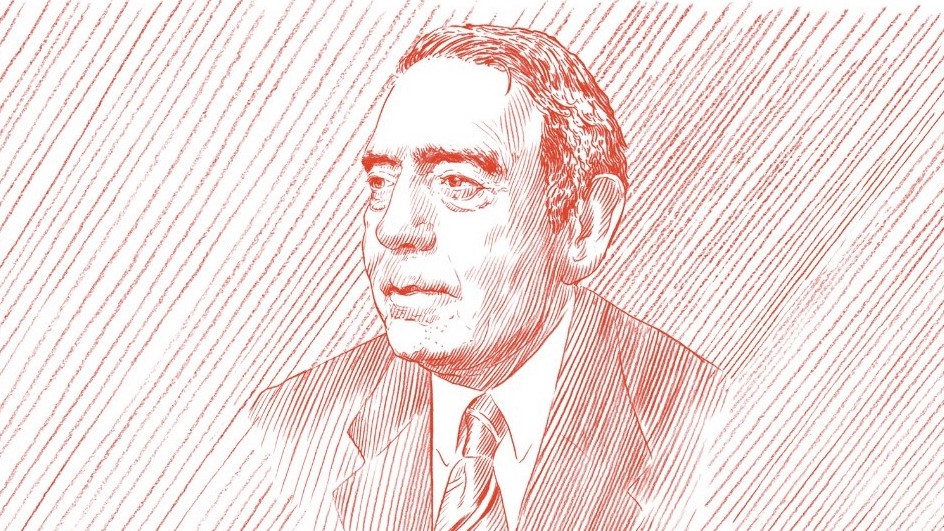 The liberal Columbia Journalism Review was thrilled to get an interview with disgraced anchorman Dan Rather.Their headline was "Dan Rather on Trump, Nixon, and why he never worked in network news again." As if pawning off forged documents as "news" wasn't an obvious reason.

CJR mourned alongside Rather, and words like "forgery" weren't mentioned, with the exception of an off-hand notice that "Documents supporting the story were later called into question."

KYLE POPE: I don’t want to go into great detail about the National Guard story, but one of the things I find particularly interesting about it is it was an early example of this fake news swarm. A story becomes political, a group of partisans sort of swarms around it, tries to discredit everybody involved in it, targets somebody to bring them down because they don’t like what was reported in the piece. We’re living now where this is happening every day. But I think this was one of the first, right?

DAN RATHER: I think that’s true. Looking back on it, I believe that to be true. And that is exactly what happened.

Then Pope apologized again for returning to the scene of Rather's demise: "Sorry to bring it back up again. But I do think, to look at it from the perspective of today, is particularly interesting because I do think it set a template." A "template" was set: half of America now automatically laughs when Rather and network news people think they are not a "group of partisans" trying to bring someone down.

If CJR and Pope aren't willing to describe Rather's phony National Guard memos as "Fake News," then perhaps they should get out of the "journalism review" business. Then came this howler:

POPE: Your whole persona and your whole worldview about journalism, when you were at CBS, was “I’m going to give you the facts. We’re going to report the facts and you’re going to make a decision.” We’re in a different mode now. Is it that the moment requires that? Or do you worry at all about what appears to be a more opinionated press?

RATHER: ....We journalists have got to be careful, the press as an institution’s got to be careful, and assess where we are in trying to speak truth to power, and truth to the public in this atmosphere. So, in journalism as a whole, I understand and applaud what we’re doing. And at the same time, I say to myself, I’m not in a position to give people advice. We better be careful and assess as we go. But I don’t think, in good conscience, a leader at the Times, the Post, what other position could you take, when you’re met with the full power of the presidency? A president who is trying to convince the public that the press as an institution, these people are “Enemies of the people.” I don’t see what alternative journalists of conscience could have.

Pope also gushed about his Rather chat on Twitter: 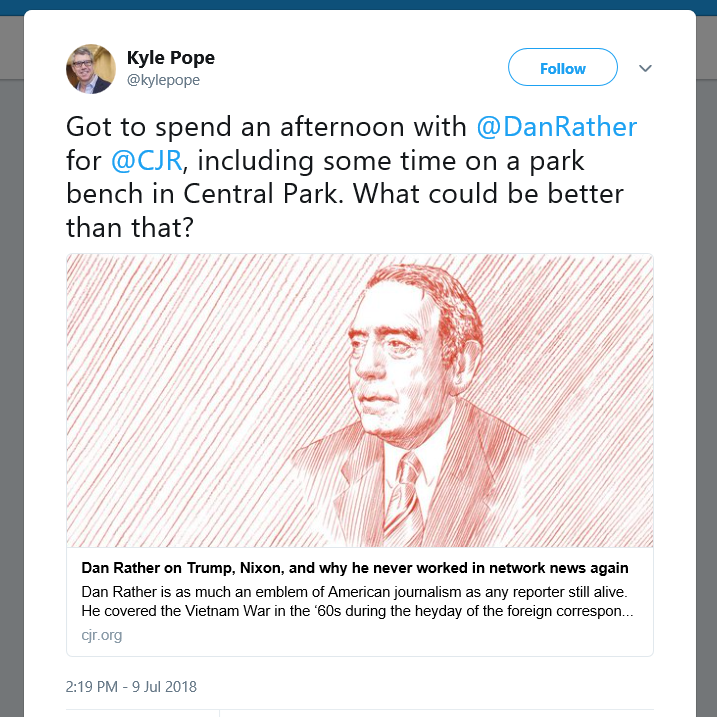 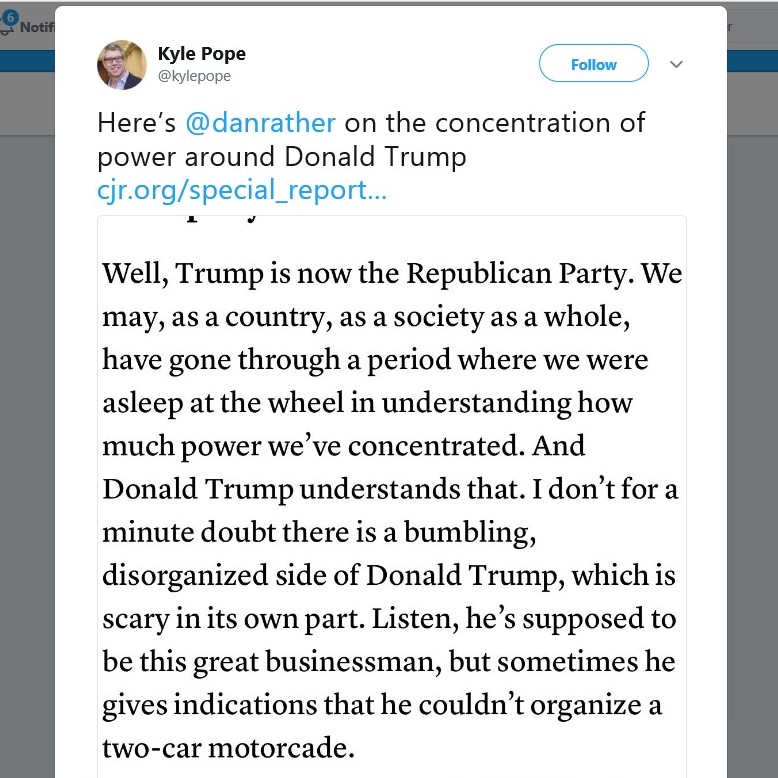 PS: Speaking of ludicrous, Rather thinks it's "amusing" to define him as liberal:

RATHER: I’d like to think I’ve never forgotten from where I come. It’s always amused me, and bemused me somewhat, the effort to create the picture of me as an Eastern effete, elite—

RATHER: Liberal. Look at the record. I was born in Texas. I’m not playing humble beginnings here, but my father was a ditch digger, a pipeliner. I went to all public schools. Basically never saw anything outside of Texas until I volunteered to go to the Marines. I had one of the shortest and least distinguished records in the whole history of the Marine Corps; wasn’t in very long, didn’t see combat, all of that. This is not the picture of somebody who was fortunate enough to go to Harvard or Yale, it’s just so.

Those of us in the press—and I include myself in this criticism—have done a very poor job of reminding people of what it is we’re trying to do.