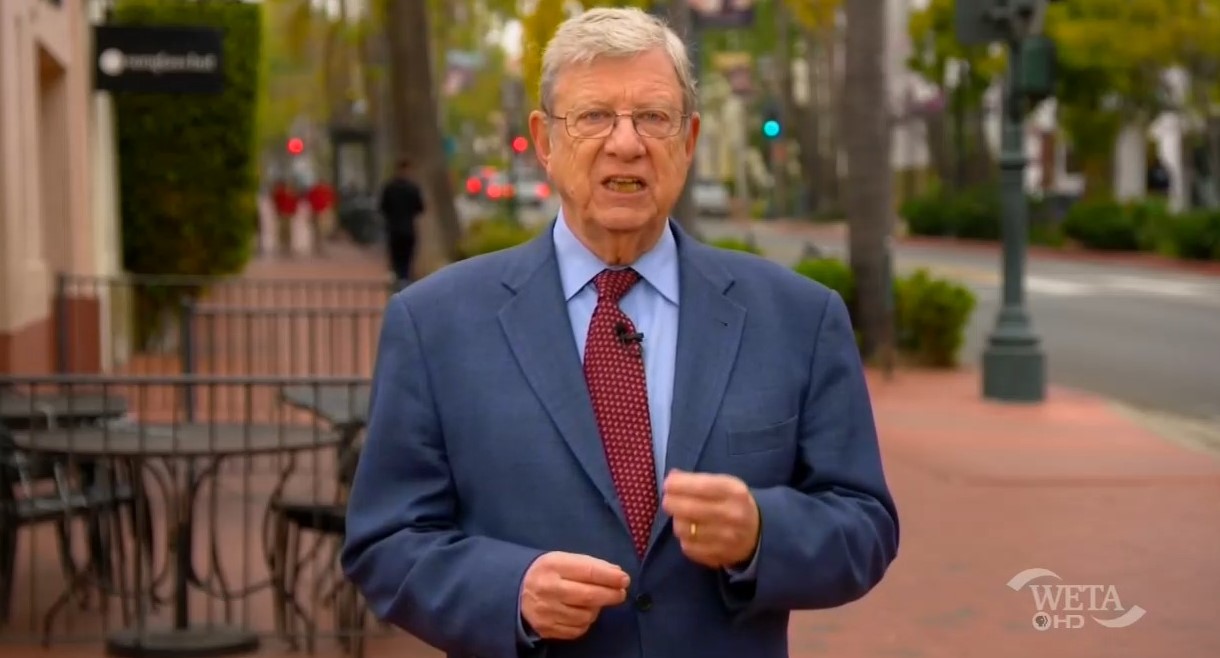 Long-time network political analyst Jeff Greenfield has a column at Politico provocatively titled “ The Left’s Year of Magical Thinking: Fantasies about the Second Amendment, the Mueller investigation and Stormy Daniels threaten to sabotage the Democrats in November.”

Greenfield begins with a nightmare scenario in November when the Republicans keep both houses of Congress, and even gain Senate seats. He claimed “Some of the most damaging blows to Democratic hopes this year are friendly fire.”

He says “The most recent – and most harmful” example was the New York Times op-ed by former Supreme Court justice John Paul Stevens advocating for a repeal of the Second Amendment. Not only is repeal a wildly implausible scenario....

If you are a senator like Joe Donnelly, or Heidi Heitkamp, or Jon Tester, or Joe Manchin, or if you are a Democrat looking to unseat a Republican House member in a rural district, your opponent has now been given a powerful weapon to argue that “no matter what my opponent says, their heart is with one of their liberal-hero judges.” At best, you have just been given a 20-pound weight to carry on your shoulders.

The second example was the tweet from the Planned Parenthood champter demanding a Disney princess who’s had an abortion/ immigrated illegally/ joined a union, and/or is transgender. The tweet hurts Democrats in red districts who have to “navigate these cultural minefields.”

But it’s most intriguing when he slams liberal cable news for obsessing over the Russia probe when there are other juicy liberal agenda items:

Finally, I’d add to this list what I call “magical cable news thinking.” My anecdotal sense is that countless liberals are drawn to the never-ending, numbing procession of TV panel after TV panel, all focused on the Mueller investigations and what they might yield. (Stormy Daniels has now become the second obsessive subject.) Whenever I click on CNN during prime time, it feels like Groundhog Day. Each hour seems to promise that any minute now, federal marshals will parade down Pennsylvania Avenue with warrants and cuffs. And for many Democrats, the promise of a House takeover in 2019 is that impeachment hearings will begin roughly 30 minutes after Paul Ryan hands the gavel over to Nancy Pelosi (or her successor).

Maybe one or both of these events will transpire, although it’s hard to divine much from the reported communication from Mueller to Trump’s lawyers that the president is a “subject” but not a “target” of the special counsel’s investigations. But if Democrats should have learned anything from 2016, it is that the low regard in which most Americans hold Donald Trump does not necessarily translate into votes for Democrats.

This might hurt Greenfield's chances of turning up on Reliable Sources, since Brian Stelter doesn't think CNN obsesses over Trump with panel discussions.

Greenfield argued that actual policy items are more helpful, like Republicans "diluting" Medicaid and weakening fuel-effiency standards, or a potential furor over funding the Gateway Tunnel between New York and New Jersey: "These are the kinds of stories that a 24-hour news network ought to be covering extensively. They should also form the arguments that a party seeking a return to political power ought to be hitting, repeatedly and forcefully."

Note how easily liberal journalists put those notions hand in hand: 24-hour news networks forcefully developing the arguments for the Democrats to return to power.