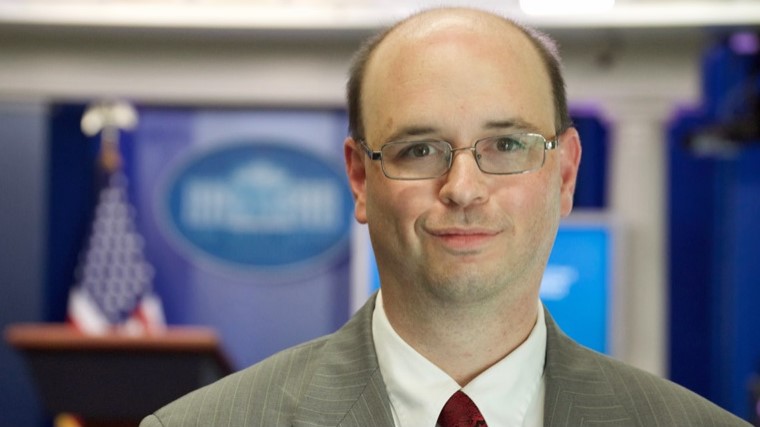 The liberal media is still defending its “mainstream” presence and trying to shame the Trump team out of “normalizing” conservative media outlets. On Saturday, The Washington Post published an article headlined “Press pool, no longer just for the mainstream.” The online asked "What's a legitimate news outlet?"

Media reporter Paul Farhi relayed the panic over the strange being who was assigned as the pool reporter for the vice president: Fred Lucas of the Daily Signal.

An “employee of the Heritage Foundation, a conservative think tank…a journalist employed by an organization with a vested interest in the direction of White House and federal policy.”

Let those words sink in. Then imagine the idea that Comcast, or Disney, or CBS Inc., or Time Warner (with a merger in the works) isn’t “an organization with a vested interest in the direction of White House and federal policy.” Comcast, the owners of NBC Universal, have one of the biggest lobbying operations in the capital.

The giggles continue. Lucas of the Daily Signal “crossed a symbolic line, into greater legitimacy for the partisan press.”

Farhi turned to Andrew Seaman of Reuters, the chair of the Society of Professional Journalists ethics committee, for more unintentional humor. Seaman said “that it’s concerning that news organizations with a clear and stated bias are serving as the eyes and ears of the White House press corps, regardless of their political leaning.”

Baloney. No one’s writing a story when the clear “leaners” are the left-wing “mainstream.” They all pick up a story from leftists like Mother Jones without two seconds of a pause.

Seaman added: “In a perfect world, only news organizations with editorial independence and proven track records of reliability should be able to provide pool reports for the White House or any other government agency or official.”

Pardon me if I don’t read “news organizations with editorial independence and proven track records of reliability” to be code for “outlets dedicated to resisting that dangerous, bigoted, closet authoritarian in the White House.” Outlets who think like, say, Dan Rather or Brian Stelter, who thinks Rather is a hero. But the conservatives are "illegitimate" from the word Go.

Seaman displayed his location inside the liberal bubble by summarizing the Farhi story in a tweet: “The partisan and impartial press butt heads at the White House.” Trump is facing an "impartial" press in the briefing room. "Pants On Fire," Seaman.

A pool reporter tries to summarize for the rest of the press what he or she has seen and heard. In this case, a reporter would tell his colleagues what Mike Pence did and said, maybe how he was dressed. It's not usuallly a beat for wild editorializing. The audience is just your fellow reporters.

So allow me to confess this story is personal to me and the Media Research Center. I worked for a conservative “partisan press” outlet in the first two George W. Bush years, World magazine. I never dreamed of applying to be a pooler. Other reporters looked at me like I was an alien. Back then, the most opinionated pool reporter was....Dana Milbank of The Washington Post, who drew attention to himself with snide recollections of "Lawrence A. Fleischer" (Ari Fleischer).

Fred Lucas is a friend and a veteran of MRC’s news outlet, CNSNews.com. So is Rob Bluey, who runs the Daily Signal. Melanie Arter, a 17-year CNSNews veteran, friend, and colleague, is accredited in the White House press corps.

Farhi balanced out this story with a beautifully “vigorous” defense from Rob (who broke the story of Dan “Partisan Press” Rather lying about George W. Bush’s National Guard service in 2004 at CNS):

The Signal’s editor, Rob Bluey, vigorously defended his organization’s presence in the pool, saying there’s “a hard firewall” between Heritage’s policy and lobbying operations and the Daily Signal’s newsroom.

Heritage’s leadership, including its president, former senator Jim DeMint (R-S.C.), has “never ordered us to cover any story” in the Daily Signal’s existence, Bluey said. “I wouldn’t work here, and the talented journalists we’ve attracted to work here wouldn’t be here, if we were receiving direct orders from Jim DeMint and the Heritage Foundation.”

….In view of all this, Bluey said the Daily Signal handling of pool duties “isn’t really new territory.” He said there’s “a double standard” at work in Washington about determining what is and what is not a legitimate news organization.

“Who owns The Washington Post?” he asked rhetorically in reference to Jeffrey P. Bezos, The Post’s proprietor, who also is founder and chief executive of Amazon.com. “He doesn’t have an agenda, too?”

As a candidate last year, Trump accused Bezos of buying The Post in 2013 to advocate on behalf of Amazon on issues such as sales taxes and antitrust enforcement. He offered no evidence for his assertions.

Guess who else offered no evidence for his assertions of bias? Farhi in this story. He never cites a single example of “partisan press” reporting by the Daily Signal.

In an era where media outlets are accepting more and more donations from foundations or individual large donors with an interest in politics, it's not just the Heritage Foundation that has partisan funders. (George Soros funding NPR, for example....)

PS: The worst phrase in this story for conservatives was the smear on the front page of the Style section, just before the jump: “The slope could become even more slippery if extremist or racist organizations sough similar status.”

This, from a newspaper who has a slippery reporter named Wesley Lowery dedicated to advocacy against alleged racism by police departments. A man “extremist” enough to write books suggesting the “man” wants black people dead. The title is They Can't Kill Us All.