New York Times TV writer Dave Itzkoff caused liberals to buzz about how they miss David Letterman on television with an article on Friday headlined “Letterman Has No Love for ‘Damaged’ Trump.”

Letterman was furious about Trump’s mockery of New York Times reporter Serge Kovalesky, saying the mockery showed Trump was a “damaged human being” and “a person to be shunned.” He added Trump needs “an appointment with a psychiatrist....a diagnosis and a prescription.” He also compared him to “moths.”

ITZKOFF: Jimmy Fallon seemed to try a different approach, by not even addressing Trump’s controversies, and it got a negative reaction [from liberals like Itzkoff]. How would you handle Trump as a guest now? 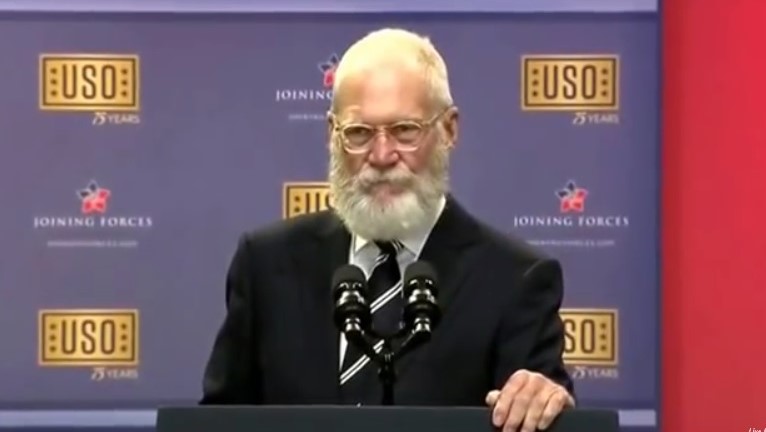 Letterman said Trump used to be the “perfect guest” who would show up and be mocked, but Trump the presidential candidate is beyond the pale:

I can remember him doing an impression, behind a podium, of a reporter for The New York Times who has a congenital disorder. And then I thought, if this was somebody else — if this was a member of your family or a next-door neighbor, a guy at work — you would immediately distance yourself from that person. And that’s what I thought would happen. Because if you can do that in a national forum, that says to me that you are a damaged human being. If you can do that, and not apologize, you’re a person to be shunned.

Like a good Democrat, Letterman was pleased the Clinton campaign used his mockery of Trump during a CBS interview in a campaign commercial:

ITZKOFF: How did you feel about the Clinton campaign using the Late Show video in an anti-Trump ad?

LETTERMAN: It made me a wealthy man. [laughs, then seriously] I was flattered. I was pleased. I felt like I still have a small voice in this. I thought it was good. Slowly but surely, everybody got sucked into this vortex. “Did you hear what Donald Trump said?” And everything downstream got worse and worse. Poor Ruth Bader Ginsburg gets sucked into it, and I’m thinking, Oh, don’t take the bait, ma’am. Then she says so-and-so and she has to apologize. Kids, if you turn off the light, the moths will stop coming.

PS: Barack Obama’s campaign mocked John McCain’s inability to use a computer in a 2008 TV ad, but that never stopped Letterman from having Obama on his show over and over again. Obama was not "damaged." He wasn't compared to insects. There was no shunning. Joe Biden walked away from the ad in the toughest part of a softball interview with Katie Couric:

OBAMA AD: He admits he still doesn't know how to use a computer.

COURIC TO BIDEN: Are you disappointed with the tone of the campaign? The “lipstick on the pig” stuff, and some of the ads -- you guys haven't been completely guilt-free, making fun of John McCain's inability to use a computer.

BIDEN: I thought that was terrible, by the way.

COURIC: Why'd you do it then?

BIDEN: I didn't know we did it and if I had anything to do with it, we would have never done it. And I don't think Barack, you know. I just think that was-

COURIC: Did Obama approve that ad? He said he did, right?

BIDEN: The answer is I don't think there was anything intentional about that.