Time Columnist Lovingly Imagines Denying the Vote to People Over 65 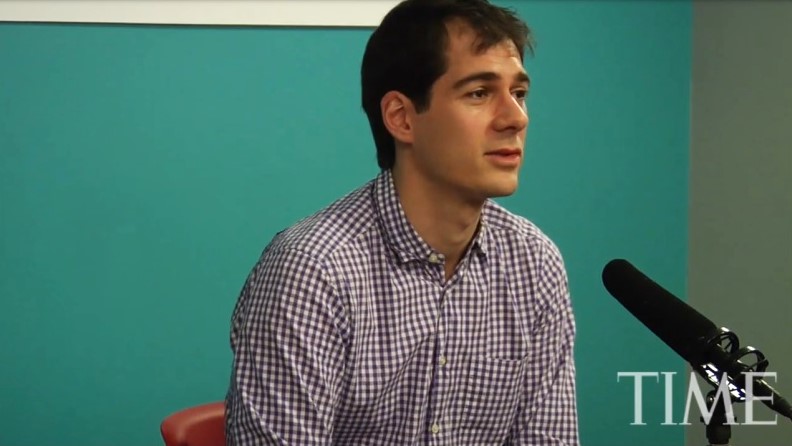 Time’s resident humorist Joel Stein was mysteriously selected to write their latest cover story with the hair-on-fire headline “Why we’re losing the Internet to a culture of hate.” It’s mysterious because Stein has written some very troll-like commentary over the years, such as Christianity is a “death cult,” (living with Christians is like "living with children") and "I Don't Support Our Troops." He even imagined Obama as the "Dictator of My Dreams."

But even in the very issue that Stein is complaining about ugly speech taking over the World Wide Web, he’s written a column “joking” about taking the right to vote away from old people, because they stink  at voting. The headline was “Why older people shouldn’t vote – and other ideas unpopular with my parents.”  Stein began:

Old people aren’t good at voting. I don’t simply mean that they don’t vote like I do, or I would also say that old people are bad at watching TV, picking restaurants and gauging my interest in stories about their friends’ children.

No, old people vote shortsightedly, choosing the least progressive outcome. In surveys in the U.S. and the U.K., people over 65 — compared with people under 30 — were nearly twice as likely to be against gay marriage; twice as likely to be pro-Brexit; half as likely to support legalization of marijuana; nearly five times less likely to want to spend money on education; 60% more likely to vote for Donald Trump; and nearly 50% more likely to say immigrants have a negative impact on society, despite the fact that they are being wheeled around by them. Whether these figures are accurate is irrelevant, since old people are so bad at Googling.

Their poor choices were always a problem, but it’s become far more acute now that there are so many of them. The over-65 generation does not accurately represent our country, because they are overwhelmingly white and actually vote. So, unfortunately, we’re going to have to bar them from voting.

He’s joking….a little bit. It would mean both nominees for president couldn't vote. He’s kidding, but he loves the sound of it. He interviews his elderly father and mother to lighten up the mood, but he also turned to anti-voting experts, a curious move for liberals who usually insist it’s racist Republicans who want to deny people their right to vote:

Looking for a counterargument, I called Jason Brennan, a Georgetown philosophy professor whose new book is titled Against Democracy. He said my antidemocratic idea was worth investigating as it might lead to a better result. We should pick the best people to vote and take emotion out of the process. “If you go back 300 years, there’s this idea that kings are majestic and the rest of us are not,” he said. “We didn’t equalize it by taking kings down. We said everyone has majesty. I think that’s silly. We should think of voting rights as plumbing licenses.” This made sense to me, since I would not want a really old guy working on my sewer pipes.

Stein joked his mother greeted his idea by “moving through the five stages of grief over a Hypothetical Situation that Was Clearly Made Up for a Column and Will Never Happen.” But he loves the idea anyway:

Admittedly, a law barring old people from voting might not make it past the Supreme Court, since some of the Justices are very, very old and the 26th Amendment is very clear. And I can’t take something away from my mom that she enjoys so much, except that Drop7 game, which would be ironic, since she spent so much of my teenage years telling me to stop playing video games and go outside. Though it might not be the worst thing if we switched the election date and announced it only on Snapchat.