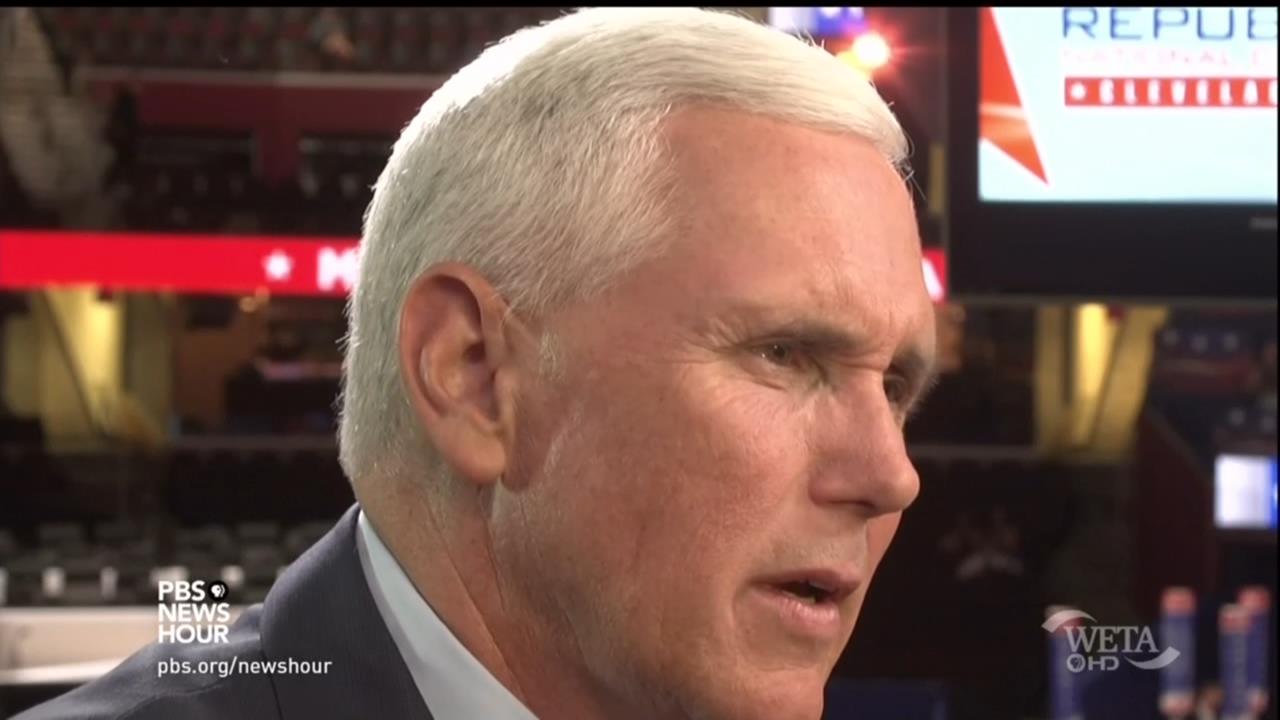 PBS NewsHour anchor Judy Woodruff was awarded an interview with Republican vice-presidential nominee Mike Pence for Thursday night's newscast, and she questioned Pence from the right about whether Trump can be someone social conservatives can support.

"You have spent virtually your entire life as a deep believer in Christian values, Christian conservative values. That has not been a centerpiece of Donald Trump’s campaign. Do you think you are going to be able, with your own beliefs, to persuade him on issues like LGBT rights, on — I don’t know, on the issue of abortion? Do you think you can change his views in those areas?" Pence said how grateful he was for Trump's pro-life stand in this campaign.

But what really stood out was Woodruff's repeated protests against "pretty harsh criticism" of Hillary Clinton. She said "Last question," and then asked the same question three times, insisting the Republicans were just too harsh.

JUDY WOODRUFF: Last question. A lot of, I should say, the talk at this convention from the stage and from the delegates has been pretty harsh criticism of Hillary Clinton. We have heard, "Lock her up." We have heard -- we have seen the signs, "Hillary to prison," talk of indicting her. 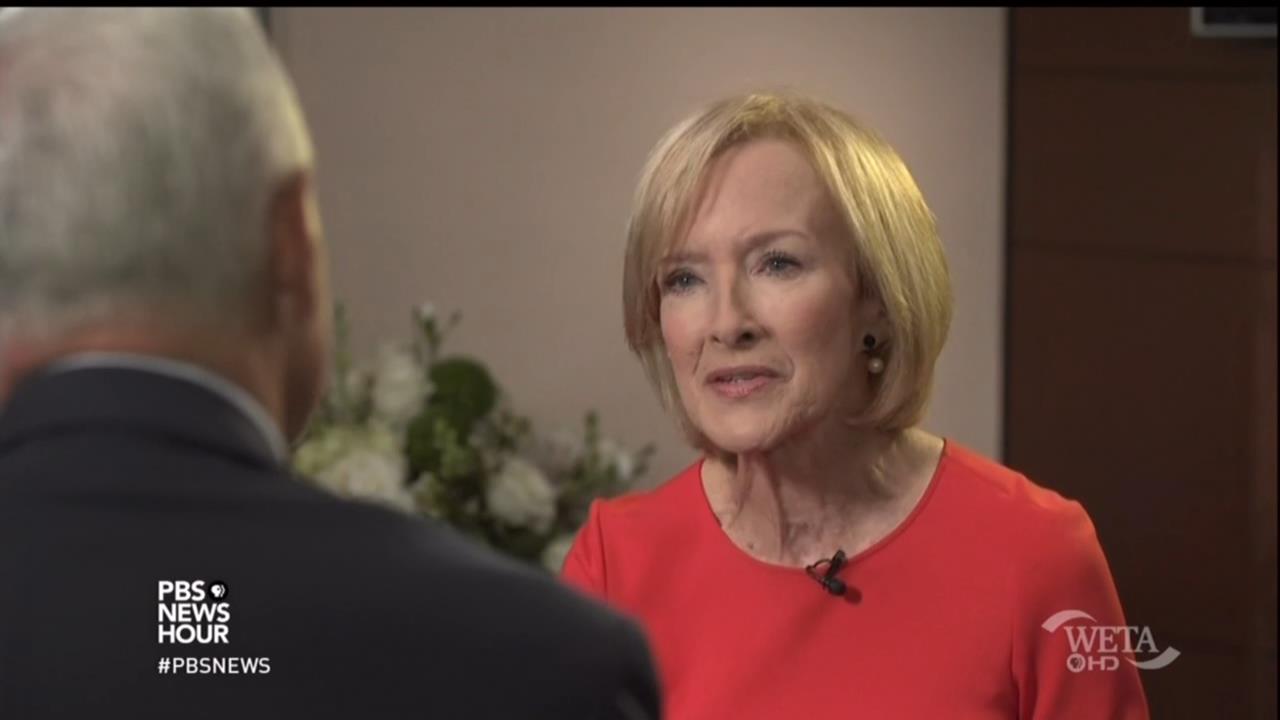 WOODRUFF: But for the last three nights, "Lock her up" has been a refrain we have been hearing.

PENCE: People are frustrated, $19 trillion in national debt that just hasn't been piled up by Democrat administrations. It's been nearly doubled under this administration....

WOODRUFF: Different, but does it have to be so negative, is my question?

PENCE: I think we have got to lay out the choice for the American people. It's a choice between change and the status quo.

For some of us, it recalls Woodruff's PBS interviews way back in 1992, when she asked Mrs. Clinton "How important do you think it is that Hillary Clinton not become an issue in this campaign, and I ask that, because Repulicans, conservatives are already saying, you know about the articles that have been written -- 'She's very liberal, she came into this campaign being the wife of a governor with a strong set of opinions about everything, to children's rights to aid to the El Salvador rebels and so on and so on. How important is it that that not enter in, and should it enter in?"

Weeks later, when she interviewed Barbara Bush, it was all hardballs about tone. "U.S. Treasurer, Mrs. Villalpando, who just said yesterday, who joked that Gov. Clinton is a skirt chaser....Does that have a place in this campaign?" Mrs. Bush earned some cheers for pushing back with the obvious rejoinder: "Where were you during the Democratic convention, defending us?"