Politico's Thrush to Obama: I Had 'Candidate Envy,' Wanted to Ride on Your Campaign Bus

Politico’s Glenn Thrush was granted a 30-minute interview with President Obama, perhaps because the dominant issue was gauzy nostalgia over how awesome Obama was on the trail in 2008. It carried the flavor of the “Chris Farley Show” skit on Saturday Night Live. “Remember when you said you were Hope and Change? That was awesome.”

Thrush told the president that covering Hillary Clinton wasn’t great: “I was with her for 18 months in 2007 and 2008. It was the Bataan Death March.” He and other reporters had “candidate envy,” because Hillary’s events weren’t as dazzling: 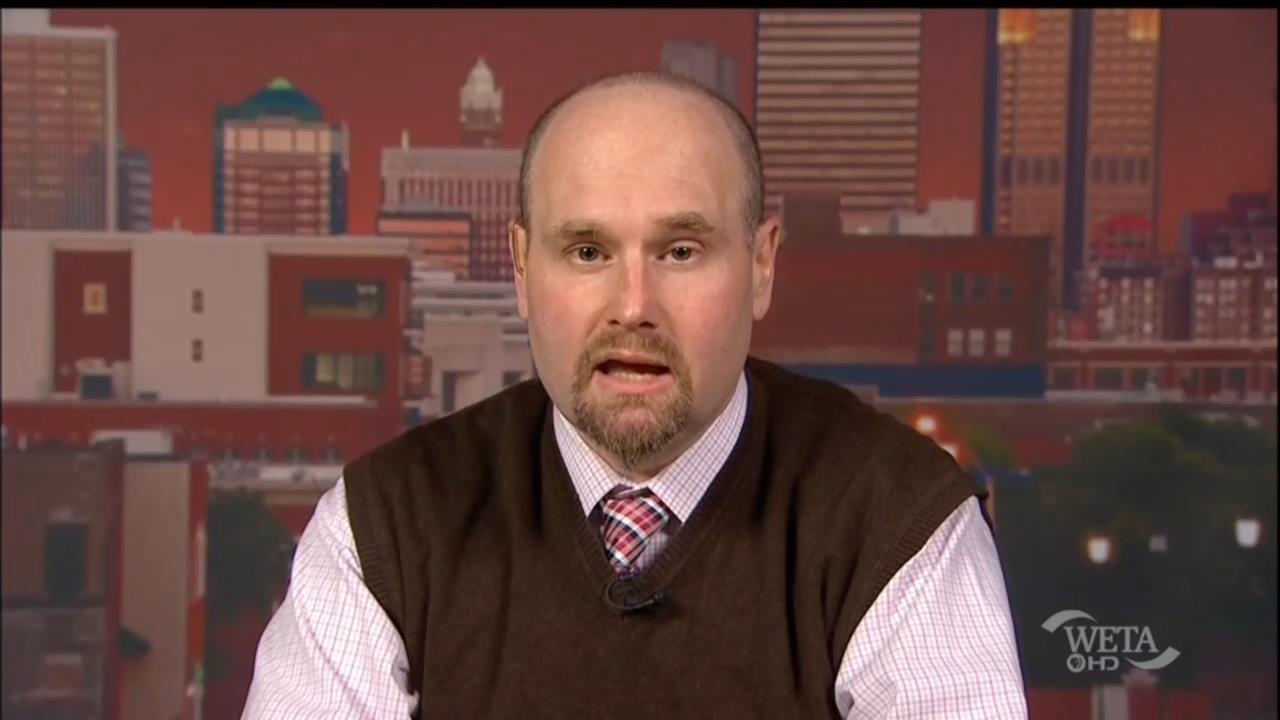 GLENN THRUSH: I was — look, I was on the other bus, and we had candidate envy, right?

THRUSH: Because we'd ride around and we’d see the lines wrapping around your venue…

THRUSH: …and we’d be like, ‘This was not all that great.’ [ Obama laughs.]  When you were looking across — well, first of all, have you ever talked to Hillary about Iowa? Have you ever compared notes or given her a little sense of what you might want to do?

OBAMA: Yeah, we’ve had a conversation broadly about the importance of a Democrat winning. And I've had conversations with Bernie about, you know, issues that he's interested in or concerned about. I have not been trying to, you know, kibitz and, you know, stick my nose into every aspect of their strategy.

THRUSH: But you were pretty good. I don’t think anybody knows it better than you.

Thrush insisted Obama was a "great organizer," and he appreciated community organizing, unlike those Republican demonizers, citing several of Obama's 2008 caucus organizers in Iowa:

THRUSH: And they said, you know, he's been in a really nostalgic mood lately about Iowa, that he's kind of watching this from a distance, you know?

THRUSH: Maybe he wants to suit back up and get in the game, right? [Obama laughs.] Tell me about that. How do you feel about watching this and seeing all this take place?

OBAMA: Well, I've said this before: The caucus process in Iowa was, for me, the most satisfying political period of my career, just in terms of campaigning and politics. And the reason was that it vindicated — in my mind, at least — my view of what politics should be....

THRUSH: And you also appreciated that kind of— You know, a little bit about my career: I started off covering housing organizing in New York City. So, I understand organizers, right?

THRUSH: You understood organizers, too. You were ridiculed by Republicans for understanding organizers, but organizing is essentially — it's the building block of everything that you accomplished, right?

OBAMA: Absolutely. And these kids were better than I ever was at organizing. And—

THRUSH: What? You weren't a great organizer?

OBAMA: Well, I — I wasn't as good as them. You mentioned Tewes and Mitch, those were the senior statesmen of the organization.

Thrush wondered if Obama missed the "vitality" of 2008, when he was in the "vanguard" of communications, when he wasn't yet that isolated, lonely president:

THRUSH: Which is interesting, because in 2008, you seemed to be really on the vanguard of that stuff. Things moved really fast, yeah.

OBAMA: Going back to Iowa, there's no doubt that we were early adapters of everything and part of that was, I had a bunch of twenty-somethings who were already using stuff that I had never heard of.

THRUSH: But you — do you miss, I mean, do you miss sort of the vitality of that period of time? Clearly, you’re in a much different place. Is that part of this, the fact that this was a time where you were just closer to the ground and there was more vitality?

OBAMA: Oh, absolutely. Yeah, look — now, it’s – everything in retrospect always looks great if, you know, if you were successful.

THRUSH: Well, I was there — just there for six days, and I'll tell you, it's a little bit — particularly on the Republican side, I mean, the tenor is just way, way different.

THRUSH: You ever wake up and, you know — you know, your whole campaign was about bringing rationality and comity to the entire process.

THRUSH: You ever wake up and say, “What the hell happened?”

OBAMA: [Laughs.] I do. And obviously, I spoke about this at the State of the Union. I am very proud of what we've gotten done over these last seven years, and I am excited about what we can do this last year. A singular regret for me is the fact that our body politic has become more polarized, the language, the spirit has become meaner than when I came in.

And yet Obama also admitted to Thrush that his team was "tough in ads" in 2008, and he got a pass from the media, that the media laid into Hillary when she tried to raise issues against Obama:

OBAMA: I think that the truth is in 2007 and 2008, sometimes my supporters and my staff, I think, got too huffy about what were legitimate questions she was raising. And, you know, there were times where I think the media probably was a little unfair to her and tilted a little my way in the — in calling her out when she was tough and not calling some of our folks out as much when we were tough in ads.

Somehow, Thrush didn't respond with another helping of: "What? You were mean in 2008? No, you were all rationality and togetherness."