In 1992, late-night TV host Arsenio Hall made a bad joke comparing the Pat Buchanan for President campaign to black-and-white Nazi footage. In 2016, the target is Ted Cruz. Alex Nazarayan, a writer for the shell of a publication branded as Newsweek, caused a Twitter frenzy when he compared Cruz to the Nazis, as captured by John Nolte at Breitbart: 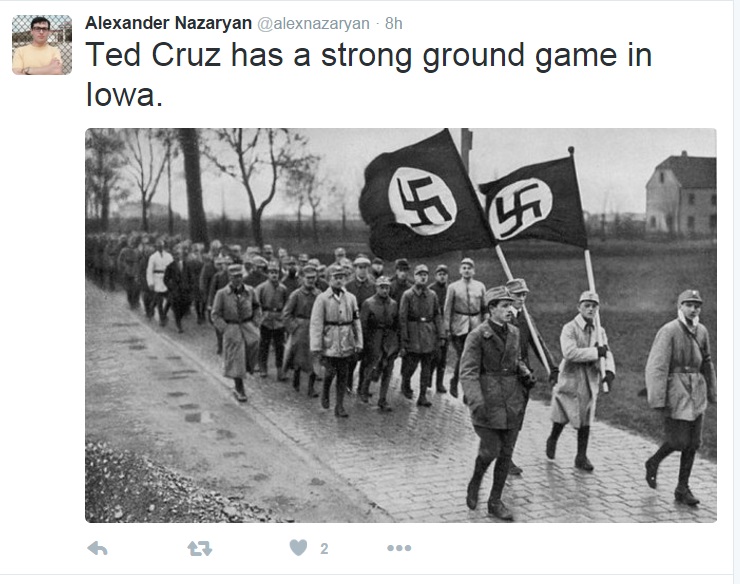 Before joining Newsweek the monthly, Nazaryan was an editorial-page staffer at the New York Daily News, the NRA-are-terrorists paper, so the acorn didn't fall far from the tree. 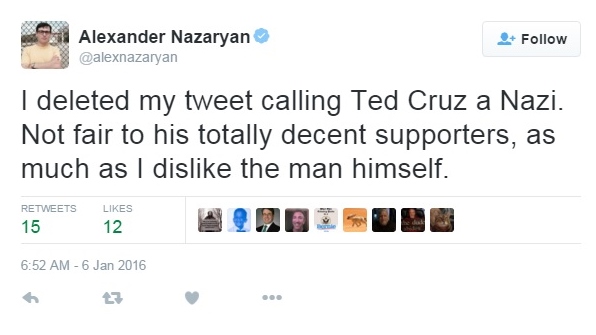 But yesterday, Nazaryan also tweeted "Ted Cruz is an atrocity of a human being."

"I would like to express on behalf of Newsweek our disappointment that this occurred and reiterate that this does not align with our editorial values," the magazine's editor-in-chief, Jim Impoco, said in a statement provided to the Washington Examiner's media desk.