Amanda Terkel at The Huffington Post was stirred to write a story headlined “Catholic Newspaper Names Same-Sex Marriage Plaintiffs 'Persons Of The Year’.” If this seems like a prank headline, it sort of is: the “Catholic” newspaper is the Kansas City-based leftist “social justice warrior” rag calling itself the National Catholic Reporter. Terkel can’t find an ideological label, just the term “independent.”

The National Catholic Reporter has named two of the men at the heart of the Supreme Court's landmark same-sex marriage case its "persons of the year."

Greg Bourke and Michael DeLeon were two of the several dozen plaintiffs in the case Obergefell v. Hodges. In June, the Supreme Court ruled in favor of these couples and legalized marriage equality nationwide.

"Bourke and DeLeon are emblematic of this major challenge facing the church today, because they force us to ask not how will we live out a hypothetical situation, but how will we live with Greg and Michael. They give flesh to an abstraction," the National Catholic Reporter wrote in an editorial Monday.

"The answers the church is giving now are confused, uneven and often cruel," it added. "Greg and Michael -- and countless gay, lesbian and transgender Catholics -- deserve better." 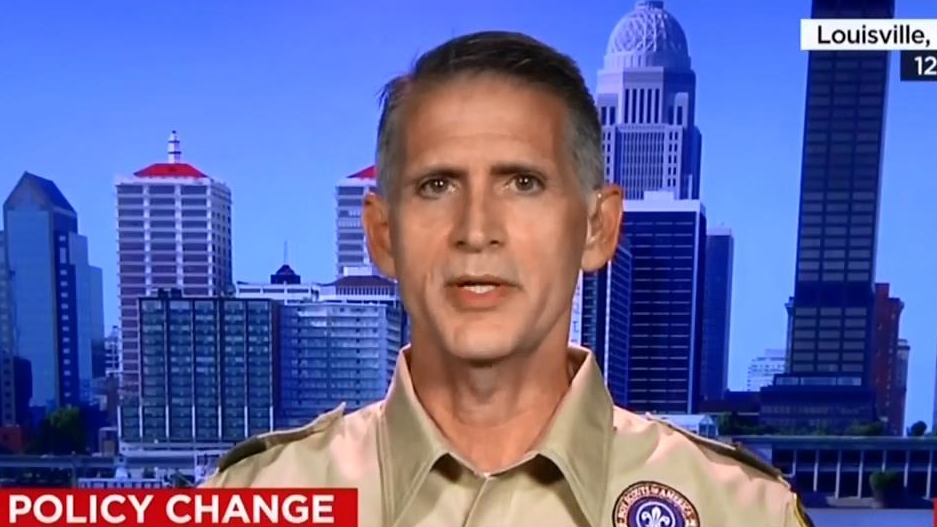 Bourke became a public activist as a gay scoutmaster trying to force the Boy Scouts to change their policies on gays, which succeeded. Now they're taking the crusade to the Vatican. Terkel added her old reporting from March about how the Catholics in their town side clearly with the radical left and pop culture and not with church teaching:

Both men have been active in their Catholic parish, Our Lady of Lourdes, for nearly 30 years. In March, The Huffington Post spent an evening with Bourke and DeLeon in Louisville as they worked a Friday fish fry during Lent.

"I've been here almost four years, and there might be a handful of people who are uncomfortable," Father Scott Wimsett, the pastor of Our Lady of Lourdes, said at the time. "But [Bourke and DeLeon] are loved and respected and people call them. They're involved, and you see how they fit in."

"They're just good people," Wimsett went on. "And that's kind of what it's all about, isn't it?"

Bourke said he and DeLeon were "surprised and deeply moved" to receive the honor.

"The Catholic Church has long created a climate of shame and exclusion for LGBT Catholics," Bourke told The Huffington Post Monday, "and this bold statement by the National Catholic Reporter could be an important step in changing policies and rhetoric in the Church about God’s LGBT people who seek only to be included and treated with the same dignity as anyone else."

"Our warm and welcoming parish make it easy and joyous to stay," DeLeon added. "We are blessed to practice the faith of our birth, the faith that we have shared for 33 years."...

"The Catholic Church has a great opportunity here and now to embrace change," Bourke said Monday, "and move forward in creating God's church based on Christ's teachings of equality and inclusion for all."

Just like Team Obama, this pseudo-Catholic gang of leftists want the Catholic Church to welcome "married" homosexuals into all of its ministries and shred everything the Bible and the Catechism of the Catholic Church says defining marriage and sexuality:

Bourke and DeLeon are lucky in that they are only parishioners and volunteers. Their livelihoods do not depend on the institutional church. In 2015, at least 10 church employees in the United States lost their jobs because of sexual orientation. In nearly all cases, these were long-standing employees who were deeply respected by their school and parish communities. In most cases, their orientation and even their partners were known by the community. They experienced no difficulties until they entered civil marriages.

NCR is already on record advocating for church personnel policies that ensure that employees can enter into legal, civil marriages without fear of losing their jobs.

Unlike the HuffPost, at least the NCR piece included reaction from the "institutional Church" in their editorial:

The court's decision did not surprise Philadelphia Archbishop Charles Chaput, he said. "The surprise will come," Chaput continued, "as ordinary people begin to experience, firsthand and painfully, the impact of today's action on everything they thought they knew about marriage, family life, our laws and our social institutions."

Abp. Chaput also said "The mistakes of the court change nothing about the nature of men and women, and the truth of God’s Word. The task now for believers is to form our own families even more deeply in the love of God, and to rebuild a healthy marriage culture, one marriage at a time, from the debris of today’s decision.”