Can prominent liberal journalists ever get their brain around the idea that conservatives are sincere and not cynical when they protest liberal media bias? Ben Carson has repeatedly made the point that his memoirs are being nitpicked at a much higher rate than Hillary Clinton's or Barack Obama's. But New York Times executive editor Dean Baquet suggested to Charlie Rose on PBS on November 9 that he doesn't really "believe" that. Carson's being "disingenous," pandering to right-wingers.

BAQUET: Ever. I just think that —  I think those days ended before Bill Clinton, but they certainly completely died during Bill Clinton. I don’t think —  I mean I think it’s interesting that the candidates are all blaming the media, but I don’t think —

ROSE: And in blaming the media, they believe, are enhancing their own viability with their constituency.

BAQUET: Yeah, but I think that’s disingenuous, to be frank. I mean I think that you can’t —

ROSE:  But they believe it, though.

BAQUET: Maybe. Do they believe it?

BAQUET: I don’t know what Ben Carson believes. But I mean I could also make the case that, that people who run for office have always sort of cynically blamed the media when things didn’t go their way. I certainly have been blamed enough.

As we've proven here, the Times utterly failed to probe gaping holes in Obama's phony memoir Dreams from My Father, or his campaign-trail claims about his mother's health insurance and her cancer. But Baquet thinks it's "cynical" to protest what should be obvious. Baquet is also baffled by why anyone would think the Times is a liberal rag. Well, maybe the red states can't stand gay wedding announcements, he volunteered:

ROSE: Why does [sic] so many people think The New York Times is a liberal newspaper?

BAQUET: My own theory? Because I actually don’t think that’s true. I think —

ROSE: That their reporters have a cultural leaning in the same way that — 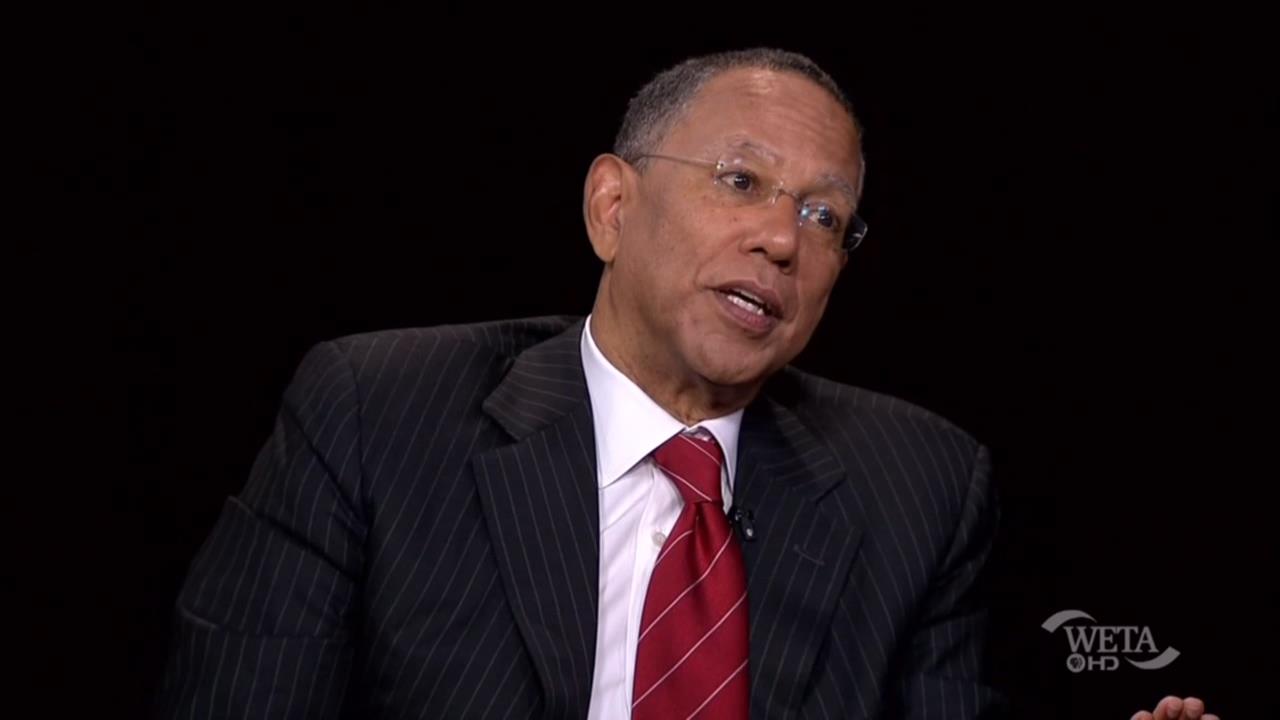 I think the reason people think it, is first off our editorial page is liberal, and I think some people can’t distinguish between the part that I run and the part that Andy Rosenthal runs. I think that’s one reason. And the other reason is we’re a New York urban paper. So we are, you know, we are, we sort of drink the waters of New York and it influences — you know, we have same-sex marriages in our wedding announcements which if you live in certain parts of the country feels uncomfortable. That’s why I think it is.

I don’t — I mean the best evidence? The liberal Democratic likely nominee for President of the United States thinks we’re unfair to her as do the most conservative candidates running for the Republican nomination. They can’t both be right, right? Right?

ROSE: Right. That is true.

Baquet and Rose chatted about how the Clintons and their assorted "correcting" organizations hammered the Times into submission on their story reporting she was under criminal investigation on her e-mails. The Clintons are never cynical when they complain!

Baquet took full responsibility: "I blame myself. That’s my job, right? I didn’t pay enough attention to it. It got online, it got into the print paper. The Clintons called us on it. They wrote me a long letter. I talked to them by phone, I said to them they were right....We crafted an editor’s note that said we were wrong and we made a mistake. And I believe in that. I mean you’re supposed to own up to your mistakes and that was a mistake.”