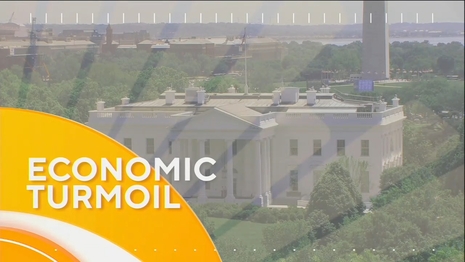 Imagine this scenario: It’s the summer of 2018 and the economy under Donald Trump has tumbled into recession with two consecutive quarters of negative growth. But the White House declares this is simply not a recession and it would be wrong for anyone to say so. Network journalists would uniformly reject this demand, mocking it as alternative facts. We would hear about the need to speak truth to the President.

But when Joe Biden last week claimed a recession wasn’t a recession, all but one of the ABC, CBS, and NBC morning and evening shows either repeated or promoted the Democrat’s economic denialism. That’s 10 of 11 broadcast network shows covering the topic since the announcement on Thursday of the negative growth.

To be sure, the networks aren’t pretending things are rosy. But they are twisting themselves in knots to avoid any kind of official declaration that the U.S. is in recession.

On Thursday's CBS Mornings, chief White House correspondent Nancy Cordes credulously repeated, “The Biden administration has been insisting... that the economy is simply recalibrating after a post-pandemic boom.”

A frequent theme in the coverage is the idea that it doesn’t matter whether we are, officially, in a recession. On the same CBS show, co-host Nate Burleson said of the R-word: “It's almost like a buzzword now.” Analyst Jill Schlesinger replied that “we don't want it to become a self-fulfilling prophecy....At the end of the day, it doesn’t really matter.”

NewsBusters media editor Bill D’Agostino created a montage of journalists flipping back and forth on the definition of a recession and how “complex” the economic issue is now that Biden is president.

Of course it matters whether the United States is officially in a recession. But on Friday’s Today show, CNBC host Melissa Lee gave away any authority that journalists might have to call a recession, punting it to others:

Only the NBER, National Bureau of Economic Research, can officially call a recession. They probably will not do that for several months. They want to see what it looks like the end of a recession before they actually call it.

However, journalists make proclamations all the time. On election nights, with no actual authority, they “declare” winners and losers. Finally, Lee eventually gave away the game, showcasing how not calling a recession is good for the Democrats and Joe Biden:

For the Biden administration, that is good news, this ambiguity,  the willingness of economists to say, “Maybe this is not a recession.” Because no one wants to own a recession on their watch.

If they weren’t labeling a recession definition irrelevant, journalists were suggesting the answer is unknowable. On Saturday’s Good Morning America, co-host Whit Johnson wondered, “When will we know, and have some idea, whether or not we are in a recession?”

On CBS Sunday Morning, John Dickerson described the whole thing as unclear, at least for now: “We’ll have to wait months until the economists assign that formal term.” Months, of course, could conveniently get the Democrats past the midterm elections.

MRC analysts looked at every network morning and evening newscast from last Thursday through Tuesday morning. They all allowed that things are bad. On Thursday’s Good Morning America, chief economics correspondent Rebecca Jarvis noted that it’s “a lot more expensive to own a home, to pay down your credit cards, to buy a new car with an auto loan.”

But of the 11 shows that discussed recession, 10 of them repeated the Biden White House talking point that it’s now suddenly difficult to define a recession. Another point worth mentioning: On Saturday, only Good Morning America had a full segment on a possible recession. On Sunday, it was CBS Sunday Morning. And nothing on the networks since then. The interest in discussing the poor economy dropped off severely.

During the Trump presidency, network journalists saw themselves as courageous lions standing up to power and demanding truth. But during the Biden presidency, these same reporters have turned into lambs, ready to redefine a recession in order to rescue the political prospects of the Democratic Party.