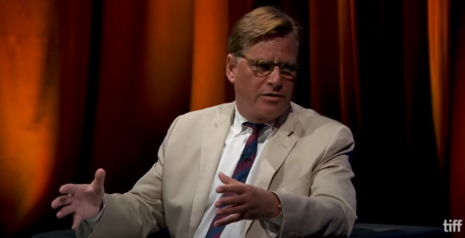 Hollywood thinks Aaron Sorkin is a “right-winger”? That's insane. There’s no other way to describe the contention that the notoriously liberal filmmaker is, somehow, conservative. Yet, that’s how another well known liberal director in Hollywood characterized the West Wing creator.

The New York Times Magazine online talked to director Adam McKay on Monday, the man who bashed Dick Cheney in Vice, as well as made comedies like Talladega Nights. After seething that the power-hungry GOP is “no longer a functioning political party with actual ideas,” McKay came up with this bizarre claim:

So I would say the real right wing in our country is the moderates; the right-wing version of me — maybe this isn’t the best example — is an Aaron Sorkin.... I’m not calling Sorkin a Republican. I’m not calling him a raging right-winger. But I would say Sorkin is slightly right of center. I think that’s fair. His interpretation of that trial was one of supporting the system. There’s a lot of dialogue in that movie about belief in our institutions.

Speaking of the man who reacted to the 2016 election by saying, “The Klan won last night,” McKay dug himself deeper to his admittedly “insane statement.”

I like Sorkin. I get along with him. I’ve had many conversations with him. He’s an institutionalist. That’s what I would say about him. It does sound on the face of it like an insane statement, but I was thinking that ideally Aaron Sorkin would be the right-wing version of me. Aaron Sorkin’s not a right-winger, but our right wing is so crazy.

But wait! There’s more. The Taliban, apparently, is an example of the “right.”

Here are just a few campaign donations by the next Ronald Reagan and Rush Limbaugh combined, Aaron Sorkin. You may notice a reoccurring theme to the contributions: 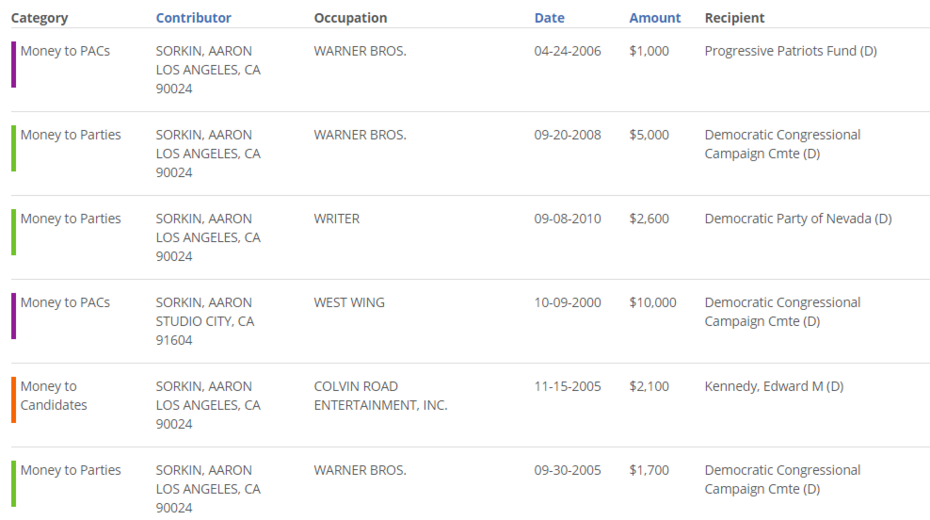 Sorkin’s most recent film is the very tone deaf The Trial of the Chicago Seven, a Vietnam-era protest movie that glorifies rioting. Is it any wonder Hollywood is out of touch? McKay thinks that reaching out to the “right” means a liberal Democrat having a dialogue with a hard-left liberal Democrat. Talk about delusional.