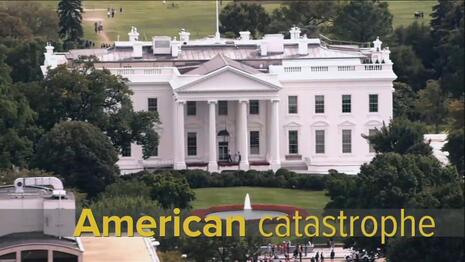 Democratic hacks posing as journalists are determined to cover for Andrew Cuomo’s disastrous handling of the COVID virus and his decision to force nursing homes to accept people with the virus. Instead, ABC’s Nightline actually ALLOWED Cuomo on Tuesday’s show to slam Donald Trump. The entire program was devoted to corona, yet there was not a single mention (in 16 minutes and 40 seconds) of the New York Governor’s fateful decision.

Host Bryon Pitts opened the show by promising an exhaustive look at who is to blame: “Tonight, America in catastrophe. COVID-19 killing more than 149,000 people. Now piecing together what went wrong. Insights from government insiders.... Why experts say a gap in leadership left millions exposed to danger.”

Who might some of these experts be? Why, Democrats of course. This included former Joe Biden chief of staff Ron Klain and Andrew Cuomo. Pitts actually mentioned New York, saying, “New York City quickly became the new epicenter for the virus.” He then featured Cuomo:

Not mentioned? How the skyrocketing cases in New York connect to Cuomo forcing nursing homes to take COVID patients, the fact that 40 percent of U.S. deaths are linked to nursing homes. As the New York Post explained:

Cuomo has come under fire for the controversial March 25 state order that required nursing homes to admit or readmit recovering COVID-19 patients discharged from hospitals without testing during the peak of the pandemic. He later repealed the policy after withering criticism, much of it coming as a result of The Post’s coverage of the nursing home debacle.

ABC isn’t alone is doing propaganda work for the New York Democrat. On June 25, CBS This Morning produced a story on nursing homes and AVOIDED any mention of Cuomo.

The propaganda on Nightline was sponsored by JC Penny and Humira. Click on the links to let them know what you think.

A partial transcript of the Nightline segment is below.

ANTHONY FAUCI: I got my team together and said “All hands on deck.”

PITTS: Why experts say a gap in leadership left millions exposed to danger.

ADM. BRETT GIROIR (Asst. Secretary for Health): We always knew that there were a lot more cases out there than we were diagnosing. 23% of people in New York City have anti-bodies, so a quarter of New York City was infected with this virus.

DR. MARY BASSETT (Former NYC Health Commissioner): It was inevitable that this novel coronavirus would show up in New York City. What they didn't expect was that it would be transmitted silently in the population and they have no tests.

GIROIR: It had been decided at some point in time, not in this administration, that test supplies were not going to be part of the stockpile. So when I looked to see what was there, there was nothing there. There's no game plan. There was nothing.

DR. MARY BASSETT: It should have not been left to each state to figure out what to do. We're all connected. I mean, honestly, this is one nation. We need one response.

BASSETT:  The reopening from a health perspective, it was reckless.

Florida now has more new cases of coronavirus daily than most countries in the world.

DAVID MUIR: By mid July, the virus becomes so out of control, some states that had reopened forced to shut down again.