How do you do a segment on nursing home deaths and COVID and NOT mention New York or Andrew Cuomo? More seriously, WHY do that? The honest answer is because you want to cover for the state’s Democratic governor and his disastrous decision to force senior homes to take corona patients.

On Thursday, a CBS This Morning segment focused on Massachusetts (a state with a Republican governor). Reporter Jonathan Vigliotti explained about the Holyoke Soldiers Home: “The 147-page report released Wednesday says the most substantial error was the decision to move all veterans, both COVID-19 positive and those with no COVID-19 symptoms, into one unit.” Hmm, what state does that sound like? Might have been a good time to mention Cuomo’s New York? Vigliotti didn’t.

Instead, the journalist danced round the issue, speaking vaguely: “Nursing homes around the country have been crushed by the pandemic. About one in five facilities have reported deaths.” He added, “Last week, a special House panel on the coronavirus pandemic launched an investigation.” 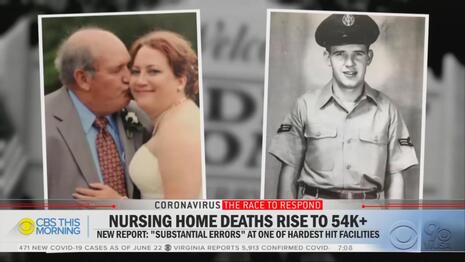 Speaking of that House investigation, Congressman Steve Scalise wrote an op-ed in the New York Post on Wednesday directly challenging Cuomo's handling of the crisis:

The novel-coronavirus death toll in New York’s nursing homes is tragic. More than 6,000 American seniors died of COVID-19 in nursing homes and long-term-care facilities across the Empire State, yet grieving families have no answers for how this happened or who is responsible.

As the ranking member of the US House of Representatives Select Subcommittee on the Coronavirus Crisis, I am charged with investigating “preparedness for and response to the coronavirus crisis.” By all accounts, New York’s handling of the crisis in its nursing homes has been a colossal failure.

The headline for the Post op-ed: “Gov. Cuomo can’t dodge accountability for nursing home deaths forever.” But, apparently, that’s exactly what CBS is trying to help Cuomo do. In May, This Morning focused on the “devastating toll” of corona on nursing home. Again, no mention of Cuomo. One can only assume that the enablers at CBS don’t care about nursing home deaths in New York.

This attempt by CBS to hide the truth was brought to you by Chase Bank, Lindt chocolate and the AARP.

ANTHONY MASON: CBS News has confirmed that more than 54,000 people living and working in long-term care facilities have died from the coronavirus. That's more than 40 percent of reported U.S. deaths. At one hard-hit facility, the Holyoke Soldiers Home in Massachusetts, 76 residents died. All of them veterans. A newly released report blames management decisions described as, quote, “utterly baffling.” Jonathan Vigliotti reports.

SUSAN KENNEY: It was preventable for sure.

JONATHAN VIGLIOTTI: Susan Kenney is heartbroken over the newly released report detailing the missteps at the Holyoke Soldiers Home. Her father, Air Force Veteran Charles Lowell, was one of the 80 residents who died of the coronavirus. The 147-page report released Wednesday says the most substantial error was the decision to move all veterans, both COVID-19 positive and those with no COVID-19 symptoms, into one unit, resulting in more than 40 veterans crowded into a space designed to hold 25.

SUSAN KENNEY: For veterans that fought for our country, just put together like cattle.

VIGLIOTTI: Workers described the move as total pandemonium, saying the space resembled a war zone. One social worker said they felt they were moving these unknowing veterans off to die. The investigation was ordered by governor Charlie Baker.

GOVERNOR CHARLIE BAKER: Veterans who deserve the best from state government got exactly the opposite. And there's no excuse or plausible explanation for that.

VIGLIOTTI: Nursing homes around the country have been crushed by the pandemic. About one in five facilities have reported deaths. Last week, a special House panel on the coronavirus pandemic launched an investigation.

DANIELLE LETROUNEAU: My father would not have died this year if it hadn't been for COVID

LETROUNEAU: I want other people's grandchildren to be able to spend time with their grandparents.

VIGLIOTTI: The state's attorney general is conducting a separate investigation to determine if legal action is warranted. The report also found the home's lead superintendent, Bennett Walsh, was not qualified to manage a long-term care facility. He was placed on administrative leave. In a statement, Walsh called the claims baseless. The state's Secretary of Veterans Affairs has resigned. Tony?

TONY DOKOUPIL: An absolute tragedy there in Massachusetts. Perhaps a preventable one. And we know not the only facility where questions are being asked. Jonathan, thank you very much. 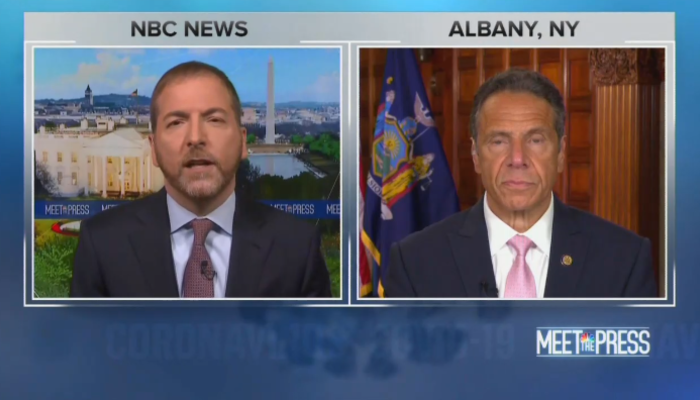 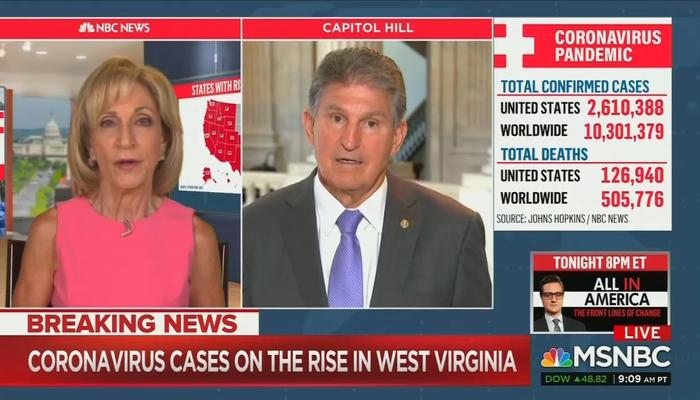 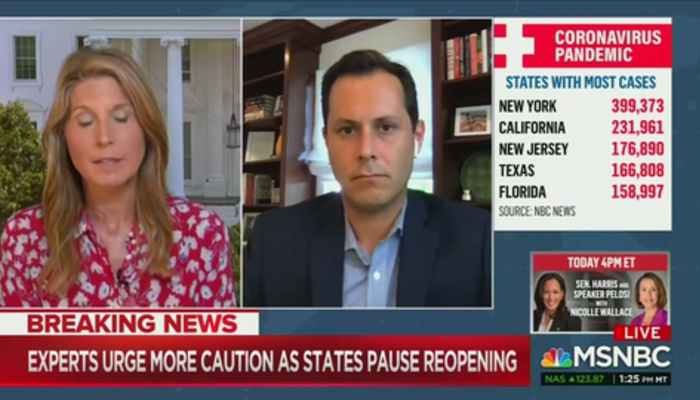 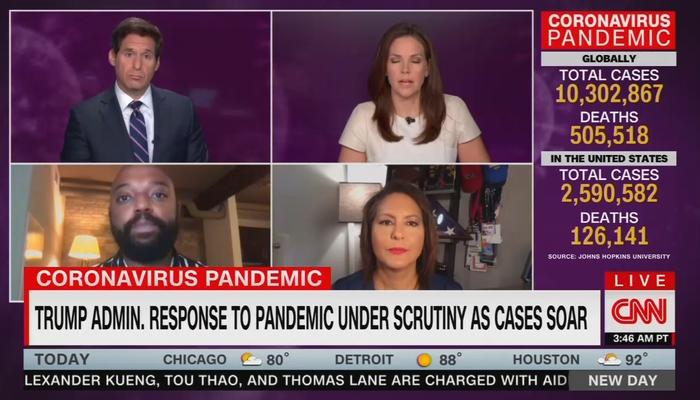 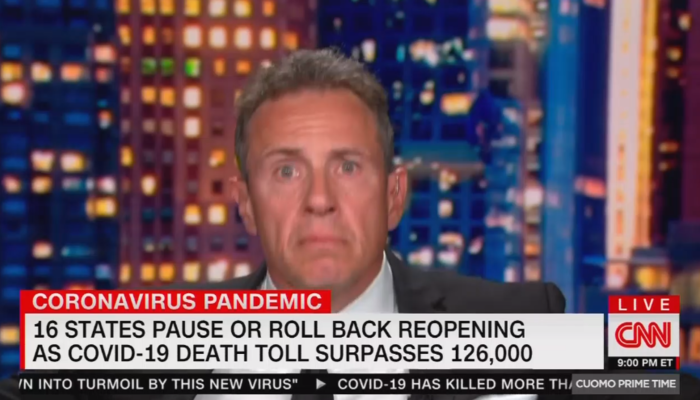 Did CNN’s Chris Cuomo Admit to Spreading His Coronavirus? 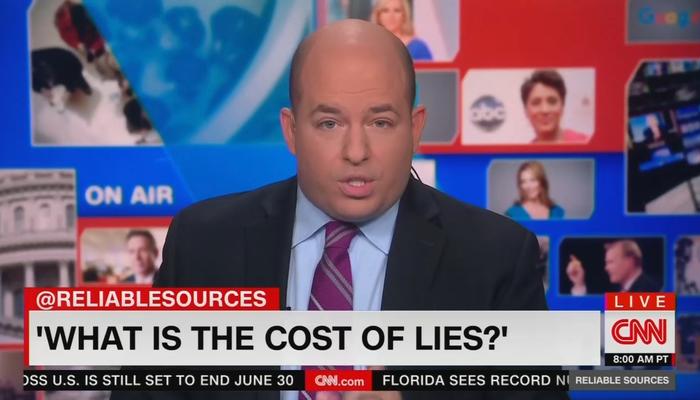