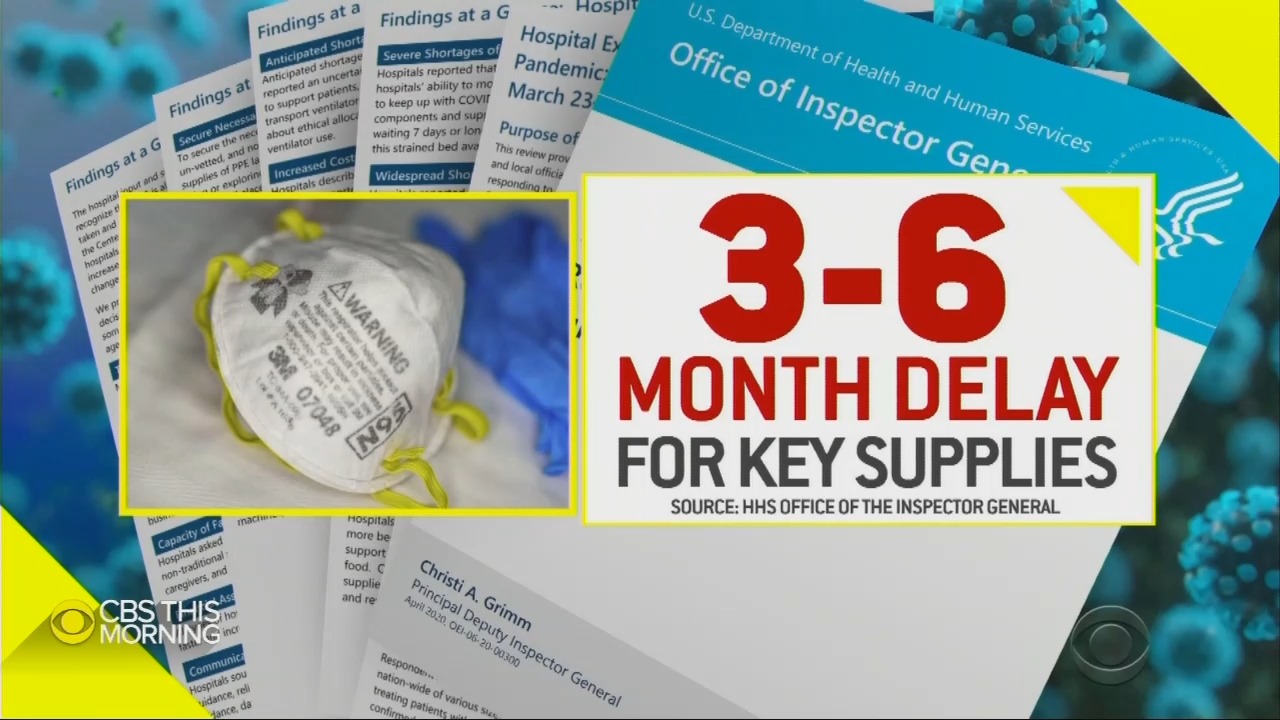 In reporting on America facing a critical shortage of N95 masks during this global pandemic, wouldn’t it make sense to look at how that happened and why America is in this position? Not according to CBS. On Wednesday, CBS This Morning’s Dr. Jon LaPook somehow ignored the fact that Barack Obama depleted the supply of masks and never restocked. You’ll never guess who does get mentioned for blame. (Well, you probably will: Donald Trump.)

Co-host Tony Dokoupil introduced, “A Department of Health and Human Services report this week echoes urgent calls from hospitals for more supplies. One administrator cited a three to six-month delay for essential items, including those critical N95 face masks.” LaPook passively explained that the supply “is almost depleted” without going into how that happened: 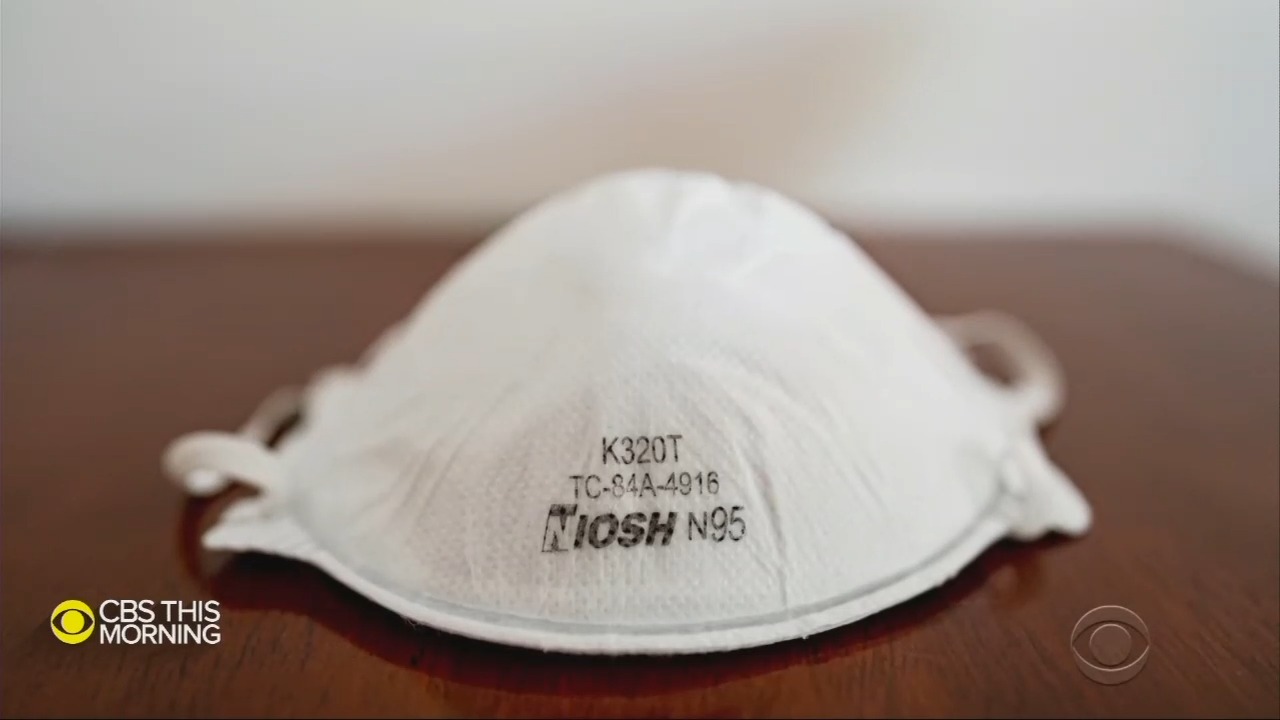 We rate this claim TRUE because it is supported by our research. There is no indication that the Obama administration took significant steps to replenish the supply of N95 masks in the Strategic National Stockpile after it was depleted from repeated crises. Calls for action came from experts at the time concerned for the country’s ability to respond to future serious pandemics. Such recommendations were, for whatever reason, not heeded.

As noted by the Daily Wire, Bloomberg News backed this up:

The national stockpile used to be somewhat more robust. In 2006, Congress provided supplemental funds to add 104 million N95 masks and 52 million surgical masks in an effort to prepare for a flu pandemic. But after the H1N1 influenza outbreak in 2009, which triggered a nationwide shortage of masks and caused a 2- to 3-year backlog orders for the N95 variety, the stockpile distributed about three-quarters of its inventory and didn’t build back the supply.

But of course, LaPook on CBS singled out Trump for blame:

Beth Cameron ran the White House Pandemic Response Office under the Obama and Trump administrations. It was dissolved by the White House in 2018, and she believes that move left the country less prepared.

That's not true, according to Tim Morrison, the former senior director for counterproliferation and biodefense on the National Security Council. He wrote in The Washington Post: “No, the White House didn’t ‘dissolve’ its pandemic response office. I was there.”

Other than missing one major point and getting another at least somewhat wrong, CBS did pretty good on Wednesday.

TONY DOKOUPIL: A Department of Health and Human Services report this week echoes urgent calls from hospitals for more supplies. One administrator cited a three to six-month delay for critical N95 face masks. Our Dr. Jon LaPook looks into the PPE supply chain.

WOMAN: One night recently, there was only one gown on the floor.

SECOND WOMAN: Every day when I go to work, I feel like a sheep going to slaughter.

DR. JON LAPOOK: These are the battle cries of doctors and nurses on the front lines fighting coronavirus without the proper armor.

MAN: This right here is my N95 mask that I will be wearing for the whole day throughout my shift.

LAPOOK: How did we get here where health care workers have to fight for PPE so they can fight the virus without getting infected themselves?

NEW YORK GOVERNOR ANDREW CUOMO: We are all shopping China to try to get these materials, and we're all competing against each other.

LAPOOK: A large portion of the U.S. PPE supply, like gloves, gowns, and masks, comes from China. Prashant Yadav is a senior fellow at the Center for Global Development and an expert on supply chain management.

PRASHANT YADAV: I think it's about two billion, say, N95 respirators that we would use. At least half or more comes from China.

LAPOOK: And is that each year?

LAPOOK: As coronavirus cases rose in China earlier this year, Yadav said PPE production took a hit even as demand for it spiked. Large supply distributors told U.S. hospitals it could be months before their orders were met.

YADAV: The links in the supply chain have been broken. Federal stockpile almost depleted. State-level stockpiles hold limited supplies, and distributors not being able to deliver N95s in any significant quantity for three to six weeks.

LAPOOK: States and the federal government stepped in to help find and buy PPE. But that's led to bidding wars.

LAPOOK: President Trump has insisted he is sending states what they need.

LAPOOK: Experts have said for years if a global pandemic were to hit, the U.S. may not have enough PPE.

LAPOOK: Beth Cameron ran the White House Pandemic Response Office under the Obama and Trump administrations. It was dissolved by the White House in 2018, and she believes that move left the country less prepared.

CAMERON: I'm really worried about the competition between states. It's the thing that keeps me up at night right now. I think that in the absence of a unified federal plan, states don't have any choice but to be prepared for their constituents.

LAPOOK: In your opinion, what entity is best prepared to do that kind of unified plan?

CAMERON: I'd like to see a logistics czar at this point to be honest with you, in my opinion. And I think that logistics czar could come from the military or could be a former military commander. We're going to need a plan for moving and sharing medical equipment across the United States. I hope that we don't need to use that plan, but I think if we have that plan we're not going to regret it.

LAPOOK: For those on the front lines, it's a matter of life or death.

WOMAN: If we did have enough PPE, we wouldn't be forced to use the N95s over and over again.

MAN: We can't do our jobs effectively if we are sick. We're not safe and, therefore, you're not safe. If you don't have health care workers, you cannot save lives.

LAPOOK: You've heard that they've had to reuse the N95 masks because they're such precious commodities. That's led medical centers across the country to figure out ways of repurposing them, of sanitizing them. Like so many other things in this outbreak, we're trying to figure it out on the fly as we go. Tony?