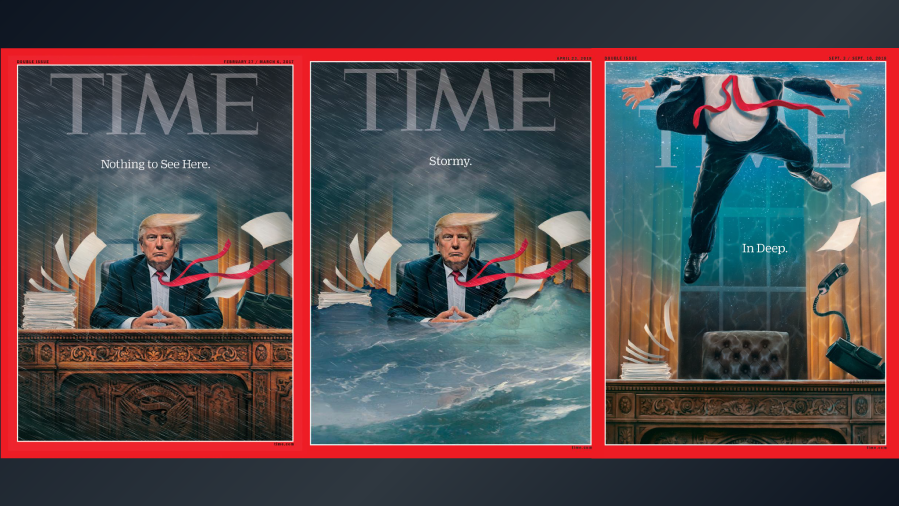 Liberals in the media will often say that bias is in the eye of the beholder. But week after week, the cover of Time magazine portrays Donald Trump as an apocalyptic, nightmarish figure. Democrats, in contrast, are routinely featured as smiling, happy, reassuring figures. And while less and less Americans actually buy the weekly publication, the magazine still impacts the public debate as it’s featured in other media outlets and seen in grocery stores by millions of Americans.

It’s no surprise that the Time chose teenage environmental extremist Greta Thunberg as the 2019 Person of the Year. But this issue is no aberration. Media Research Center analysts looked at every Time cover since Trump took office in January of 2017. The magazine has portrayed the President as a dictatorial monarch, someone screaming with his hair on fire and a man literally drowning in the Oval Office.

In comparison, Time covers of Democrats have featured a smiling, optimistic Bernie Sanders, a forward-thinking Elizabeth Warren and a flattering picture of Alexandria Ocasio-Cortez with the headline “The Phenom.”

Take a look at this video montage of the covers and see the bias in action. (Special thanks to MRC analyst Bill D’Agostino for creating the video.) 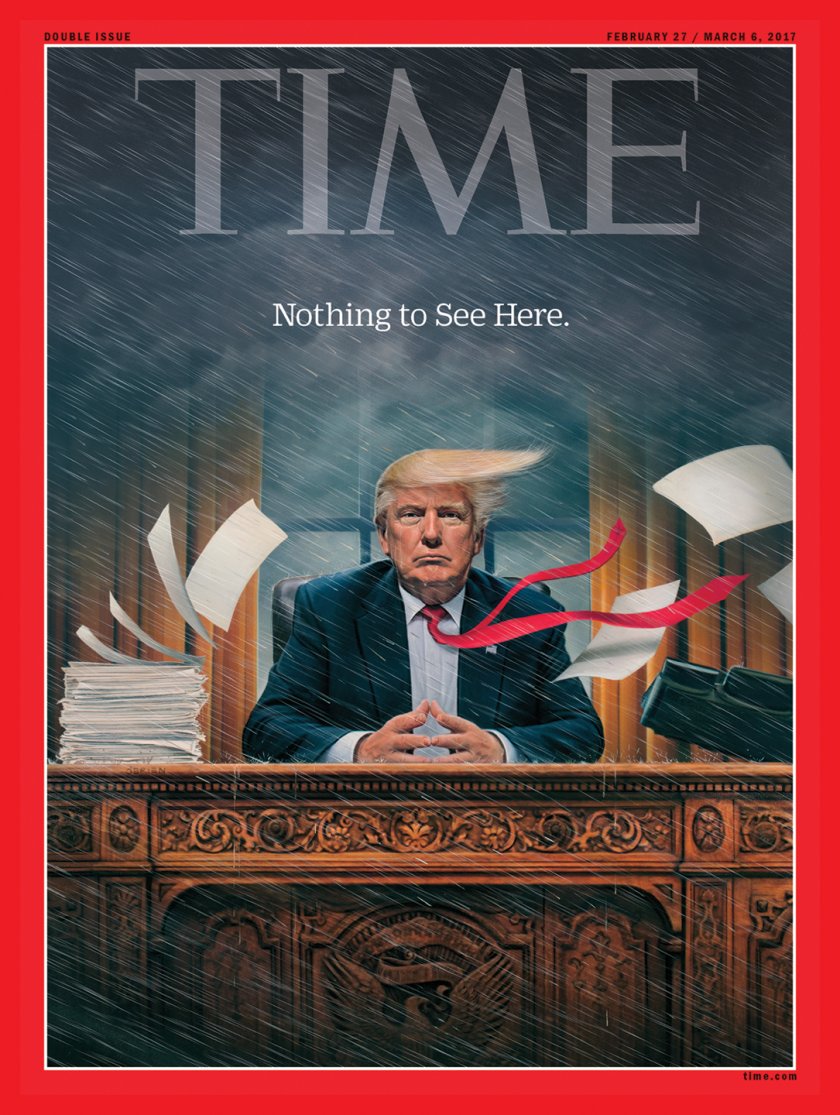 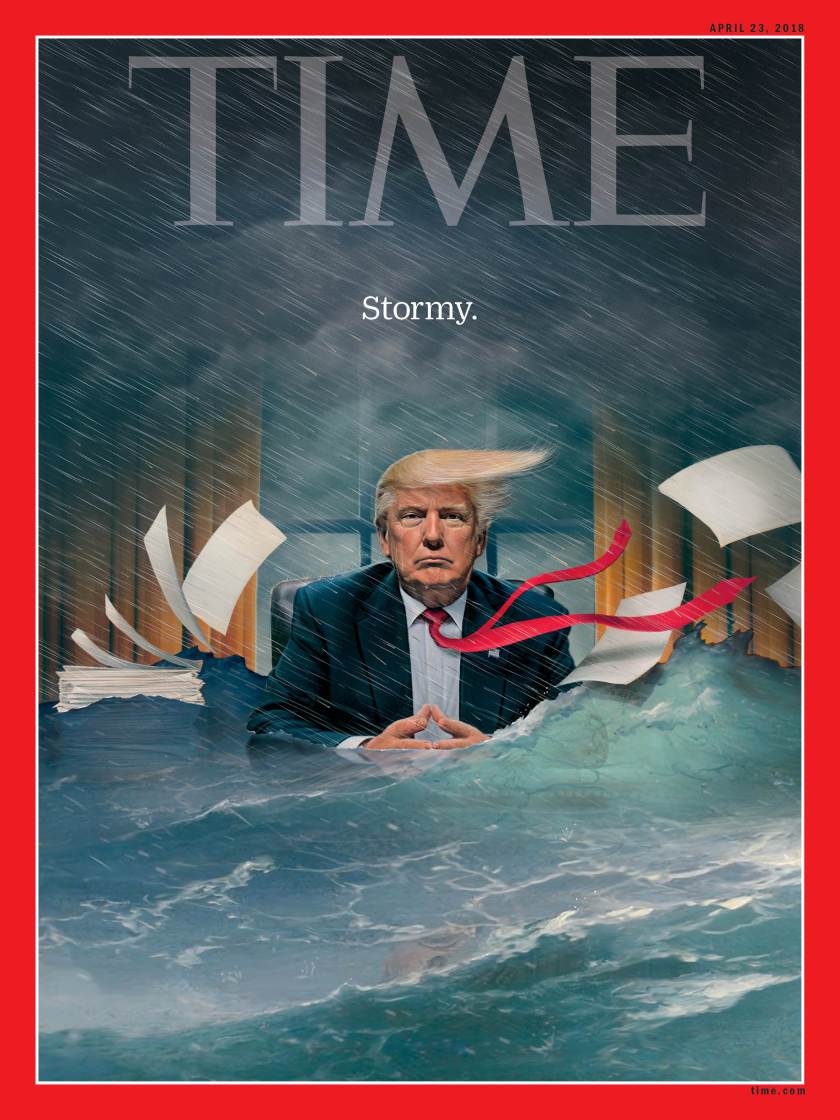 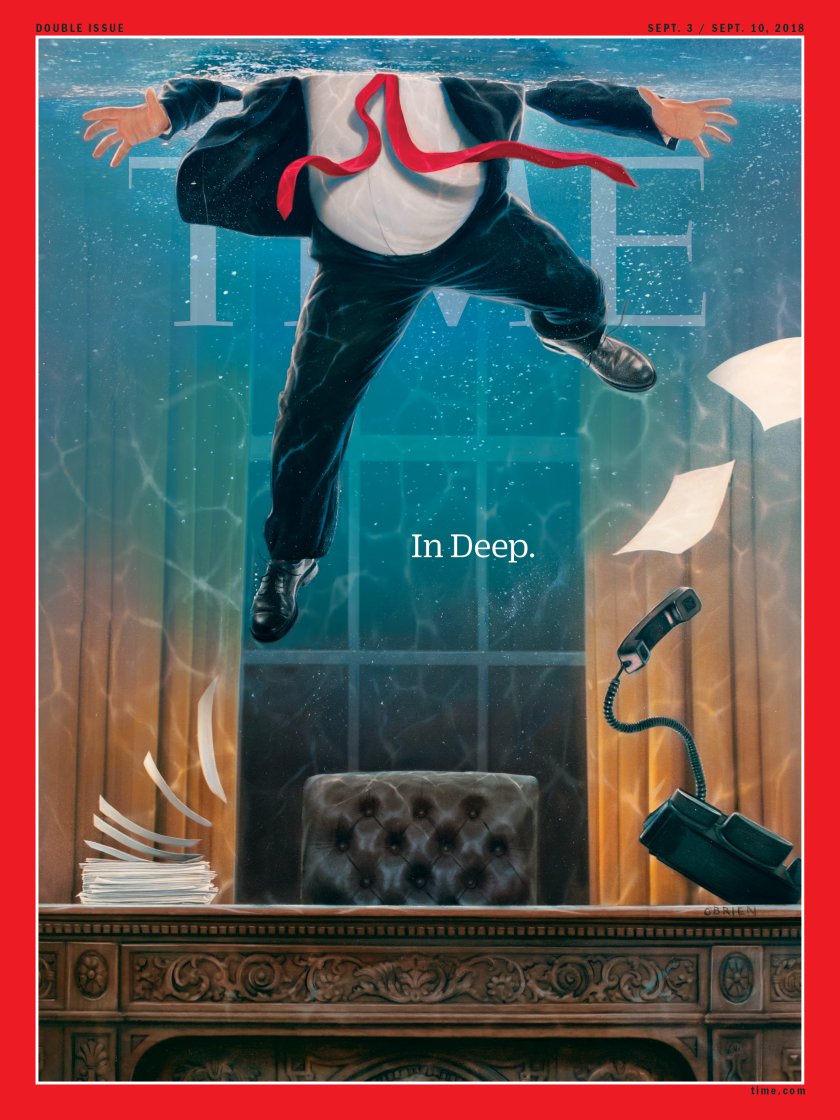 The editors behind t 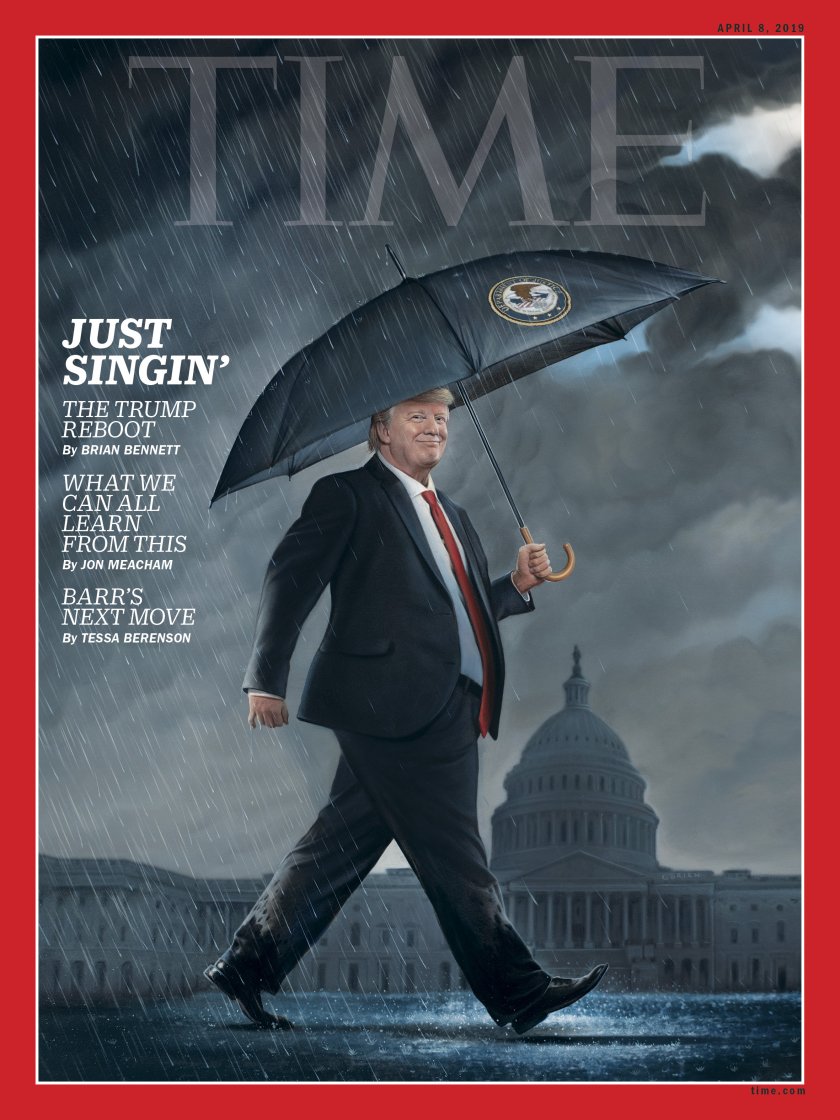 he mocking covers of Trump love a theme. The 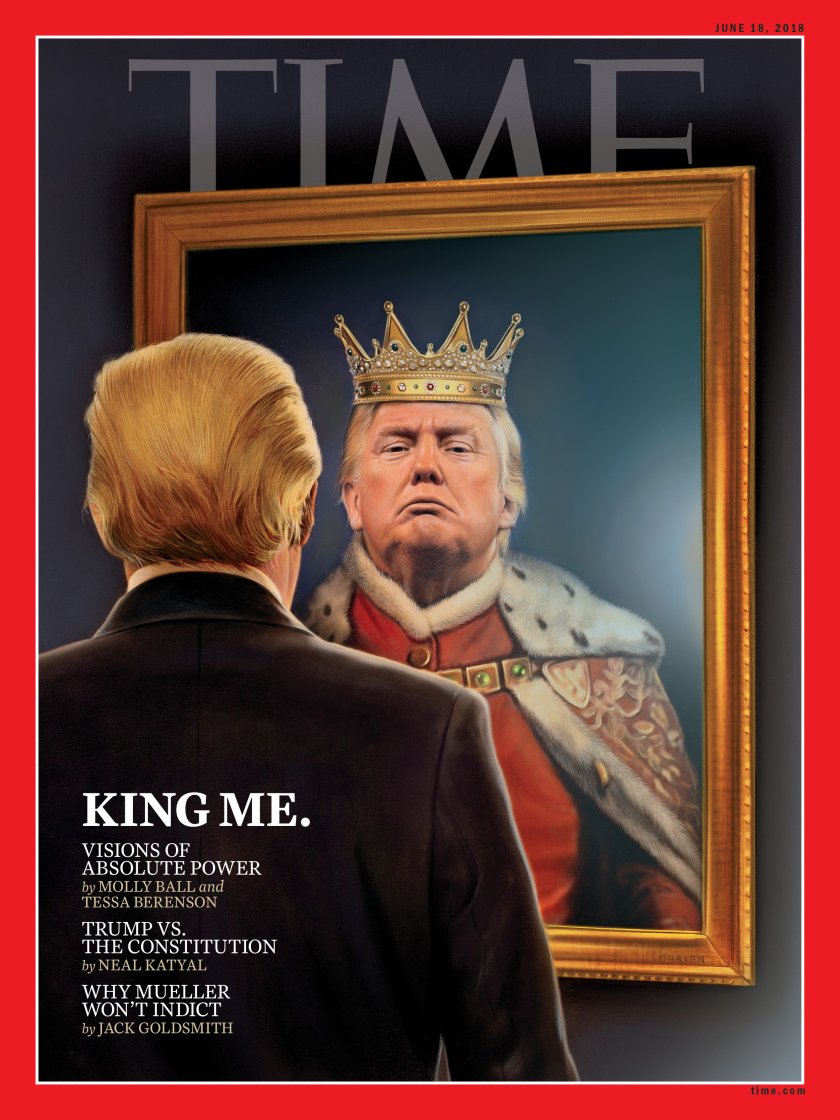 February 27, 2019 edition of the magazine featured the President sitting in the Oval Office as a rainstorm engulfs him. The sarcastic headline read, “Nothing to see here.”

The April 23, 2018 cover, with a reference to Stormy Daniels, shows the same flood now threatening to drown Trump. 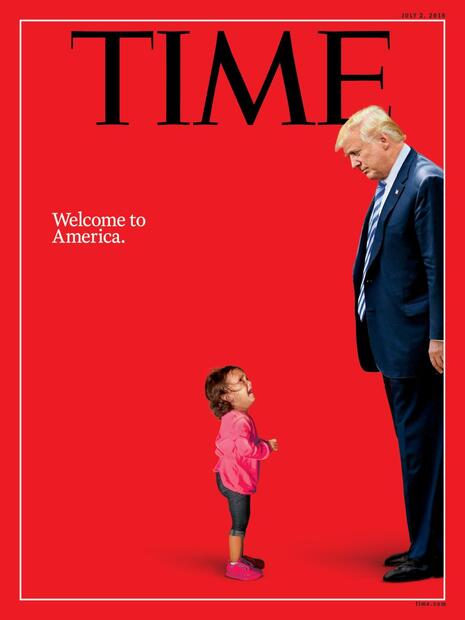 The September 1, 2018 issue featured what Time editors likely saw as the end game for the Trump presidency. As the Mueller probe hype increased, a downing Trump is seen struggling to stay alive. The cover reads “In Deep.”

Surely, the Time editors imagined putting all the covers together for a special edition, possibly a poster for liberal fans when Trump was convicted and removed from office. As we all know, that didn’t work out for Democrats. So, the conclusion of this series must have been a letdown. The April 8, 2019 issue anticlimactically showcased this particular storm ending:

It’s not as though most other Trump covers were any better. The June 18, 2018 version showcased the Commander in Chief looking in a mirror and seeing a haughty king as a reflection. Headlines on the cover derided, “King Me,” “Visions of Absolute Power,” and “Trump vs. the Constitution.” Is this Time or the far-left Nation magazine?

The July 2, 2018 cover famously featured a misleading, doctored image of Trump staring at a crying two-year-old at the U.S. Mexican border. This child was not taken from her mother. But, it makes for a good (fake) picture, right? 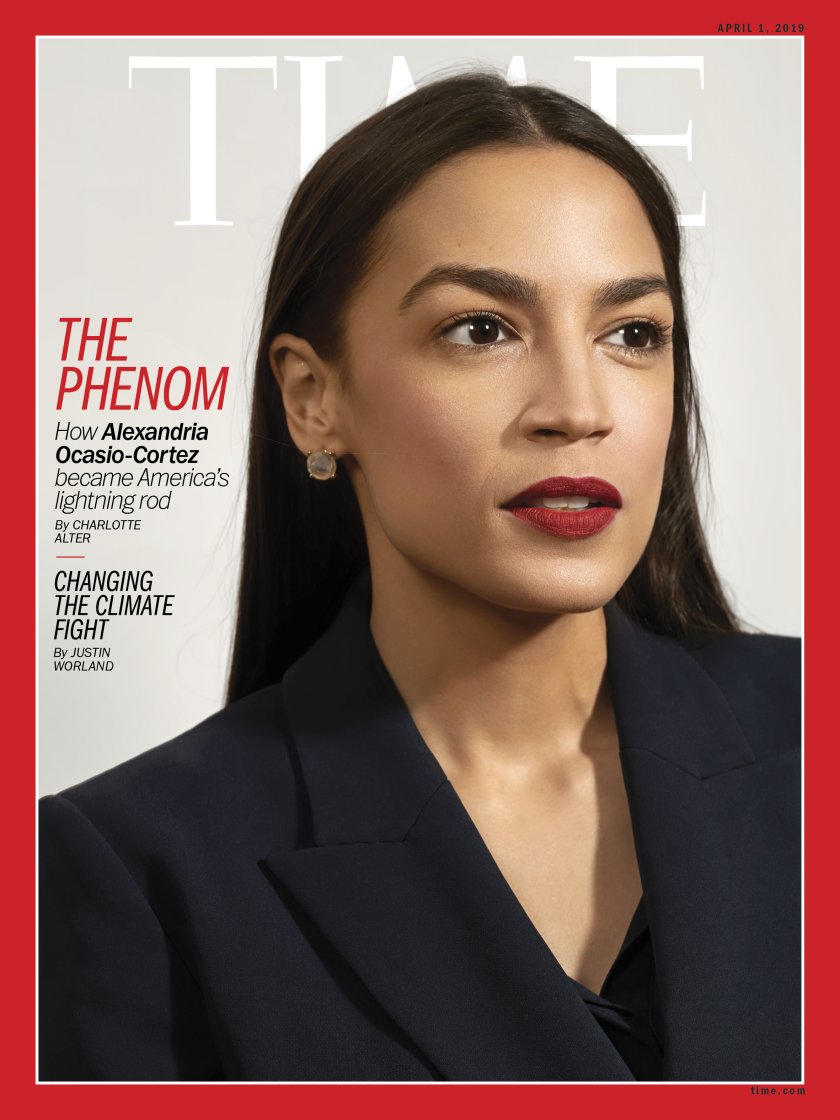 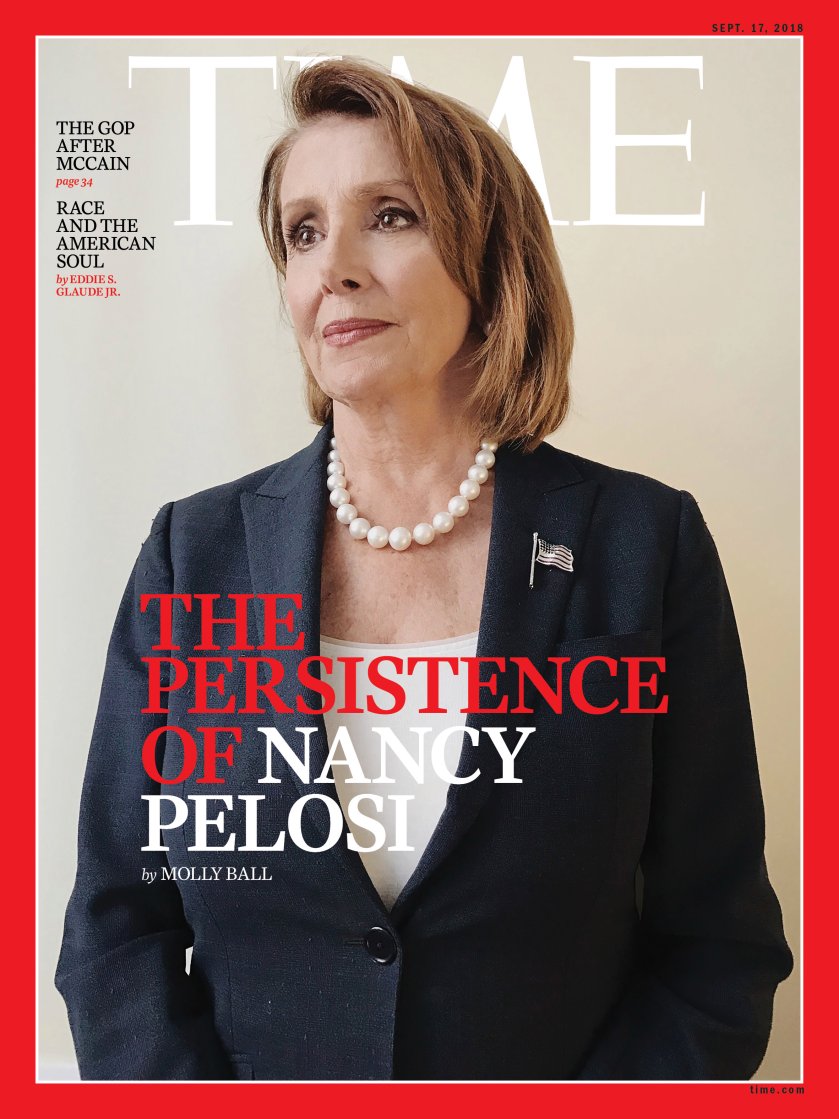 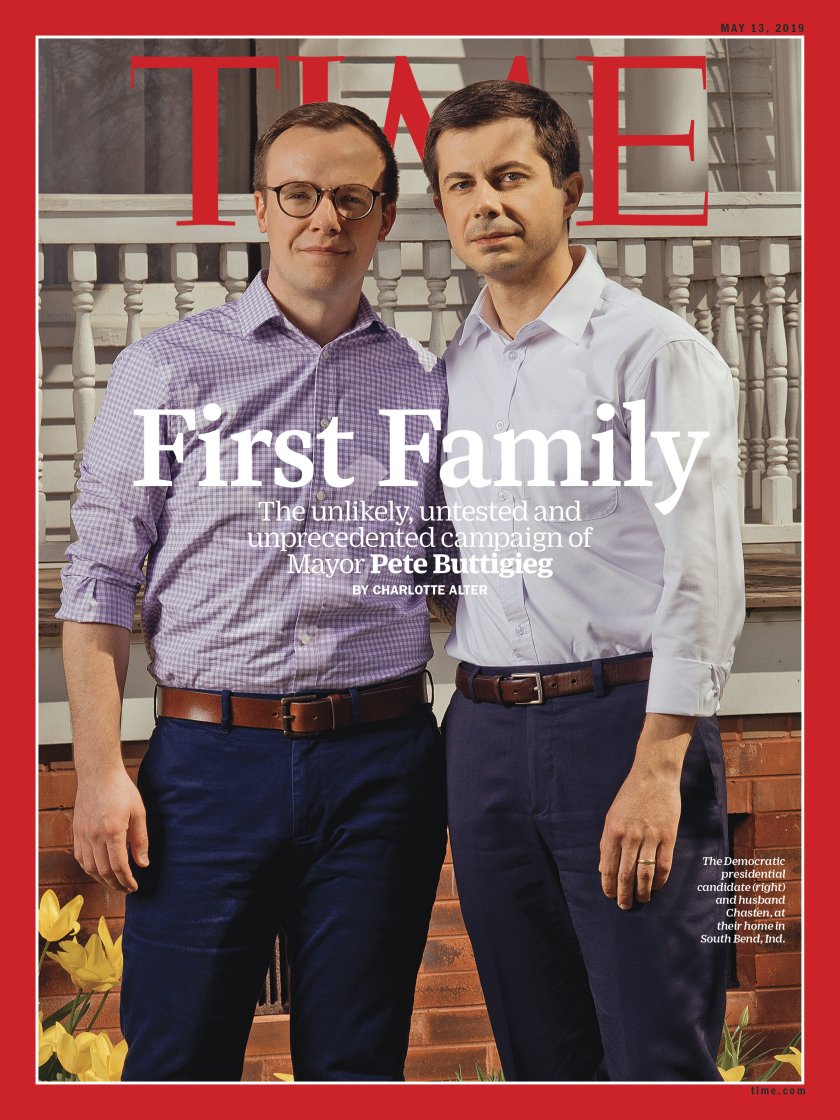 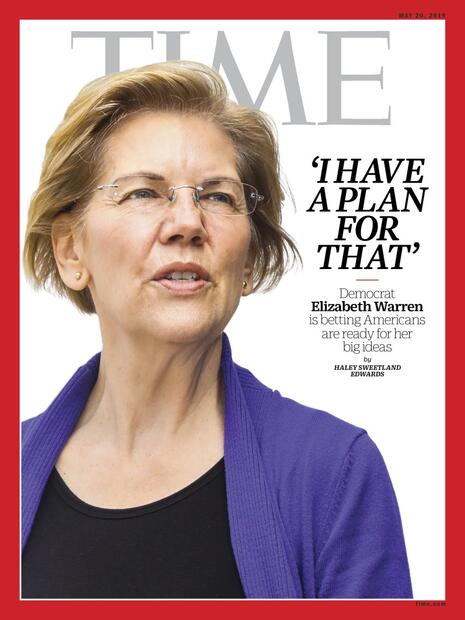 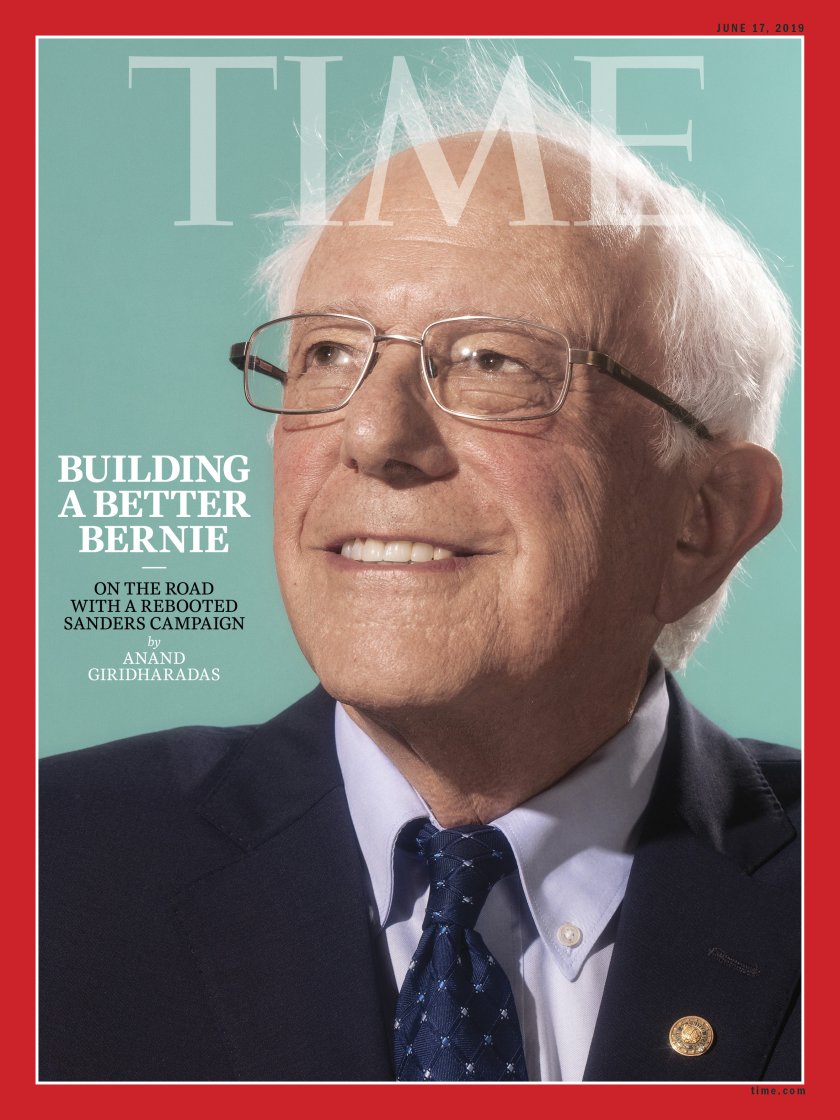 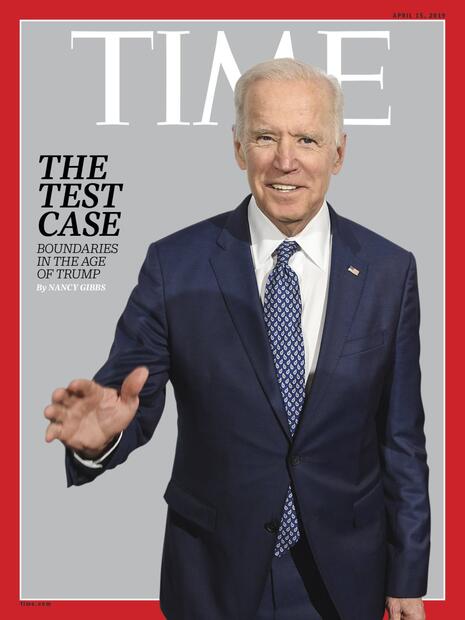 But surely Democrats endure tough, insulting, misleading covers in Time magazine? Well, no. Instead, 2019 has been a banner year for cheery, liberals below the Time logo. The April 1, 2019 cover looked like something a PR department would churn out. A serious Ocasio-Cortez looked off into the future with this headline: “The Phenom.”

That issue looked an awful lot like another inspiring Democrat. This time, Nancy Pelosi bravely faced the future in the September 17, 2018 edition. The headline? “The Persistence of Nancy Pelosi.”

Instead of the drowning imagery or terrifying doctored covers Trump endured, the May 13, 2019 offered this positive spin for 2020 Democrat Pete Buttigieg: “First Family: The Unlikely, Untested and Unprecedented Campaign of Mayor Pete Buttigieg.”

In June, the publication kept the positivity coming. Next to a big headline that read, “I Have a Plan for That,” Elizabeth Warren gazed out at readers in grocery stores. The sub-headline cheered, “Democrat Elizabeth Warren Is Betting Americans Are Ready for Her Big Ideas.”

Another 2020 Democrat got an equally cheery portrait. The June 17, 2019 edition featured a smiling, happy Bernie Sanders.

The April 15, 2019 cover imagined an upbeat Joe Biden just about ready to shake the hand of a primary voter. 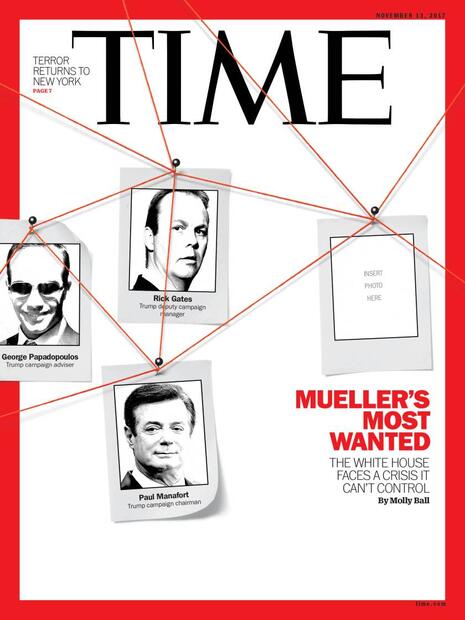 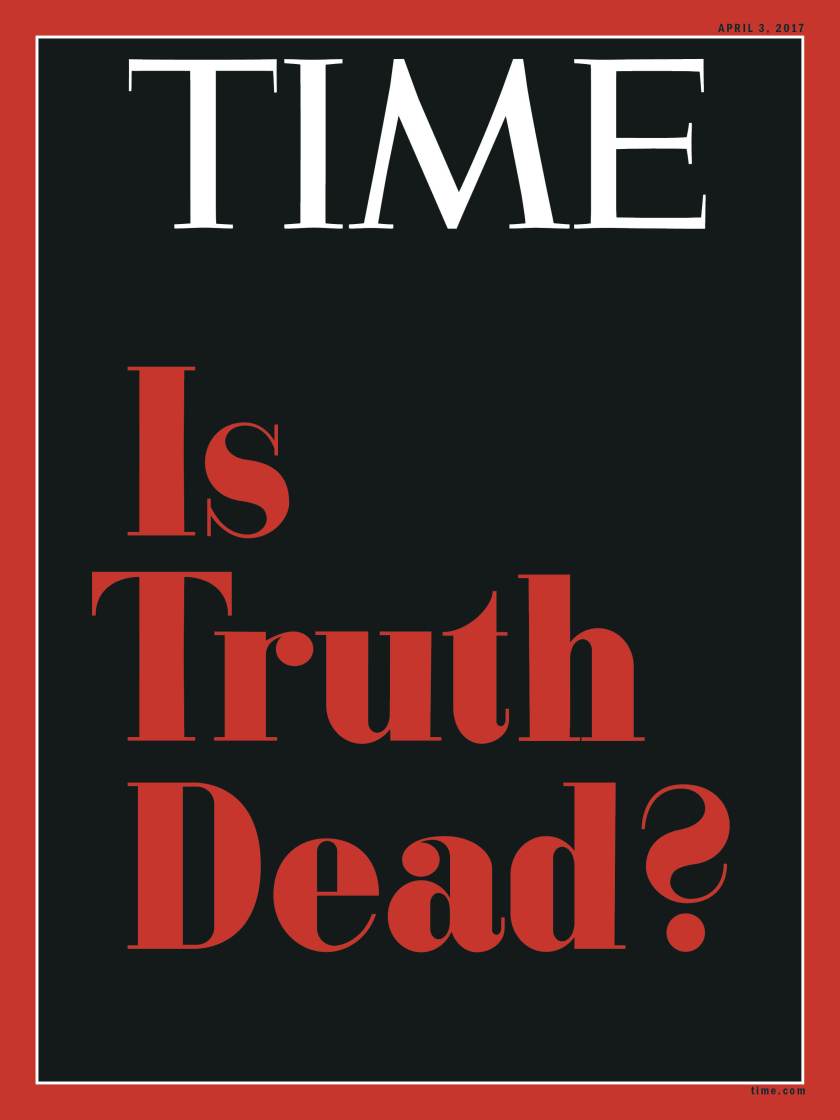 How has the push for impeachment and other scandals been handled? Not with subtlety or objectivity, that’s for sure. The November 12, 2017 Time compared the Trump administration to mobster criminals.

The publication adopted a “Heads I win, tails, you lose” approach for the December 16, 2019 cover. It sarcastically noted, “Quid Pro Dough: How Trump 2020 Profits From Impeachment.”

Were they all bad? No. Since January of 2017, a few outliers made it through, such as this July 1, 2019 exclusive Time interview with Trump.

But for the most part, Time makes its pro-Democrat spin very public and very obvious. It’s no wonder that this dinosaur media publication continues to cut circulation and the total number of print issues. Americans are turning away from this very liberal magazine.)