FLASHBACK: Press Speculates on Having Sex With Bill Clinton 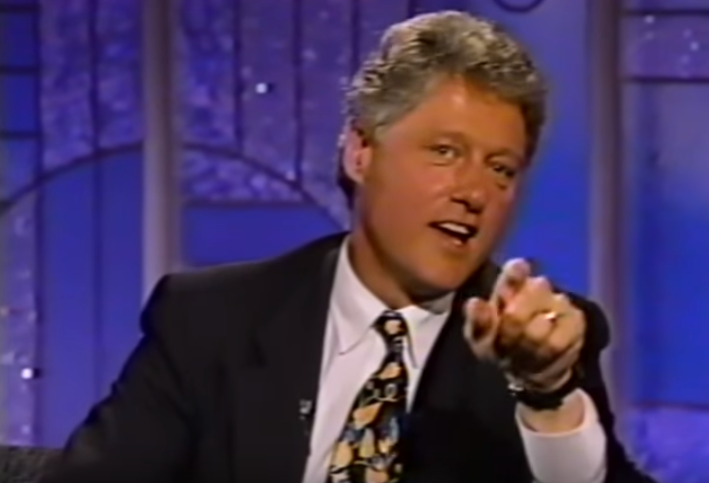 Given how journalists openly despise Donald Trump, it may be hard to remember just how much they loved Democratic presidents. But don’t worry, we haven’t forgotten. The November 16, 1992 and the November 17, 2008 issues of Time magazine, respectively, fantasized about having sex with Bill Clinton and compared Barack Obama to Jesus.

Such critiques are, at least slightly, different than comparing Trump to Hitler. Twenty seven years ago, in 1992, Time Senior Writer Walter Shapiro discussed the “American libido” and “sex dreams about Bill Clinton.” Here’s an excerpt from the article:

At a moment when the American libido seems to oscillate between Puritanism and rampant exhibitionism, how significant is it that for the first time in more than 30 years the nation has elected a President with sex appeal?....Cheryl Russell, editor of The Boomer Report, a monthly newsletter on consumer trends, captures a new dimension in the national psyche when she confides, 'Every woman I know is having sex dreams about Bill Clinton. We're finally getting a President our own age who we can imagine having sex with.'

Proving that Me Too didn’t matter back when it ensnared Democrats, Shapiro dismissed, “Forget Gennifer Flowers — this is not the moment to descend into the muck of her sleazy allegations.” Instead, he marveled, “The swooning and the cooing on the rope lines during the last breathless days of the Clinton campaign were unavoidably reminiscent of Kennedy.”

Eleven years ago, the November 17, 2008 issue featured writer Nancy Gibbs comparing Obama to Jesus: “Some princes are born in palaces. Some are born in mangers. But a few are born in the imagination, out of scraps of history and hope..”

Barack Hussein Obama did not win because of the color of his skin. Nor did he win in spite of it. He won because at a very dangerous moment in the life of a still young country, more people than have ever spoken before came together to try to save it. And that was a victory all its own.

Time magazine still exists in 2019, but the circulation is plummeting and the number of issues published continues to decrease. It won't be missed.