CBS Hypes Opening of ‘Ginormous’ Planned Parenthood: ‘Getting a Lot of Business?’ 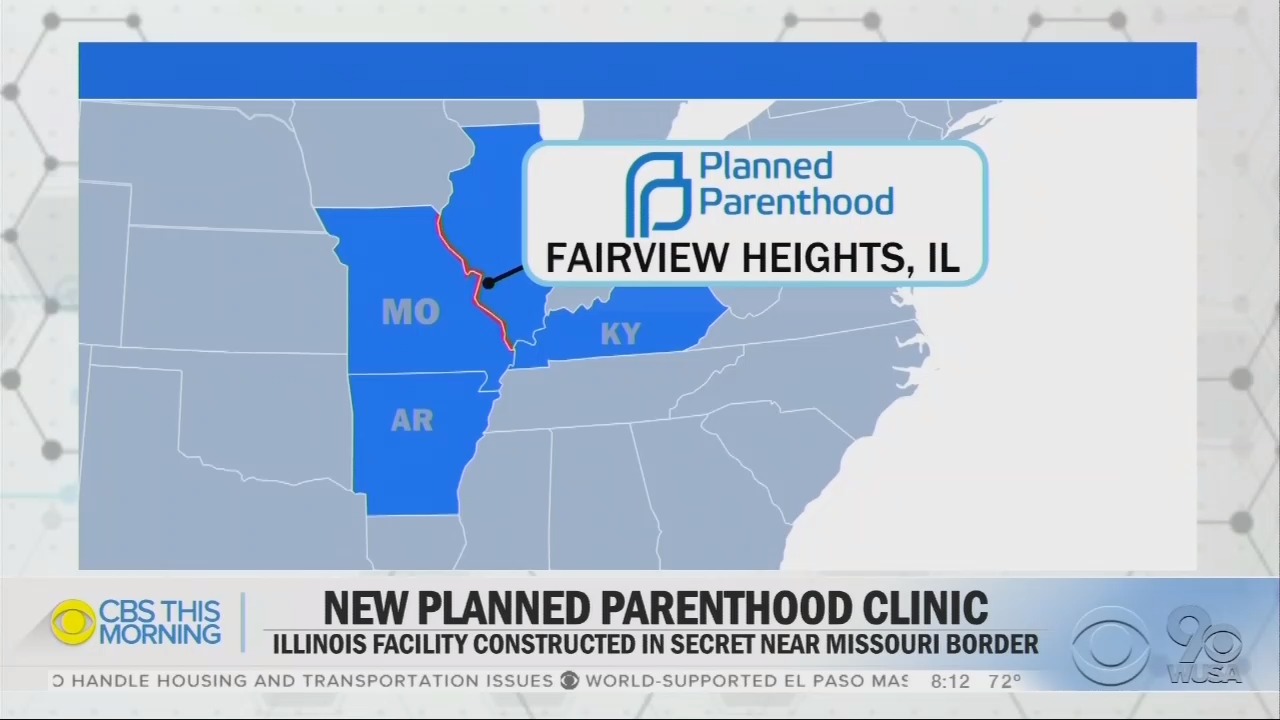 CBS This Morning on Wednesday excitedly touted the opening of a “ginormous” new Planned Parenthood clinic, part of an effort to open locations next to states with stricter pro-life laws. As though she was hyping the grand opening of a grocery store, co-host Gayle King wondered, “Are they getting a lot of business?”

King touted, “Planned Parenthood is announcing the opening of a new mega facility close to states where abortion access is restricted. The new clinic was built in secret in Illinois near the Missouri border. Missouri has some of the strictest abortion laws in the country.” The journalist promoted, “What's the significance of this new clinic? I keep hearing it's ginormous and big.”

Later, King again used business terms for an abortion facility: “Are they getting a lot of business?” Reporter Kate Smith argued for the need of such a clinic near the pro-life Missouri: “The number of women crossing the border into Illinois to seek an abortion, that’s more than doubled. Their existing facilities can't handle it.” 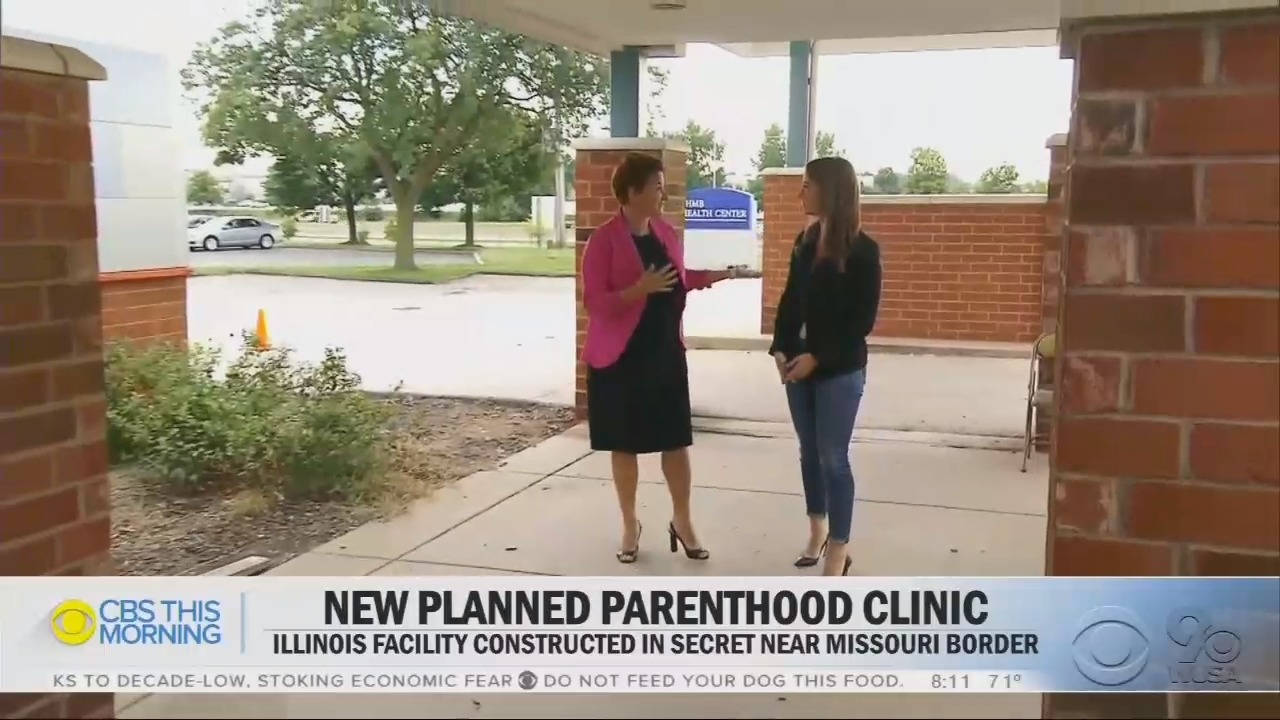 To her credit, however, CBS actually allowed the pro-life perspective to be heard. Smith talked to Mary Kate Knoor, the Illinois Right to Life Executive Director. Smith recounted, “Knorr says she’s disgusted Illinois has become what she calls the abortion capital of the midwest.”

That’s better than CBS usually manages. In May, This Morning co-host Tony Dokoupil cheerleaded for Planned Parenthood, saying, “Donations are going up.” In July, Smith talked to new president Alexis McGill Johnson, offering softballs such as this one: “What is at stake here with women’s reproductive health care decisions?”

GAYLE KING: First on CBS First on CBS, Planned Parenthood is announcing the opening of a new mega facility close to states where abortion access is restricted. The new clinic was built in secret in Illinois near the Missouri border. Missouri has some of the strictest abortion laws in the country. CBS News reporter Kate Smith visited the facility as it was being built. She's been reporting on abortion issues since last year. Kate, welcome to the table.

KING: Start us off. What's the significance of this new clinic? I keep hearing it's ginormous and big.

SMITH: Exactly. In recent months, states across the south and midwest, they've been implementing stricter and stricter anti-abortion laws. But this new clinic is in Illinois where the state is moving in the opposite direction.

SMITH: We first visited the new clinic in August. The sensitive project was being built in secret under the code name Alaska. Dr. Colleen McNicholas showed us around.

MCNICHOLAS: We know that our colleagues at other Planned Parenthoods and independent clinics across the country have had difficulty opening new clinics. Things as simple as getting the phone company to come and put phone and data lines. Things like the cabinet makers not showing up to deliver once they knew that that facility was going to be an abortion facility.

SMITH: The 18,000 square foot building cost nearly $7 million to build. Planned Parenthood estimates the new office can handle up to 11,000 patients a year. The clinic is only miles from the Missouri border. It's positioned to accommodate patients from nearby states with strict abortion laws. In the last two years, the number of women crossing the Illinois borders for abortions has more than doubled.

MARY KATE KNORR (Illinois Right to Life Executive Director): On a personal level, I just have it in my theater serve women.

KNORR: The purpose of a law is to set a moral standard for society.

SMITH: Knorr says she’s disgusted Illinois has become what she calls the abortion capital of the midwest.

SMITH: McNicholas says Planned Parenthood is committed to giving their patients the access they need. Why did you choose that location?

MCNICHOLAS: The truth is that our patients want easier access. And for some the 13-mile drive from our St. Louis clinic to this Illinois clinic is an opportunity to get the care with less judgment, with less restriction, and with far fewer hoops to jump through.

SMITH: CBS News has learned that the sole Planned Parenthood left in Missouri is planning to double its clinic escorts starting today. Now this is in case of preparation and backlash to that new Illinois facility.

TONY DOKOUPIL: So it was a secret. It's not a secret anymore. Bravo on the reporting. I'm curious, is Planned Parenthood concerned about security?

SMITH: They are concerned about security. I should mention not just security here but security all over the nation -- but all over at the nation at providers. We've seen a record high number in violent acts against abortion providers. So, it's a very real threat for these people.

KING: Are they getting a lot of business?

SMITH: They are getting a lot of business. As we said, the number of women crossing the border into Illinois to seek an abortion, that’s more than doubled. Their existing facilities can't handle it. We were at one of those. It was in a little strip mall —  you had to back up in order for someone to come by. We're going to see the capacity more than double with the new facility.

DOKOUPIL: Even with that, we should point out that nationally abortion is at an all-time low.

DOKOUPIL: Rates are down. Thank you so much. Appreciate it.