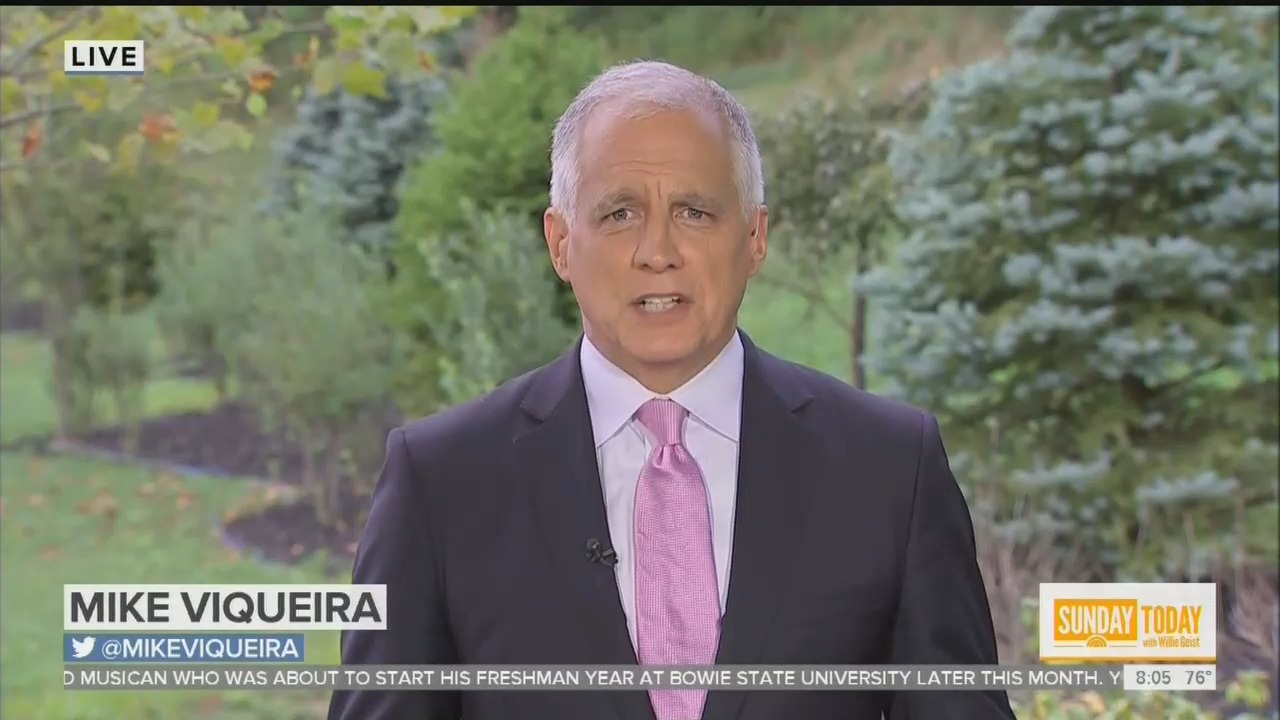 On Sunday, reporter Mike Viqueira sounded annoyed that Donald Trump would blame the shooters: “At his New Hampshire rally, Thursday, no mention of checks on criminal records, only for mental health history. The President echoing a familiar argument of gun control opponents.”

He then played a clip of Trump noting, “It’s not the gun that pulls the trigger. It’s the person holding the gun.” The quote from Trump was the only one in the segment to express skepticism for gun control. Viqueira also featured the Democratic mayor of San Francisco, Democratic Congressman Elijah Cummings and Democrat Cory Booker.

But Viqueira instead talked of “gun safety groups have organized rallies across America this weekend.”

It used to be a political candidate might call on a kid at an event if he or she were looking for an easy softball question but these days they are getting anything but as children and their parents are demanding that these candidates do something to keep them safe from gun violence.

WILLIE GEIST: Today, supporters of new gun reform legislation are taking to the streets again two weeks after the tragidies in El Paso Texas and Dayton, Ohio. On Saturday, Democratic presidential candidates spoke out too, with President Trump first signaling his willingness to talk about new laws. But this week focusing on mental health. NBC’s Mike Viqueira is traveling with the President near his New Jersey estate. Mike, good morning. 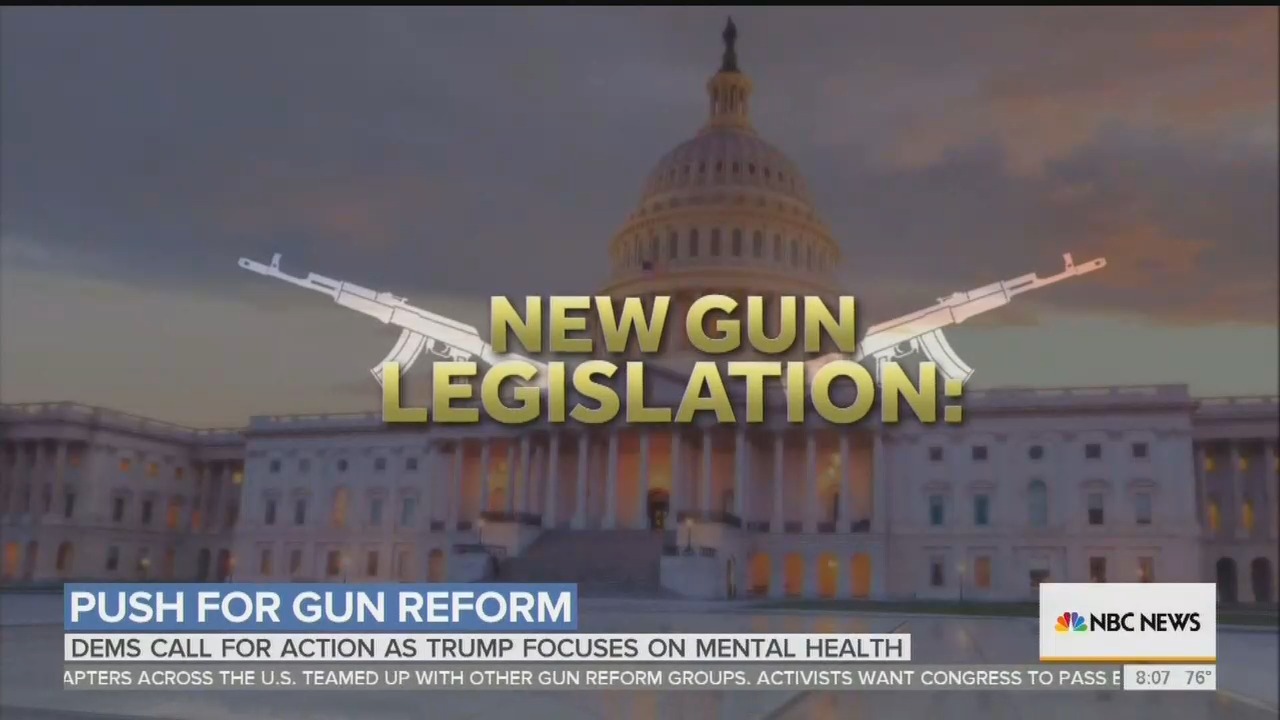 MIKE VIQUEIRA: Well, good morning to you, Willie. It’s happened countless times. After the horror of a mass shooting, calls for new gun laws, new vows to move a bill in Congress. But then nothing. Now, two weeks after at least 31 people were killed in El Paso and Dayton, the question is will this time be different? Gun safety groups have organized rallies across America this weekend, like this one in San Francisco, Saturday.

REP. ELIJAH CUMMINGS (D-Maryland): The laws are not going to change until we get many people, many others to join in with us.

VIQUEIRA: This as Democratic presidential candidates push their proposals, trying to keep the issue on the front burner.

CORY BOOKER (D-NJ presidential candidate): What do we teach our children? We can’t protect you. So we’re going to send you to schools and teach you how to hide and shelter in place.

VIQUEIRA: After El Paso and Dayton, President Trump repeatedly vowed to push for expanded criminal background checks. As he did as recently as Tuesday.

TRUMP; I would like to see meaningful background checks and I think something will happen.

VIQUEIRA: But the President supported the checks last year too after Parkland only to back away. At his New Hampshire rally, Thursday, no mention of checks on criminal records, only for mental health history. The President echoing a familiar argument of gun control opponents.

TRUMP: It’s not the gun that pulls the trigger. It’s the person holding the gun.

VIQUEIRA: In Congress, House Democrats plan to come back a week early from their six week break to tackle new gun legislation, including background checks, red flag laws and a ban on high capacity magazines. But the House has already passed a background check bill earlier this year, only to see it die in the Senate. So far, there’s no indication it won’t happen again. And, Willie, the President wraps up his 10 days in New Jersey, heading back to Washington later this afternoon. Willie?