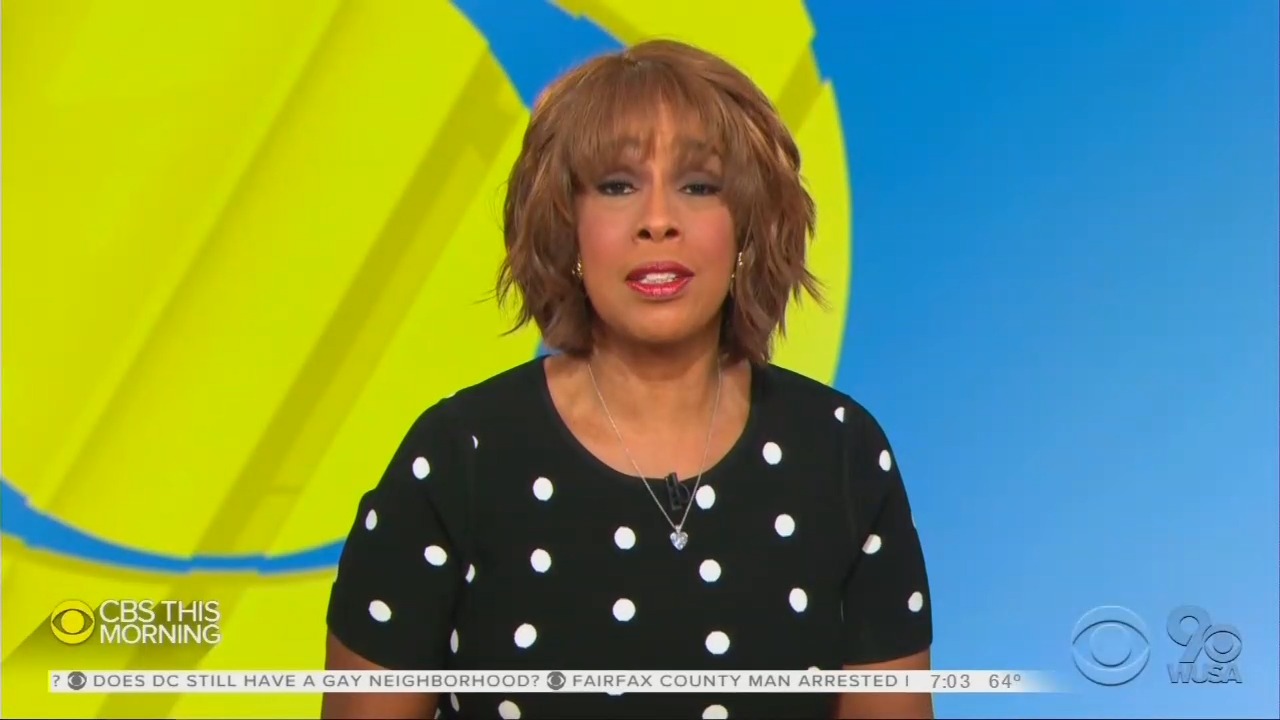 The Washington Post on Tuesday offered a gushing, 3,000 profile about CBS This Morning’s Gayle King, fawning over the co-host as the “soothing voice of reason.” At no point in the story did Post writer Robin Givhan identify King as a Democratic donor. Instead, readers are simply told about how loyal the host is to her “public friends.”

The gushing language used in the piece was so adulatory that it might have been out of place in a press release. Givhan rhapsodized:

King is, perhaps, what the culture needs right now: a soothing voice of reason, an adult who isn’t drowning in cynicism, who is still capable of being let down by her fellow humans if only because she still has faith in them.

Well, that’s also because King’s world view is so far left that she doesn’t even realize she’s out of touch with half the country. For instance on Monday, King admitted that she “worries” “a lot” about the United States turning into the theocratic dictatorship portayed in The Handmaid’s Tale.

Not exactly the “soothing” words of the “adult” who wants to bring people together. Givhan cited King’s interview with Ralph Northam as an example of how the host will supposedly exude a quiet toughness in interviews:

In February, King interviewed Virginia Gov. Ralph Northam (D) in the midst of his agita over a blackface photo found on his yearbook page. She listened as Northam pleaded ignorance to the full impact of blackface and then exclaimed: “But governor!” She was an appalled Everyday Jane. Her tone suggested disappointment rather than judgment.

Except that’s not really representative of what King did in the February 11, 2019 interview. She told viewers at the time that “we must understand the context” of the Governor’s KKK/blackface scandal. And she even cheered the Democrat on: “I marvel that you're still standing.”

“I always considered Charlie a friend and I don’t believe that you abandon your friends,” says King, who remains in touch with Rose. She believes there’s room for mercy. “You have people that have done far more heinous things that are forgiven. But comeback doesn’t mean that you get to come back to doing what you were doing before.”

On May 3, 2018, after the sexual harrasment scandal was exposed, King whined on-air about having to cover the Rose allegations: “I don't know what to say about this....I don't know what more we can do to Charlie Rose except a public flogging. He's gone....I’m sick of handling it.”

“I knew [Senator] Cory [Booker] was going to run [for president], but I would never have said that before he announced it,” King says. “Even at the expense of my job, I would never betray a friendship.”

She attended private events in the Obama White House. She didn’t brag about being there and refused to disclose who else was. “I do think that I’m entitled to a private life,” King says, “even though I may have some very public friends.”

King isn’t just friends with the Obamas, she vacationed with them. But there’s no reason she can’t still be objective, right? Just because she’s donated thousands of dollars to Democrats? Givan didn’t ask, so we won’t know.