CBS This Morning offered a gushy, praise-filled music video on Thursday dedicated to Norah O’Donnell as she prepared to leave the program. O’Donnell will become the new anchor of the CBS Evening News in the summer.

Gayle King, who will continue as This Morning co-host, introduced the montage by hailing, “Norah O’Donnell, she's been a very important part of our CBS This Morning family for nearly seven years now. She's asked, as you know, the tough questions, headed into disaster zones, given survives a voice and shared the stories of people all around the world.”

The music video-style clips were put to the '80s song “Girls Just Want to Have Fun.” Inter-cut with images of Norah dancing, winking, and laughing were clips of her interviews. One from back in December where she cheered the new Democratic Congress: “Congress is not only going to have more women, it’s going to be the most diverse ever.” 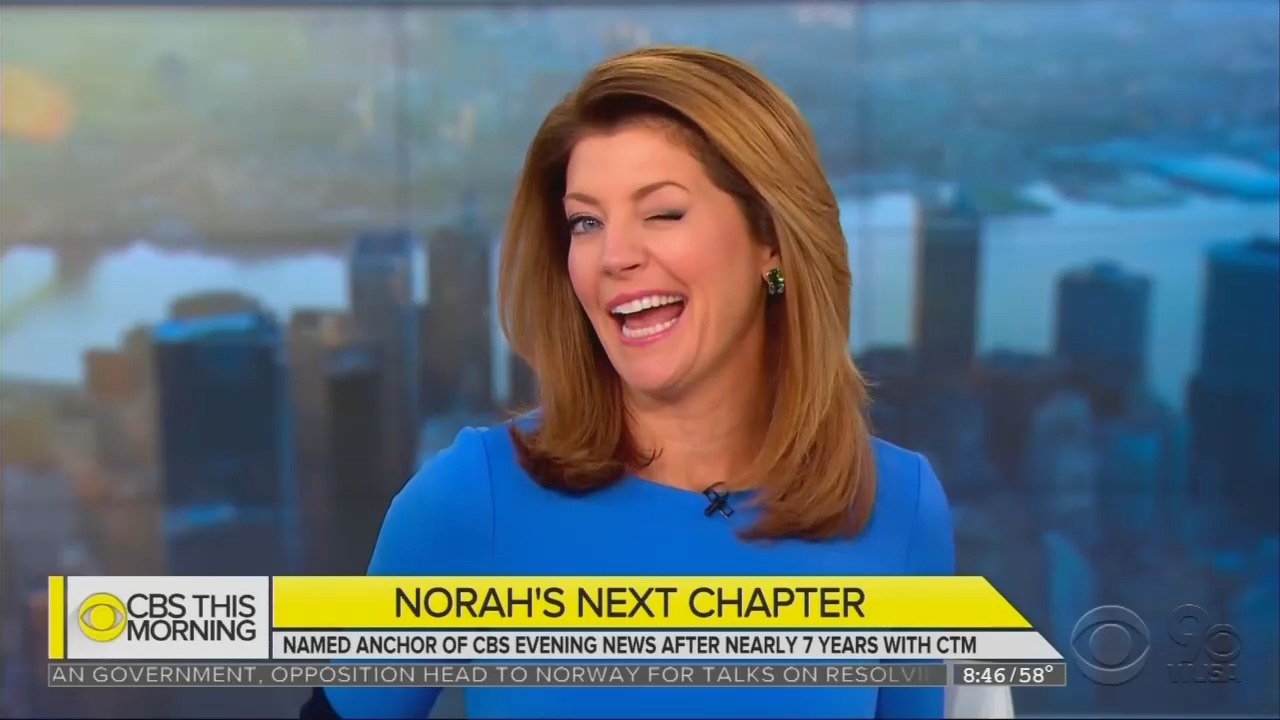 Since the montage was supposed to be “fun,” it obviously avoided clips of disgraced ex-anchor Charlie Rose. He left after numerous allegations of sexual harassment. One video clip they DEFINITELY didn’t use was from April 21, 2016 when Rose offered, on air, to spank O’Donnell.

As for O’Donnell’s liberal bias, she  has connected Donald Trump to the Pittsburgh synagogue shooter, labeled Mike Pence “Elf on the Shelf” and asked former Senator Jeff Flake if the President should be removed from office.

For a compilation of these examples of bias, go here.