NewsBusters Time Machine: ‘Why Are Obama’s Critics So Dumb?’

Welcome to the NewsBusters Time Machine. Here at the Media Research Center’s NewsBusters, we have hundreds of thousands of hours of liberal media bias in our archives. That includes every issue of Time and Newsweek going back to 1987. Seven years ago this week, Newsweek offered this blatant example of appalling liberal spin: 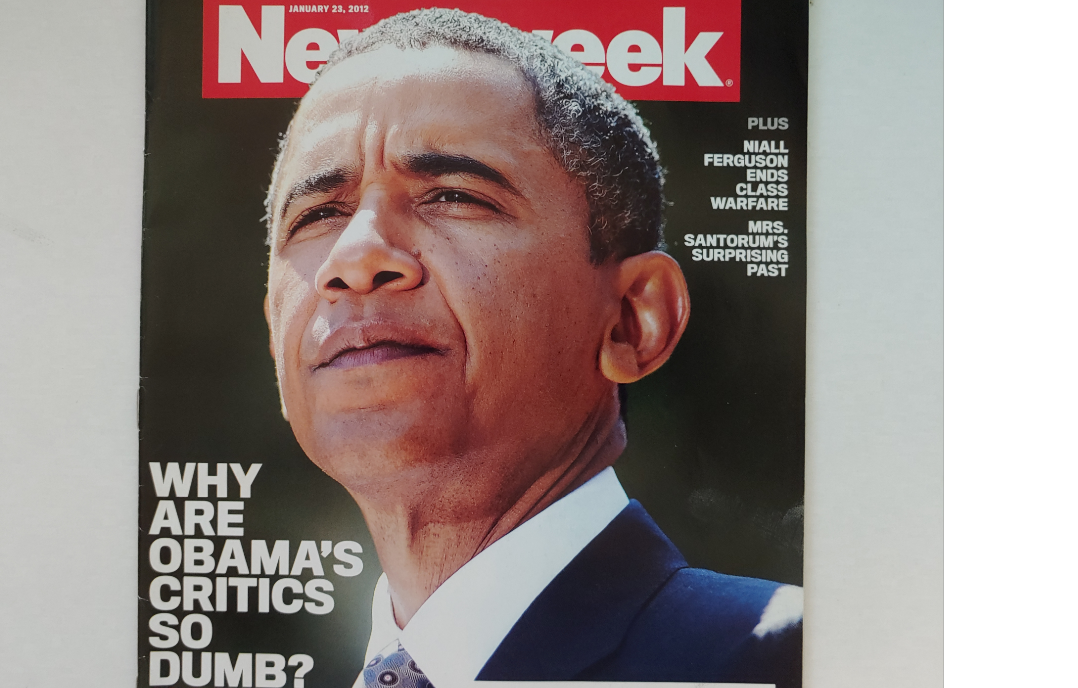 That’s right, “Why are Obama’s critics so dumb?” Is it any wonder that no one reads Newsweek? (The magazine ended print publication in December of 2012 due to massive financial losses. In 2014, it returned to publication, though few noticed. A year’s subscription now costs a ridiculous $99.)

The article, by Andrew Sullivan, is in the January 23, 2012 issue. The link to the online version is now broken. Thankfully, due to the NewsBusters archives, we can still remind you of the worst quotes.

It remains simply a fact that Obama has delivered in a way that the unhinged right and purist left have yet to understand or absorb.... What I see in front of my nose is a President whose character, record and promise remain as grotesquely underappreciated now as they were in 2008.

The article also includes lines like this, basically calling anyone who didn’t support Obama stupid:

But given the enormity of what he inherited, and given what he explicitly promised, it remains simply a fact that Obama has delivered in a way that the unhinged right and purist left have yet to understand or absorb.

Sullivan assured readers that Obama’s reelection “remains, in my view, as essential for this country’s future as his original election in 2008.” He concluded, “If I sound biased, I am. Biased towards the actual record, not the spin.” Oh, well. Okay then.

Can anyone imagine the current shell of Newsweek magazine offering a cover story called “Why are Trump’s critics so dumb?” Neither can we.

For more examples from our new series, The NewsBusters Time Machine, go here.