WAR: Trump Battles Acosta: CNN Is Awful and You Are a ‘Rude’ and ‘Terrible’ Person

Donald Trump and CNN battled in an incredible post-Election Day press conference. The President slammed Jim Acosta as a “rude,” “horrible” and “terrible person.” At one point, Trump told Acosta to sit down as a White House aide tried to take the microphone away from him.

Acosta began by chiding Trump for calling the caravan an “invasion.” He lectured, “But do you think that you demonized immigrants in this election.” Eventually, a fed up Trump tried to stop the CNN journalist from filibustering: “Honestly I think you should let me run the country. You run CNN and if you did it well, your ratings would be much higher. Okay, that’s enough!”

As a White House aide attempted to take away the microphone from Acosta, the journalist pushed her away. Trump snapped, “CNN should be ashamed of itself having you working for them. You are a rude, terrible person. You shouldn't be working for CNN.”

If you just want to see the exchange when Acosta, Trump and a White House aide fought over the microphone, watch a shortened video below.


A transcript of the exchange is below: 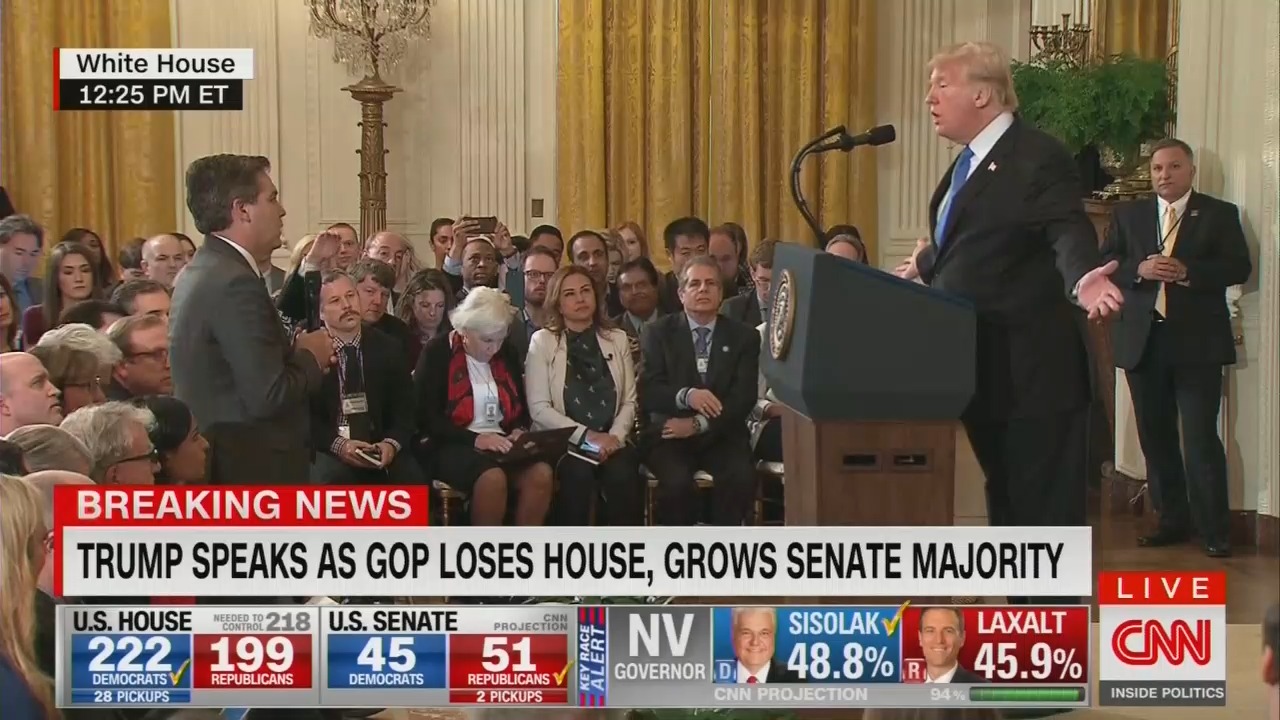 JIM ACOSTA: Thank you, Mr. President. I want to challenge you on one of the statements that you made in the tail end of the campaign in the midterms.

ACOSTA: If you don’t mind, Mr. President. That, well, that this caravan was an invasion.

TRUMP: I consider it to be an invasion.

ACOSTA: The caravan was not an invasion. It was a group of migrants moving up from Central America towards the border with the U.S.

TRUMP: Thank you for telling me that. I appreciate it.

ACOSTA: Why did you characterize it as such and —

TRUMP: Because I consider it an invasion. You and I have a difference of opinion.

ACOSTA: But do you think that you demonized immigrants in this election to try to keep them —

ACOSTA: Your campaign had an ad showing migrants climbing over walls and so on.

ACOSTA: They aren’t going to be doing that.

TRUMP: Well, no. It was true. Do you think they were actors? They weren't actors. They didn't come from Hollywood. These were people —  this was an actual, you know, it happened a few days ago and —

TRUMP: Honestly I think you should let me run the country. You run CNN and if you did it well, your ratings would be much higher. Okay, that’s enough. 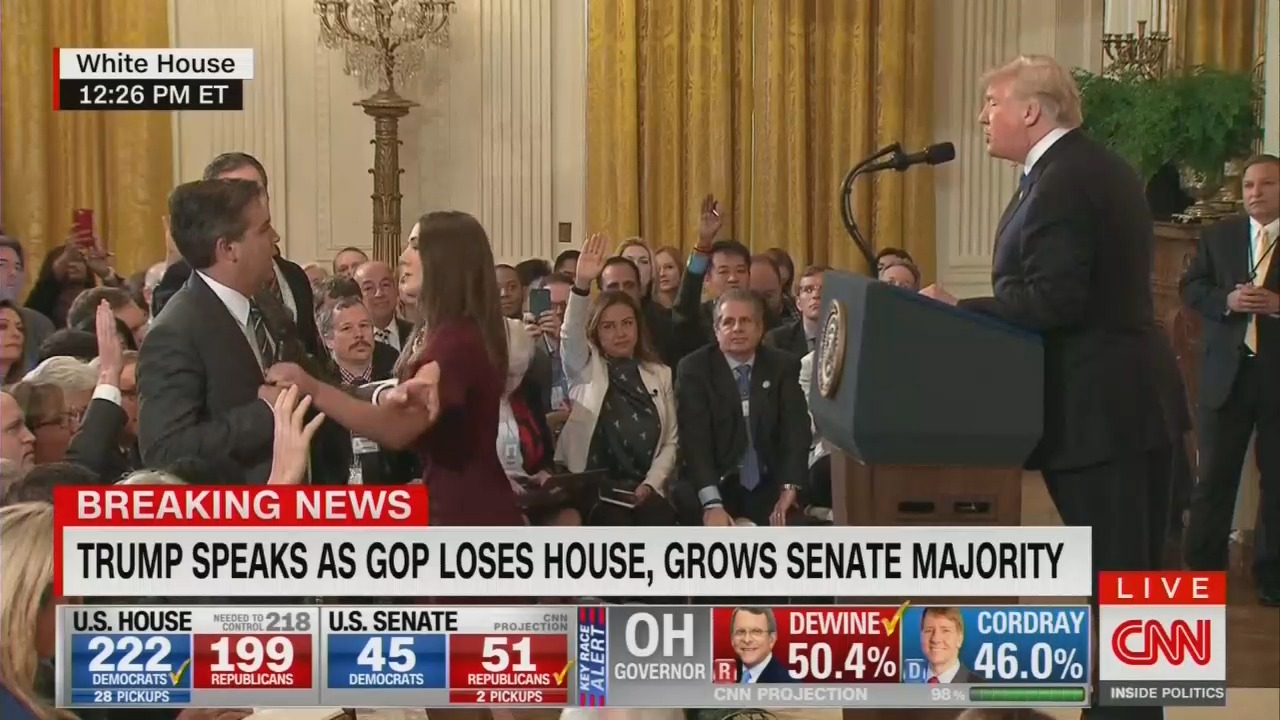 ACOSTA: If I may ask one more question.

ACOSTA: Excuse me, I was going to ask one other question. Pardon me, ma’am.

ACOSTA: Mr. President, I had one other question if I may ask on the Russia investigation. Are you concerned that you may have —

TRUMP: I'm not concerned about anything with the Russian investigation because it's a hoax. That's enough. Put down the mic!

TRUMP: I'll tell you what, CNN should be ashamed of itself having you working for them. You are a rude, terrible person. You shouldn't be working for CNN. [To Peter Alexander.] Go ahead. You're a very rude person. The way you treat Sarah Huckabee is horrible and the way you treat other people is horrible. You shouldn't treat people that way. Go ahead. Go ahead, Peter.

PETER ALEXANDER: In Jim's defense I traveled with him and watched him. He is a diligent reporter who busts his butt.

TRUMP: I'm not a big fan of yours either to be honest with you.

ALEXANDER: So, let me ask you a question. You aren’t the best. [To Acosta.] You repeatedly over the course of --

TRUMP: Just sit down, please. When you report fake news which CNN does a lot, you are the enemy of the people. [To Alexander.] Go ahead.