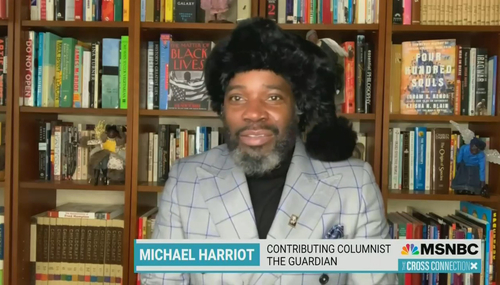 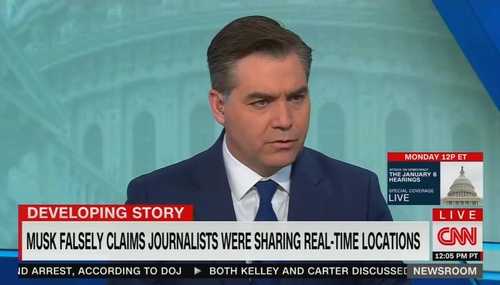 Acosta Wonders If People Understand 'The Gravity' Of Musk And Twitter

CNN Newsroom host Jim Acosta returned to his old form on Saturday of hyperbolically warning about threats to press freedom as he compared the Twitter suspension of several journalists to the Trump White House revoking his press credentials. He also managed to compare tracking Elon Musk’s jet to reporting when senators arrive on the Senate floor or athletes who arrive at a stadium. 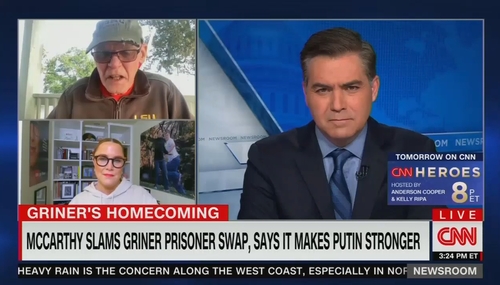 On Saturday afternoon, CNN was again showing how fixated on race and identity the liberal media are as CNN contributor S.E. Cupp and former contributor James Carville suggested that racism is to blame for Republicans criticizing President Joe Biden's prisoner exchange agreement with Russia that led to the release of the WNBA's Brittney Griner. 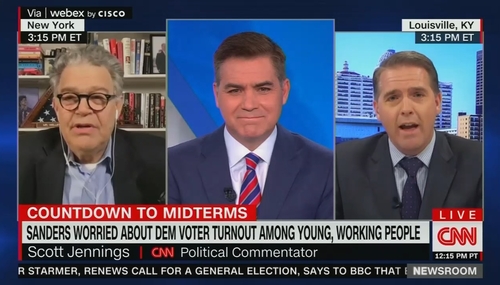 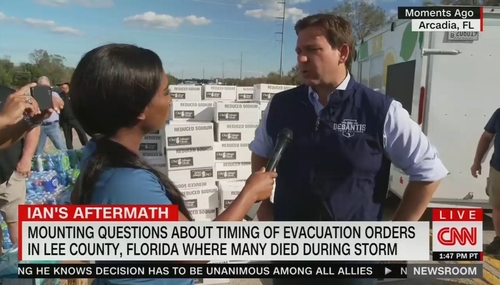 Over the weekend, the liberal media made the pivot to pin blame for Hurricane Ian’s catastrophic destruction and loss of life in Florida n Governor Ron DeSantis (R) and Lee County officials. CNN was naturally part of this campaign Sunday afternoon as they sent correspondent Nadia Romero to confront DeSantis. Spoiler alert: It didn’t go well for them as DeSantis wiped the floor with the… 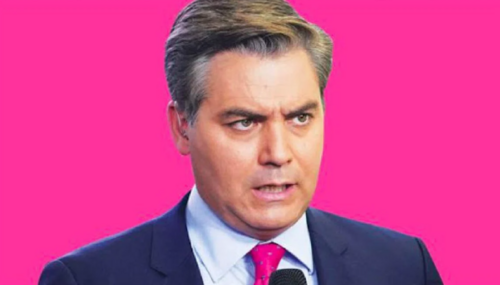 A Nexis search of CNN transcripts confirms that weekend host Jim Acosta -- the man who repeatedly said Trump endangered the lives of reporters as he yelled at Trump in White House press conferences -- said zip, zilch, nada about a Democrat politician stabbing a reporter to death in Las Vegas on the hours he was anchoring over the weekend. 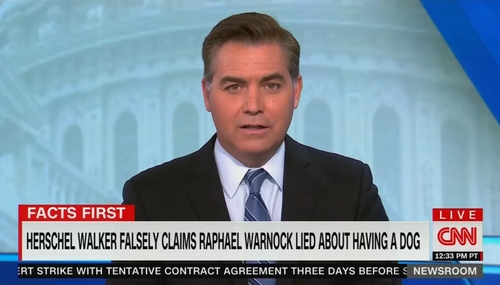 Acosta and Dale Ask Critical Question: Does Warnock Have A Dog?

CNN Newsroom host Jim Acosta and CNN fact checker Daniel Dale asked on Saturday what might be the most important question of the 2022 midterms: does Sen. Raphael Warnock have a dog? Or, more specifically, is his Republican opponent Herschel Walker lying about him lying about having a dog? 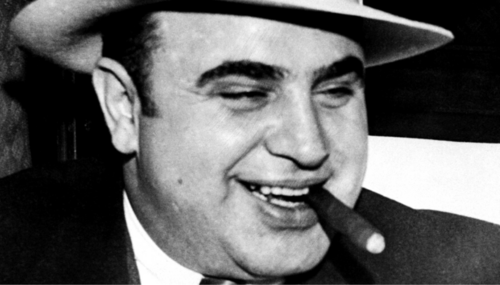 In an interview with another former White House screamer (Jim Acosta), Sam Donaldson smeared Donald Trump by comparing him to Al Capone. 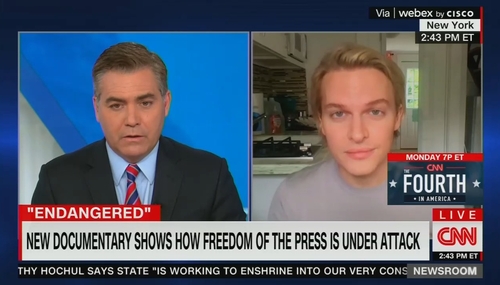 Acosta Decries Lack of Trust in Journalists Who Are 'Under Attack'

Jim Acosta may be stuck behind a desk, but the self-righteousness from his days as White House correspondent reappeared on Saturday’s CNN Newsroom as he hyped a new HBO documentary executive produced by Ronan Farrow entitled Endangered. As Acosta tells it, journalists are under attack around the world, including in America where conservatives don’t trust them. 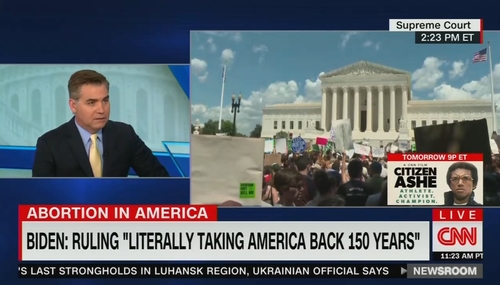 In a shocking development, CNN Newsroom host Jim Acosta acknowledged the existence of pro-life Democrats and welcomed one, Kristen Day, onto his Saturday show to discuss the Supreme Court’s Dobbs ruling. Unfortunately, the same liberal talking points remained as Acosta decried the U.S.’s lack of “stellar company” on the issue while suggesting that pregnancy centers aren’t… 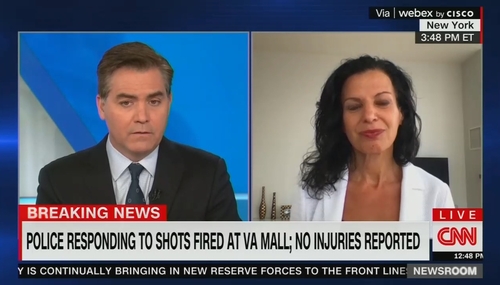 CNN’s Jim Acosta reacted to the breaking news of a shooting that resulted in no deaths or injuries at Tysons Corner Mall in Virginia on Saturday by suggesting a lack of gun control contributed to the situation. Meanwhile, national security analyst Juliette Kayyem declared that is hard for teenagers to flee such situations because of alleged racism in the police and attacked America's “culture… 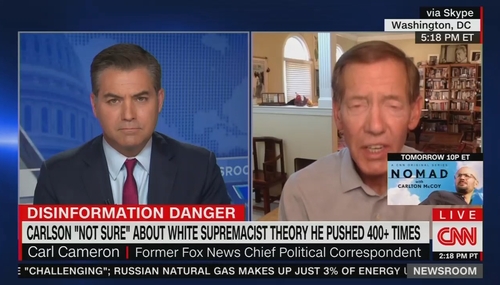 Cameron Doubles Down, Suggests Fox Not Protected By Free Speech

On Tuesday, former Fox News chief political correspondent Carl Cameron declared in the aftermath of the white supremacist mass shooting in Buffalo, that some people need to go to jail for spreading misinformation. On Saturday’s CNN Newsroom with Jim… 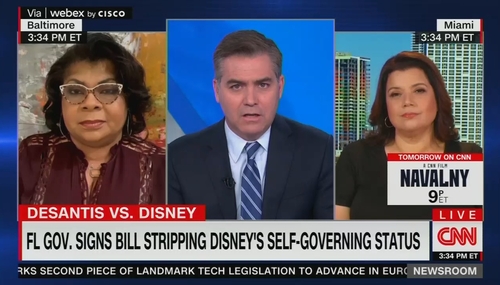 The only thing CNN Newsroom host Jim Acosta and former nominal Republican strategist Ana Navara know about cancel culture is that Republicans claim to be against it. Their ignorance of the issue was illustrated on Acosta’s Saturday show as the duo accused Florida Republicans of “cancelling” Disney by revoking its special tax status.