New Jersey Paper’s Grudging Endorsement: ‘Choke It Down and Vote for Menendez’ 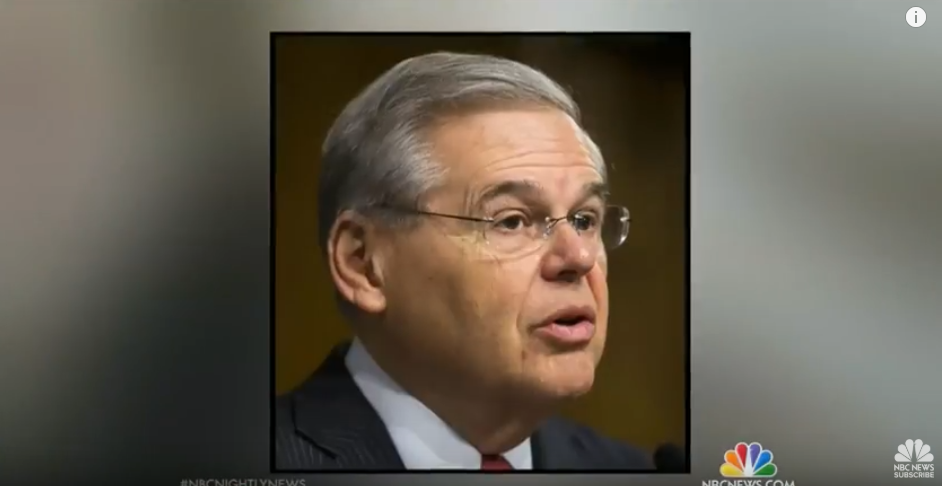 Sometimes, pulling an allegedly corrupt Democrat over the finish line isn’t the most pleasant journalistic task. That’s the feeling one gets from reading the grumbling support (?) the New Jersey Star-Ledger offered to Democrat Robert Menendez on Sunday. The newspaper managed this not-exactly-ringing endorsement: “Choke it down, and vote for Menendez.”

That headline isn’t exactly one you would put on a book blurb or a movie poster. But we are talking about a man who narrowly escaped conviction for corruption. The ambivalence fits with the broader tone media outlets when it comes to the midterms. Ignore the bad Democratic candidates and praise the perceived stars like Beto O’Rourke.

The Star-Ledger endorsement begins by explaining how “depressing” the choice is in New Jersey:

This year's U.S. Senate race presents the most depressing choice for New Jersey voters in a generation, with two awful candidates whose most convincing argument is that the other guy is unfit to serve.

From there, the “endorsement” shifts to slamming the “profound narcissim” of the candidate who only escaped criminal conviction by a “miracle”:

Before he was caught in 2015, Sen. Robert Menendez broke Senate rules by routinely accepting expensive gifts, including private jets to luxury resorts abroad. He kept those gifts secret, breaking another rule. He then used his office to promote the personal and business interests of the man who paid the bills. All that was the unanimous conclusion of the Senate ethics committee, including all its Democrats.

It's a miracle that Menendez escaped criminal conviction, and an act of profound narcissism that he stayed in the race despite this baggage, putting a Democratic seat at risk while Donald Trump sits in the White House.

In the end, of course, partisanship wins: “Menendez has his flaws, but when he says he is a fighter for New Jersey, and against Trump, he's telling the truth.”

As the Media Research Center’s Rich Noyes found in an October 30 study on the 2018 midterms, Menendez’s candidacy, and its vulnerable state, has been ignored by the network evening newscasts. In contrast, liberal dreamboat Beto O’Rourke, received 100 percent positive coverage.

What is the difference between the New Jersey Senate race and the Texas race? Not much when it comes to polling. Ted Cruz has a 6.4 percent lead, according to Real Clear Politics. Menendez leads Republican challenger Bob Hugin by 6.5 percent. Imagine how close the New Jersey race might be if Hugin earned the same fawning media praise as O’Rourke.

Maybe media outlets don’t’ want to resort to the “praise” the Star-Ledger gave to Menendez, such as the endorsement’s closing line: “Our hope is that voters... choke down their reluctance and vote for Menendez. He's no gem, but he's better than Hugin.”