Liberal View co-host Joy Behar stepped in it again on Wednesday. Ranting about Donald Trump, she lamented that “God forbid” the “sociopath” might “live another 20 years.” The comment was cringe-worthy enough that Behar backtracked after a commercial break, exclaiming, “I didn’t mean that, what I said.”

In a segment on the new Bob Woodward book, Behar seethed about Trump: “This guy is incapable of telling the truth.... He's a sociopath, I'm telling you.” She then brought up the President’s life span: “This man will never apologize. If he lives another 20 years, God forbid — ” The awkwardness of this line of thinking seemed to occur to the ABC co-host. She haltingly sputtered: “If he lives another 20 years, he could be, like, 105 by the time —”

Perhaps a producer warned Behar during a commercial break. She interrupted co-host Whoopi Goldberg on another topic to clean up the mess: “Let me clarify something.” Behar revised her comments about a possible Trump death:

I don't wish the President ill. I really don't. I just want him out. I mean, sometimes I hear him say things like, "I think I could be president for life" and it's like, no! So, it's really about that. I do not. I would never say something —  I didn't mean that, what I said.

Behar has a history of these types of outrageous remarks. On February 13, she mocked Vice President Mike Pence as a “dangerous” Christian with a “mental illness.” After intense pressure from a grassroots effort by the Media Research Center, Behar apologized on March 13: “I was raised to respect everyone's religious faith. I fell short of that. I sincerely apologize for what I said.” 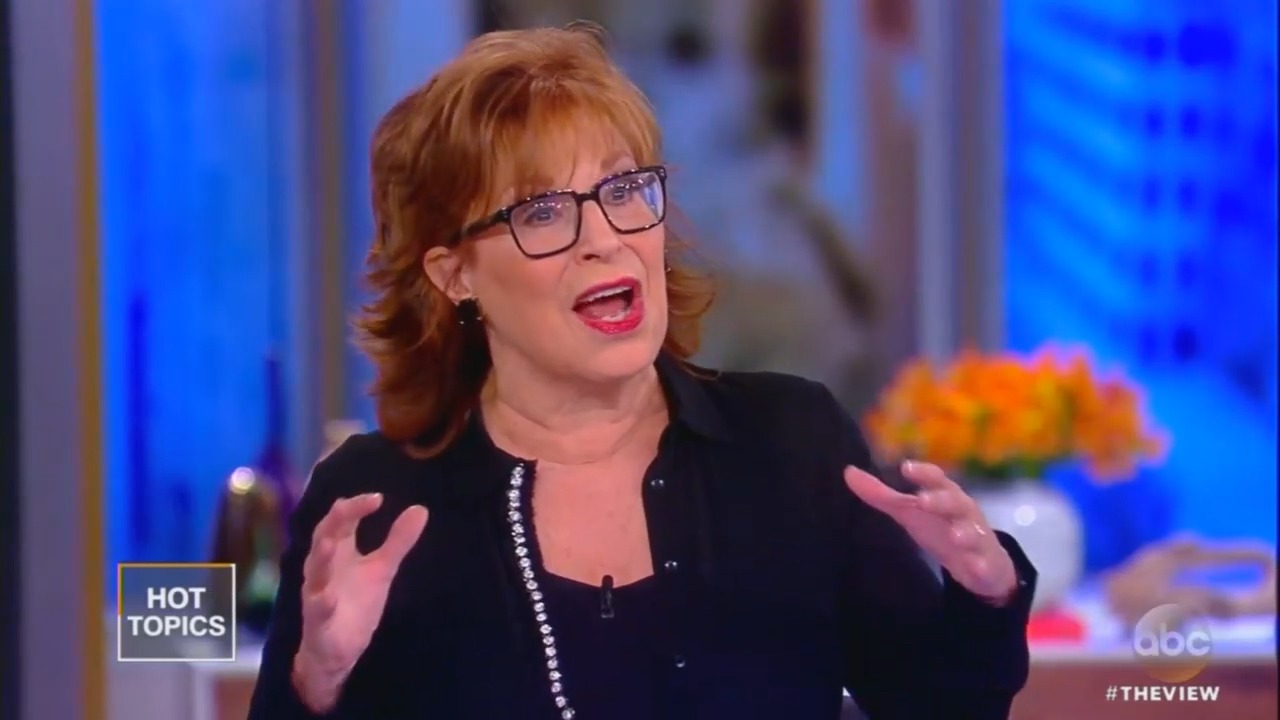 JOY BEHAR: He's incapable of telling the truth, you realize. People need to understand. Bob Woodward's book Fear, the main thing to come away with is the guy is incapable of telling the truth. This is a lie, every single day. The people in his administration, people who work with him, they cannot reason with him. He never backtracks, he never says, “Okay, I'm changing my mind.” they show him the facts, he disputes it. He lies, disputes it. He's a sociopath, I'm telling you.

BEHAR: Unfortunately, the real power is in the presidency. That's what it is, he's the one who calls the shots so he has to take the blame. George W. sort of apologized and said he didn't do the right --

ABBY HUNTSMAN: He had to.

HUNTSMAN: Well, that was a moment for him yesterday. That was a big moment to be the adult in the room.

BEHAR: He will never ever backtrack or tell the truth, this guy.

WHOOPI GOLDBERG: But he didn’t want everyone in the room laughing at him when he said, “I’m the leader.” They were [makes laughing sound. Goes to commercial break.]

BEHAR: Wait a minute, let me clarify something.

BEHAR: The last statement, I don't wish the President ill, I really don’t. I just want him out. I mean, sometimes I hear him say things like, “I think I could be president for life” and it's like, no! So, it's really about that. I do not. I would never say something —  I didn't mean that, what I said.