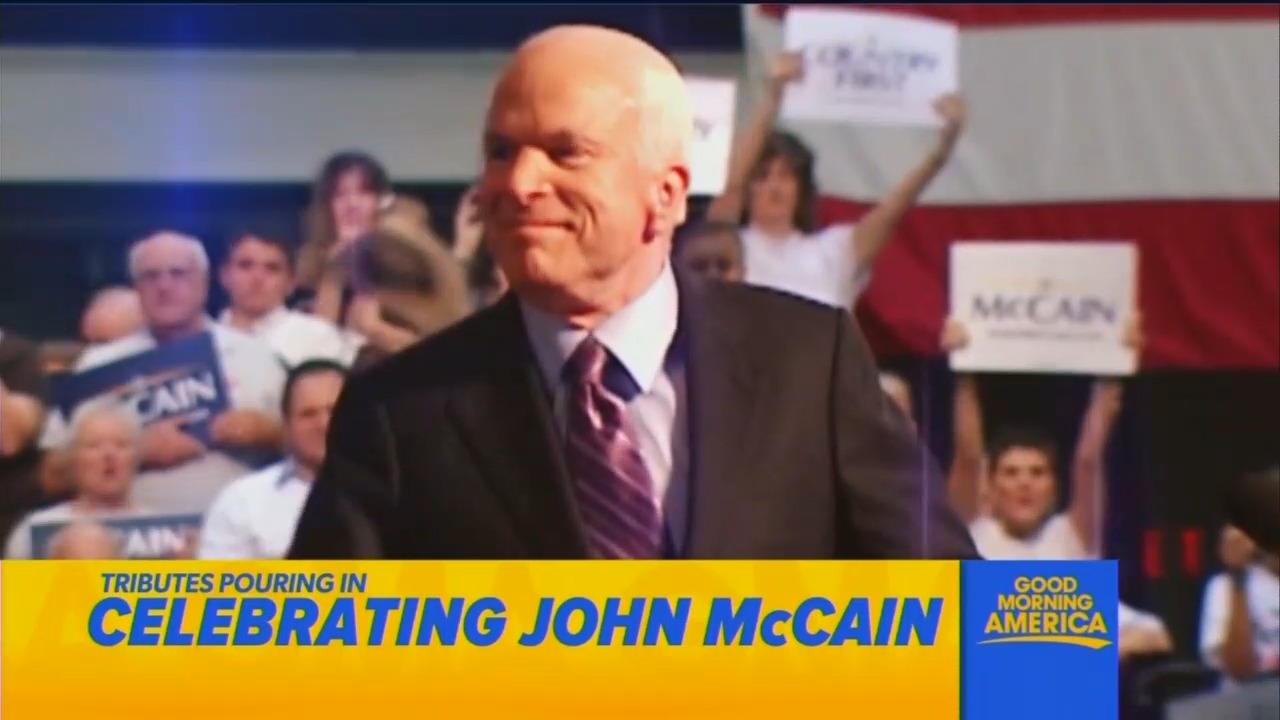 As the Media Research Center’s Geoff Dickens explained on Monday, journalists loved the late John McCain, except when he got in their way. That hypocrisy was certainly on display on ABC’s Good Morning America and CBS This Morning. CBS co-host Norah O’Donnell lamented “the end of an era.” George Stephanopoulos cheered: “A giant in American politics.”

Co-host Robin Roberts touted the "bipartisan accomplishments he was able to achieve and his principled leadership is something that will be missed.” Yet, these same networks hammered McCain in 2008 for daring to oppose Barack Obama. On November 3, 2008, Stephanopoulos warned “there will be a lot of anger” if the Republican won.

ABC’s Barbara Walters wondered if that result would be because of racism. Stephanopoulos replied, “I think it could.”  On July 31, 2008, ABC threw a fit over McCain’s “strange”, “nuclear attack” against Obama.

A McCain ad that compared Obama to a light-weight celebrity had then-ABC co-host Chris Cuomo complaining: “Some odd campaign news today. There's a round of new campaign commercials that really have us scratching our heads here.”

On the July 23, 2008 CBS Early Show, Jeff Glor undermined the Senator: “A maverick even back in high school, John McCain was nicknamed ‘the punk.'” During the story, USA Today columnist Walter Shapiro derided: "John McCain graduated five slots from the bottom of the Annapolis class of 1958.”

On Monday’s CBS This Morning, amidst the praise, co-host John Dickerson described 2008 as a preview of the “seemingly irresistible pull of the Republican Party fringe”:

DICKERSON: But instead picked Alaska Governor Sarah Palin. That decision to woo the party's die hards foreshadowed the ascendancy of President Donald Trump and the seemingly irresistible pull of the Republican Party fringe, which he memorably resisted in the final days of his 2008 campaign.

Whatever they may say now, journalists weren’t so fond of McCain when he dared to stand in the way of Barack Obama.