CBS This Morning journalists on Monday highlighted the desperate need to secure the border, the northern border that is. Offering a refreshingly clear look at the lack of effort to stop illegals or terrorists from getting through, Gayle King explained: “CBS News has learned that the number of people illegally crossing the United States northern border is up 142 percent.”

Reporter Don Dahler traveled to Vermont to show how, in some places, there is no security at all. Standing with a border patrol agent, Dahler looked at a rickety gate and wondered: “Does this represent the physical security infrastructure along the northern border?... A gate with a lock?”

Border patrol agent Norm Lague replied: “This is a part of that, yes.” Author Porter Fox informed viewers of the fact that known terrorists have crossed the border from Canada.

Kudos to CBS for covering this threat from the northern border. However, the network has a tendency of downplaying crimes that implicate illegal immigrants. So some consistency would be nice. 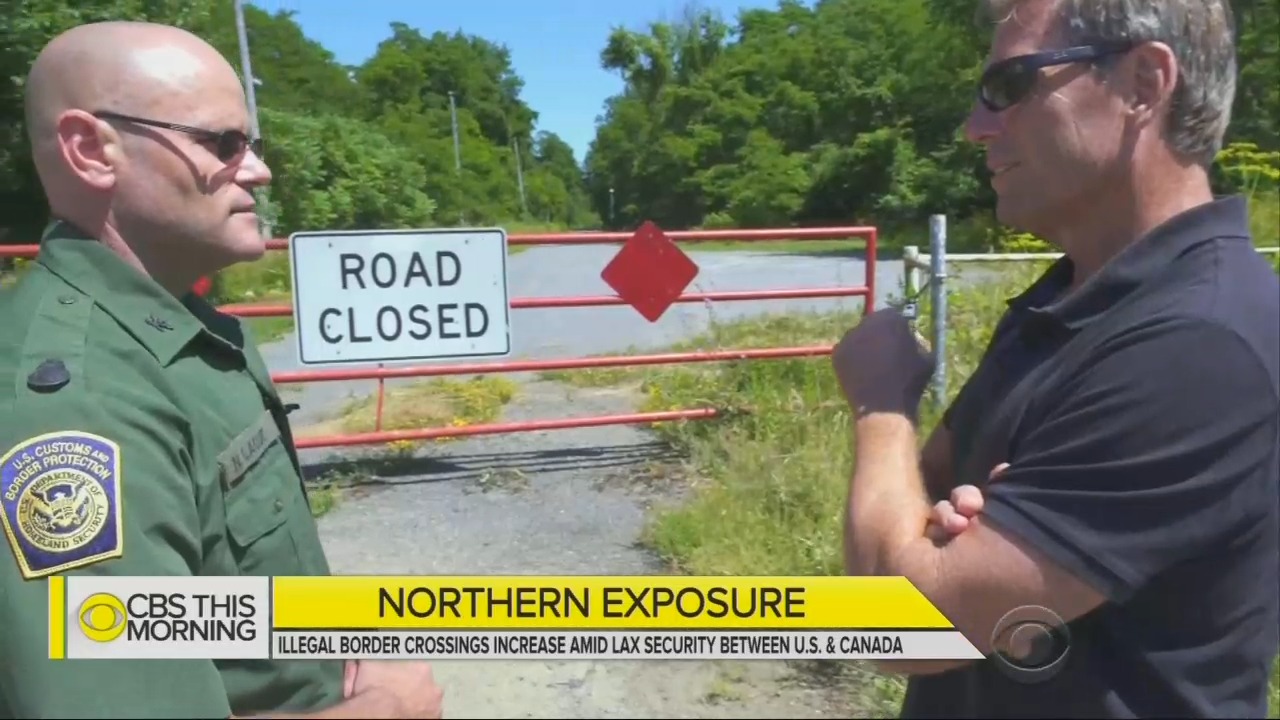 GAYLE KING: CBS News has learned that the number of people illegally crossing the United States northern border is up 142 percent. Border patrol agents apprehended 445 people entering from Canada during the first six months of 2018. Now, that compares with 184 during the same period last year. Don Dahler traveled to Derby Line, Vermont for an up close look at security near the U.S./Canadian border.

DON DAHLER: Good morning. These flower pots mark the northern border, which actually goes right through the Haskell Free Library and Opera House. I'm standing in Vermont. If I take a step that way, I’m in Quebec. As you can see, the border is very easy to cross, which was actually the original intention. But it also makes it very difficult to secure. This unguarded metal fence is the only thing keeping smugglers out of this remote corner of New York. Does this represent the physical security infrastructure along the northern border?

NORM LAGUE: This is a part of that, yes.

DAHLER: A gate with a lock? 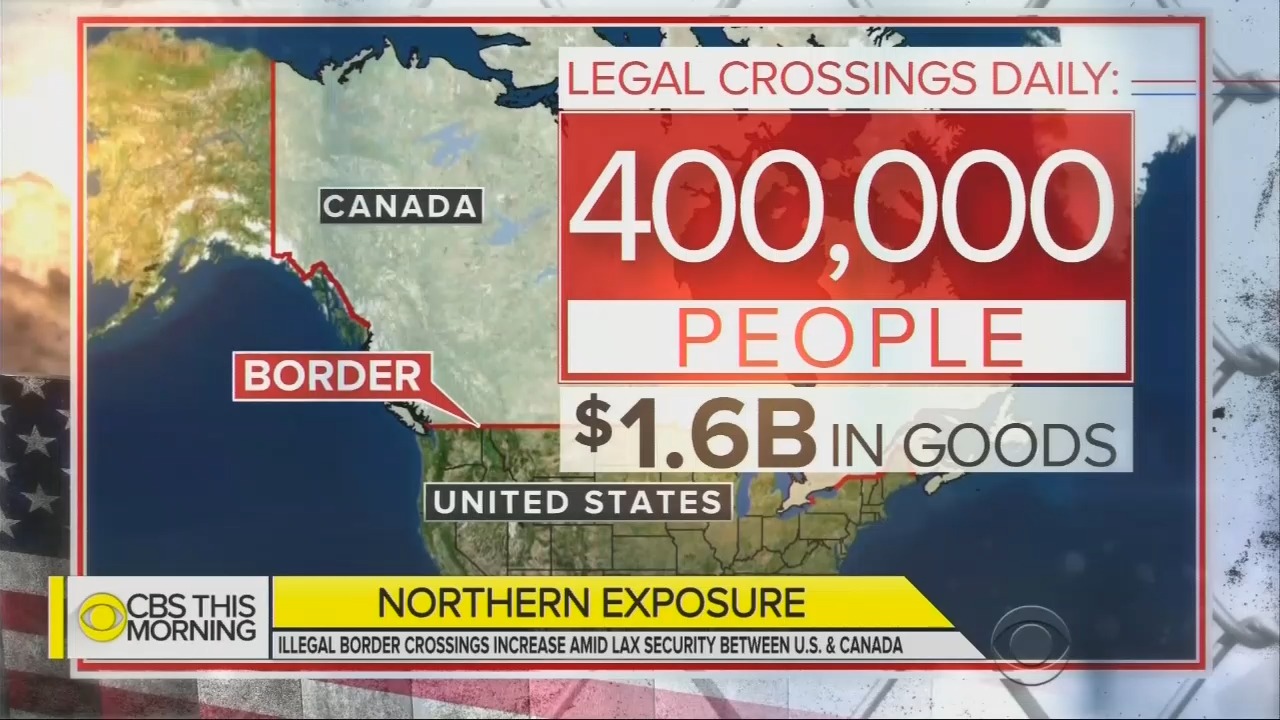 DAHLER: Norm Lague is the border patrol agent in charge here, responsible for stopping criminal gangs, drug traffickers and undocumented immigrants.. He showed us the back roads, farms, and waterways offering easy access between U.S. and Canada.

LAGUE: It's impossible for us to cover 100 percent of the border.

DAHLER: The more than 5,500-mile long U.S./Canadian border is the busiest land boundary in the world. About 400,000 people and more than $1.6 billion in goods legally cross it every day. Last year border patrol agents on the northern border apprehended 3,027 people. By comparison, those on the southern border caught more than 300,000.

LAGUE: The northern border is much more vast. The terrain is very difficult to work in and we do not have the resources at our disposal that the southern border has.

DAHLER: Many official ports of entry like this floating dock near Lake Champlain are unmanned at night. Border patrol agents rely on local residents, patrols, and sensors to alert them to possible crossings. Thousands of sensors deployed along the northern border that incorporate motion detectors and cameras. When they sense someone coming across, the tricky part is getting a border patrol agent there in time quickly enough to catch them. Sometimes entering the U.S. is as simple as walking a 20 foot-wide clearing in the woods, or paddling on a lake. And you don't have to check in with anyone. I’m not seeing any markers on this lake.

PORTER FOX (Author, Northland): It's pretty unmarked and apparently you can go wherever you want as long as you don't touch land.

DAHLER: Porter Fox is author of the book Northland, his three year exploration of what he calls America’s forgotten border.

FOX: The only known terrorists to be apprehended coming overland into America came from the North. This border was created in a different time. It was created as the world's friendliest border between two countries. Seven million American jobs, you know, depend on this cross-border business. There’s a lot at stake up here in the north.

DAHLER: Many businesses and businesses literally straddle the northern border and illegal traffic goes both ways. Just last year a Canadian pleaded guilty to smuggling handguns through this library into Canada.