Showing the contempt that some journalists have for Americans who disagree with them, Politico writer Marc Caputo slimed and stereotyped Trump supporters at a rally as not having a “full set of teeth.” The since-deleted tweet can be seen here: 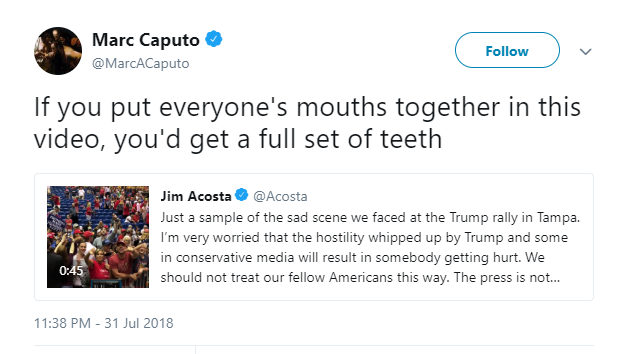 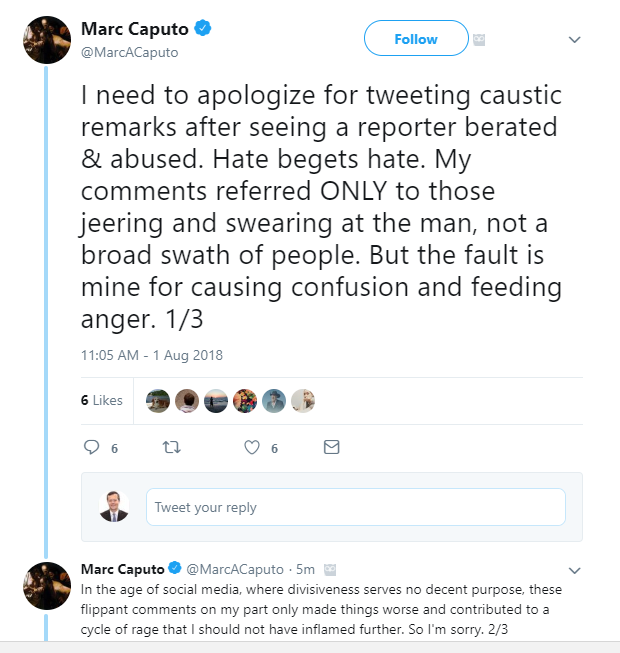 However, his apology apparently needed some goading. Initially, he refused to backtrack and lashed out at those “garbage people.” (This tweet has also been deleted.) 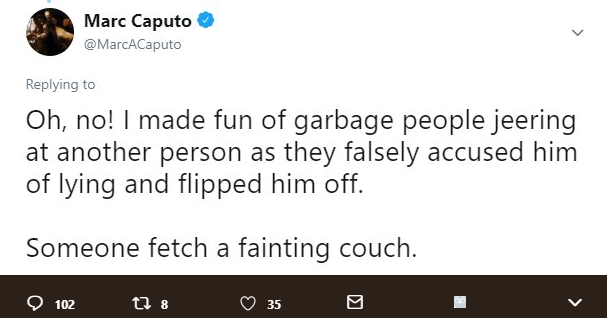 Caputo’s anger was initially stirred by the complaints of Jim Acosta who objected to the “false” notion by some of the angry (and at times vulgar) ralliers that CNN “sucks.” (Isn’t that an opinion and thus not fact check-able?)  Caputo’s redneck sterotype came in reply to this Acosta tweet: 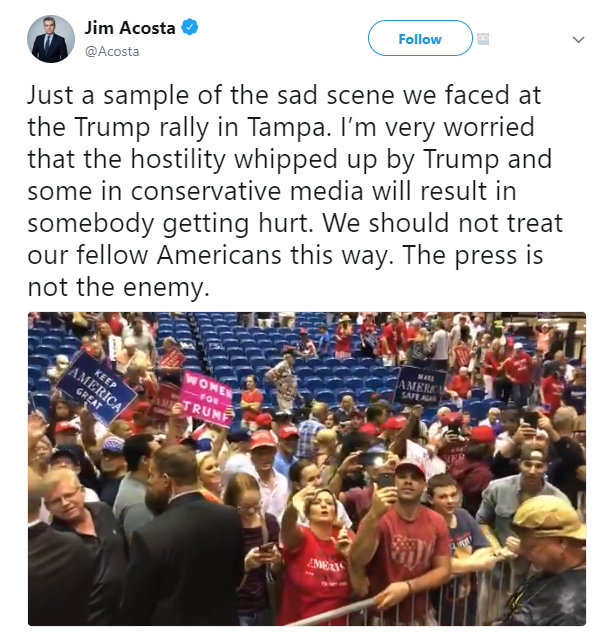 So the people at the rally are hicks with no teeth who might get someone killed? Hard to understand why there’s animosity against some in the press.