Chuck Todd: Booing Reporters Could Lead to Journalists Being Mowed Down

According to Chuck Todd, booing and nasty language towards reporters could well lead to the killing of journalists. Specifically, he compared a Trump rally this week to the 2017 horrific car killing (and injuring of multiple others) by a racist white nationalist in Charlottesville. Todd began by lecturing his MTP Daily viewers on Wednesday: “Tonight, I'm obsessed with how we're no longer obsessed over the things President Trump says.”

The MSNBC journalist then made his vile comparison. First, he played a clip of the President talking about fake news. Todd sneered: “But when you ignore this, you get this... And this kind of unfocused visceral anger at the other side of really neutral people like folks in the press corps, it can lead to this.” Then, he played 2017 footage of accused white nationalist James Alex Fields Jr., who was charged with murdering Heather Heyer via his car.

Todd concluded by huffing: “This is not normal. We shouldn't be in the business of just shrugging our shoulders and normalizing it.” 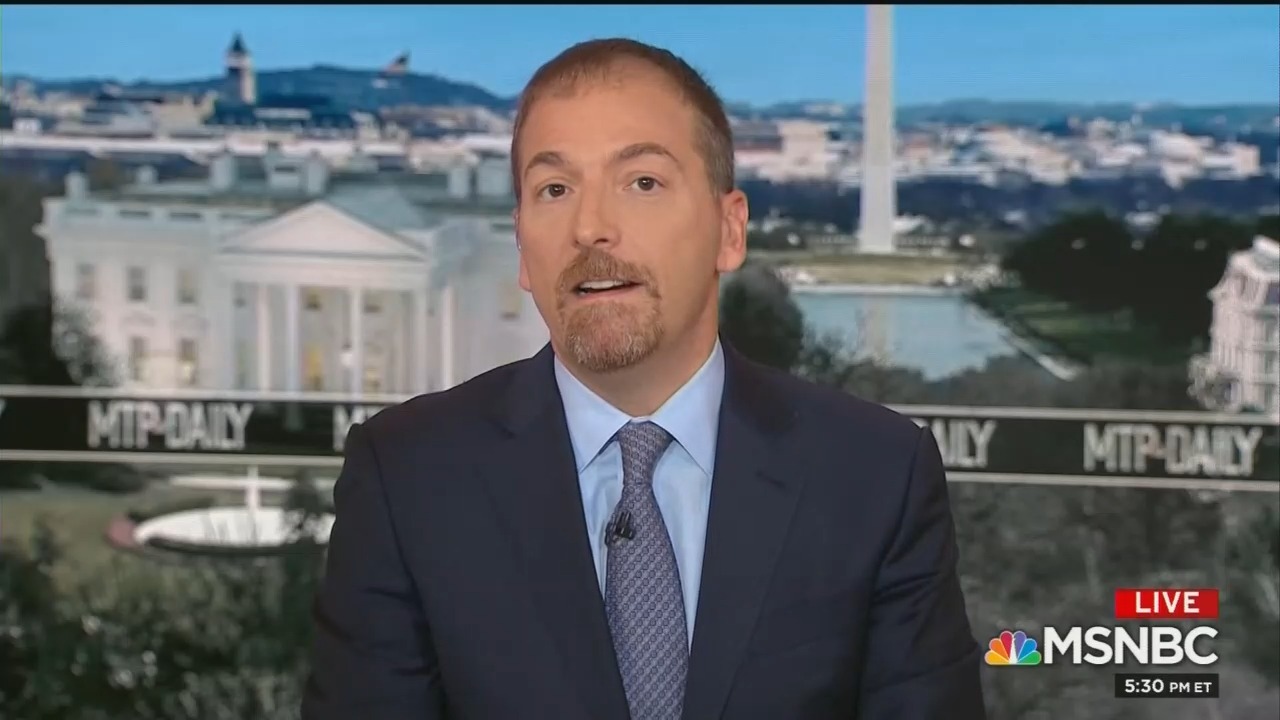 We shouldn’t be normalizing violence. That's true. Then why did Todd in 2017 by bringing on Antifa supporter Mark Bray to promote the violent organization. Todd oozed at the time: “Mark Bray, you are writing this book Antifa, the Anti-Fascist Handbook. Explain this movement and its roots.”

As the MRC’s Nicholas Fondacaro noted, “Chuck Todd never questioned his guest’s romanticized explanation about what Antifa stood for or their own anti-Semitic streak.”  On August 20, 2017, Todd doubled down and talked to the same Antifa supporter.

What was that about normalizing, Chuck? Also, where is Todd's outrage over a Portland, Oregon art gallery showing Trump having his throat cut?

CHUCK TODD: Tonight I'm obsessed with how we're no longer obsessed over the things President Trump says. Is that a good thing or a bad thing? We've already talked about the president's tweet today that Attorney General Jeff Sessions “should stop this rigged witch hunt right now before it continues to stain our country any further.” Well, imagine the outrage among Republicans if Barack Obama had said something like that about Benghazi or if George W. Bush said something like that about torture of Iraqi prisoners. Are we being conditioned to not be outraged by outrageousness by this president anymore?

TODD: Look, you may say you're exhausted from the outrage and we get it. But when you ignore this, you get this. 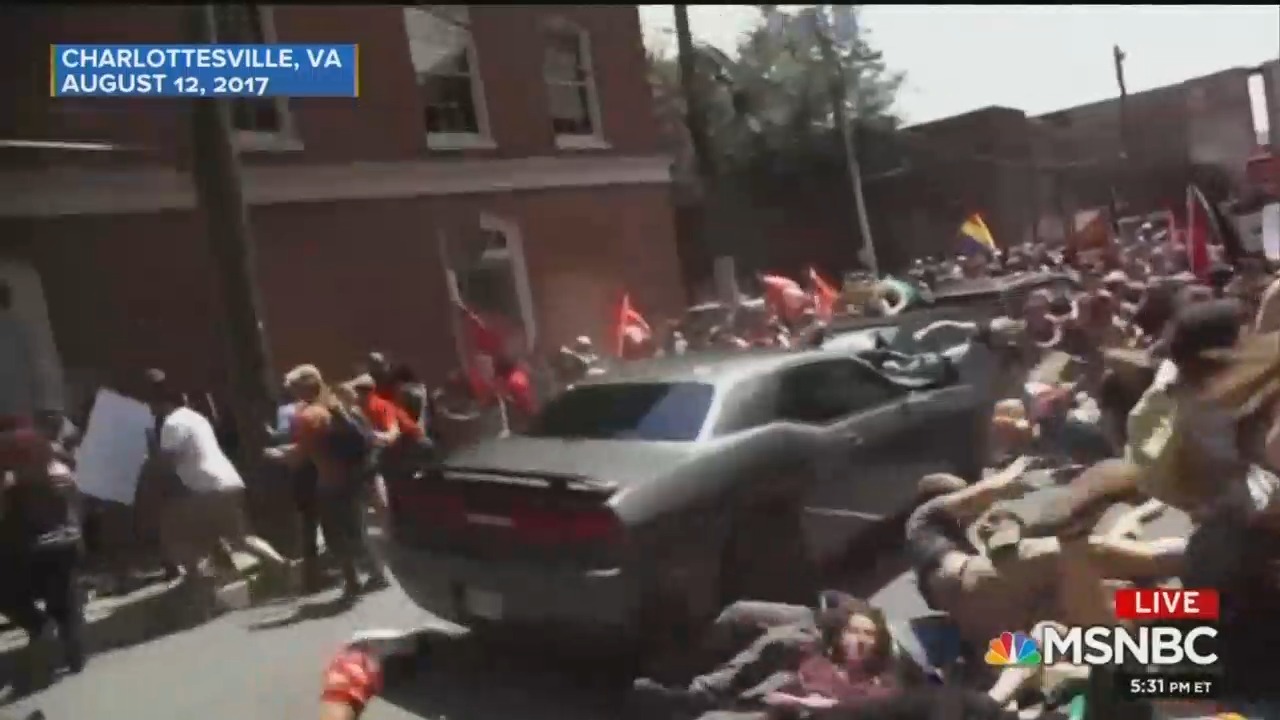 TODD: And this kind of unfocused visceral anger at the other side of really neutral people like folks in the press corps, it can lead to this.

TODD: Look, according to today's Washington post president trump has made 4,229 false or misleading claims in 558 days in office. That's an average of 7.6 a day. This is not normal. We shouldn't be in the business of just shrugging our shoulders and normalizing it.