John Harwood on Murderous Gang Members: They ‘Are Human Beings’

As though it wasn’t bad enough that some journalists are distorting Donald Trump’s attacks on the murderous MS-13 gang, journalist John Harwood on Thursday tweeted a sympathetic spin for the vicious killers.

Instead of altering the President’s comments to be an attack on all immigrants (as others did), the CNBC reporter offered this take on the criminals who dismember their victims. He tweeted: “However repugnant their actions, MS-13 gang members are human beings IMHO.”

Harwood sounds tougher on Republicans than he does on MS-13 killers. During the October 28, 2015 GOP presidential debate, he sneered to Trump: “Let’s be honest. Is this a comic book version of a presidential campaign?”

On April 23, 2005, Harwood described Republicans as “evil”: “I believe it is true that a significant chunk of the press believes that Democrats are incompetent but good-hearted, and Republicans are very efficient but evil.” 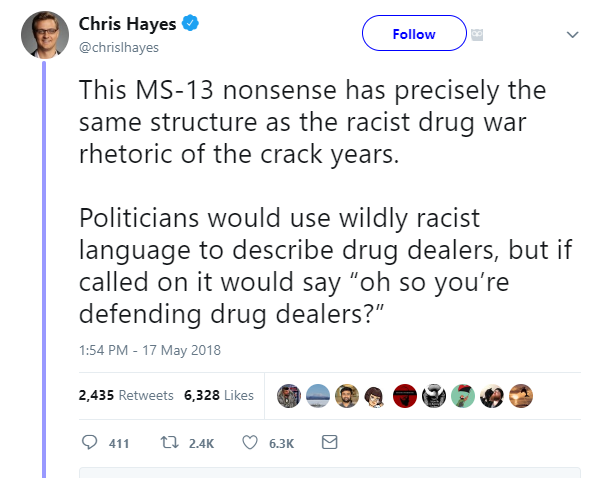 On Wednesday and Thursday, journalists distorted Trump’s comments, which were about MS-13, and made them about “undocumented immigrants.”