In the wake of the latest NFL protests, CBS journalist James Brown on Monday praised Colin Kaepernick as a “bridge builder” and someone who deserves some “credit.” Brown appeared on CBS This Morning to cheer, “He's committed, he's put his money where his mouth is. Nearly a million through community efforts to be a bridge builder.”

The sports reporter continued, “He's not just someone sitting up living comfortably off of his money and talking about an issue. He's out there on the front lines and he's involved.” Kaepernick is a bridge builder? The same man who wore socks to an NFL practice that featured cops as pigs?

The same person who praised murderous dictator Fidel Castro, gushing, "One thing Fidel Castro did do is they have the highest literacy rate because they invest more in their education system than they do in their prison system, which we do not do here even though we’re fully capable of doing that."  How, again, is Kaepernick a bridge builder?

This Morning co-host Gayle King lectured those who might disagree with the NFL protests, saying, “That's what's concerning a lot of people is that they're missing the message about how this originally started. That it didn't start as a campaign against the country or patriotism.”

[This CBS segment was sponsored by Liberty Mutual, Colgate and Mercedes.] 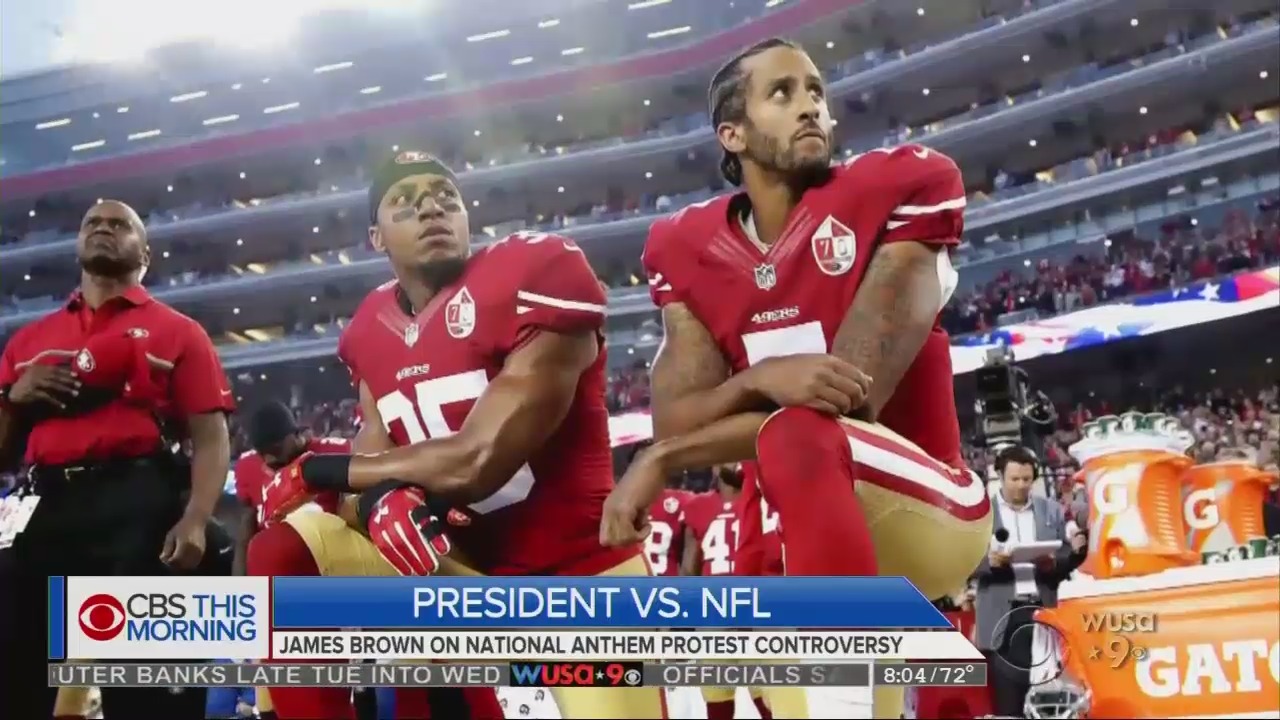 JAMES BROWN: Charlie, good morning to you, Norah and Gayle.

ROSE: Tell us what you saw and what you thought as you watched this weekend.

BROWN: What I saw was an example of togetherness. I mean, football is the ultimate team sport. So, I saw owners, the commissioner, NFLPA director and players all in unison, not necessarily agreeing with the method that the players are taking, but certainly an effort to hear what they're saying, Charlie and that it is not anti-flag. It is more pro the issues that have been longstanding and trying to find a solution together.

GAYLE KING: And I think, James, that's what's concerning a lot of people is that they're missing the message about how this originally started. That it didn't start as a campaign against the country or patriotism. 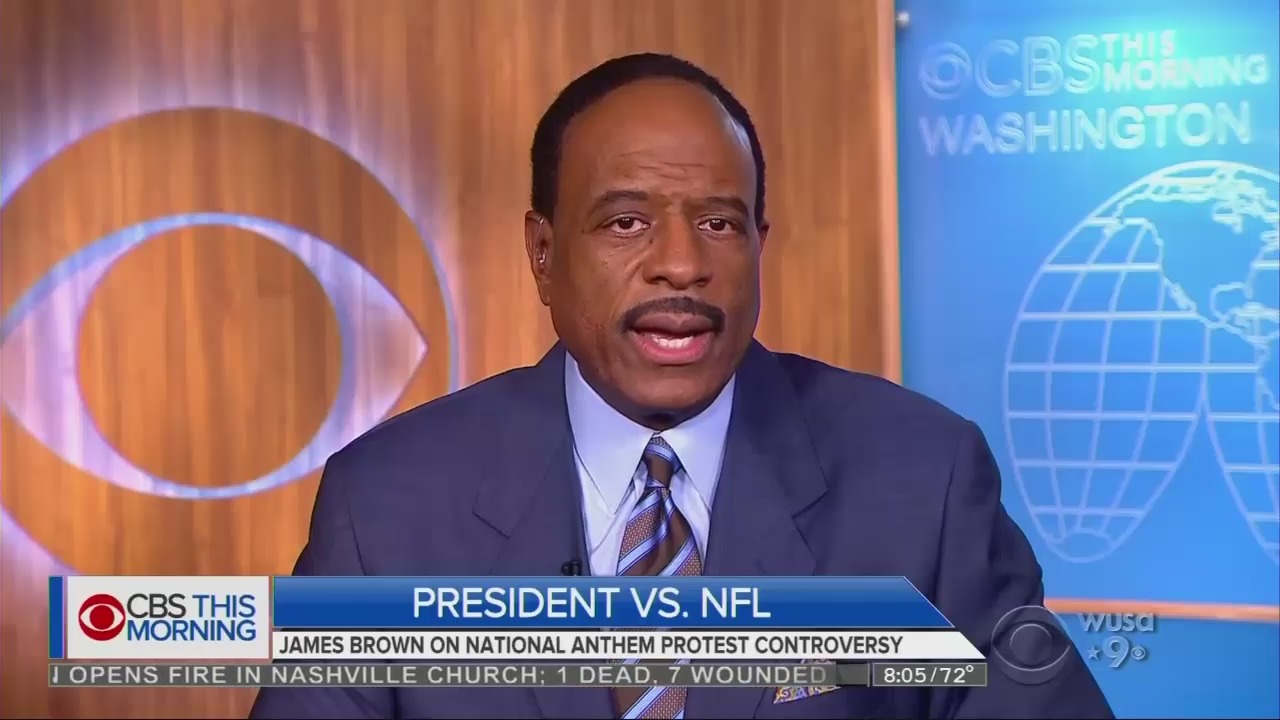 BROWN: Gayle, not at all. Again, we talked about the kind of issues that are systemic and long  standing and weekend documented in terms of community and color, especially in terms of racial inequality. And these players, by the way, Gale, aren't just making a statement. Most of these players have been actively engaged in trying to improve the fabric of those communities with their actions and with their dollars, so certain they're to be commended in that regard.

KING: Well, this started with Colin Kaepernick over a year ago and many people didn't support him at that time publicly. Why do you think now is different after President Trump's words?

BROWN: Well, I have yet to talk to Colin Kaepernick, so let me be clear about that. But from what he said in the early days in 2016 is that he wanted to raise the level of awareness and try to engage civil dialogue among, not a homogeneous group, inclusive and diverse, to try and deal with the problems. Unfortunately, through all the rancor and vitriol that’s been spewed out since then, at least it’s in the public consciousness and people are having conversations across different strata, if you will, to try to find out what the solution is.

NORAH O’DONNELL: Some fans say they appreciate the players' right to protest but that it shouldn't come during the national anthem. What do you make of that?

BROWN: You know, Norah, and I truly and completely understand how many people only see the flag and what it stands for and think that it is an affront to those in law enforcement and military. It's not anti-any of those things. It's more pro-what the issues are. I think to the degree, the old expression, can we reason together, sit down to hear one another? That's what we're seeing when we look at Arthur Blank, ownership like Arthur Blank, like Stephen Ross of the Miami Dolphins, Pete Carroll, the coach of the Seattle Seahawks. They're at least engaged in dialogue. They're hearing the players to be supportive. Look, the old expression, you can agree to disagree without being disagreeable is the manner in which they're going about it, Norah.

BROWN: A year later? Still from a visible standpoint unemployed as far as the NFL is concerned, and that's another whole issue. But Charlie, one thing I have to give him credit for, even though I might choose a different course of action myself, the fact of the matter is he's committed. He’s put his money where his mouth is. Nearly a million through community efforts to be a bridge builder. And he’s personally been out there doing it. So, he’s not just someone sitting up living comfortably off of his money and talking about an issue. He’s out there on the front lines and he’s involved.