CBS Frets About Trump’s Threats to ‘President of North Korea’

All three networks on Wednesday grilled United Nations Ambassador Nikki Haley about Donald Trump’s “threatening” language to North Korea, wondering if the President’s speech was “appropriate.” But it was CBS This Morning co-host Gayle King who twisted the English language to worry about how the talk would impact the “President of North Korea.”

President of North Korea? The same dictator who brutally executes anyone who would defy him and kidnaps young girls to serve as sex slaves? 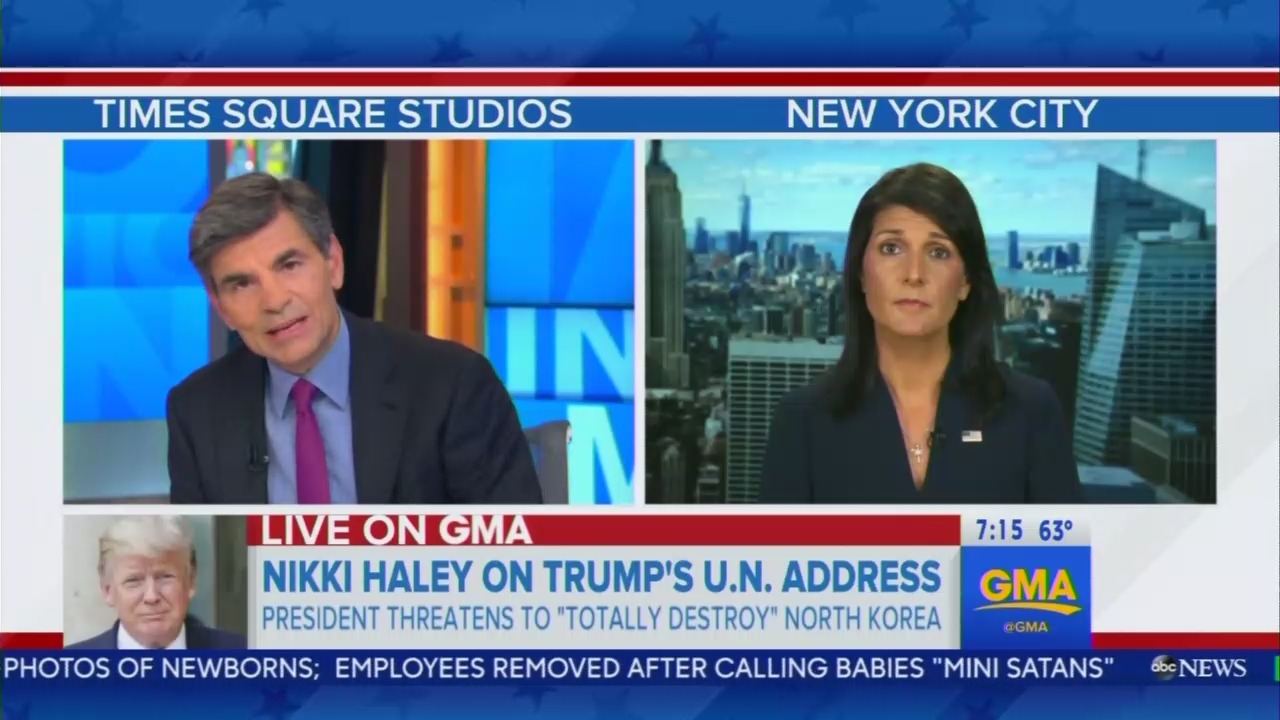 Later in the show, guest co-host Bianna Golodryga forced a question about Trump’s speech into a segment with New Orleans Mayor Mitch Landrieu's removal of Confederate memorials. She could barely hide her disdain:

I'm curious when you hear our President speak and some of the colorful language he chooses. Like yesterday even at the United Nations, Kim Jong-un the rocket man. What is your reaction to some of the language this president has used and is it helpful, do you think?

Kim Jong-un has tested three missiles, two of them flying over Japan, and tested a hydrogen bomb. Aren’t you afraid that more threats will simply push Kim into making a catastrophic mistake? 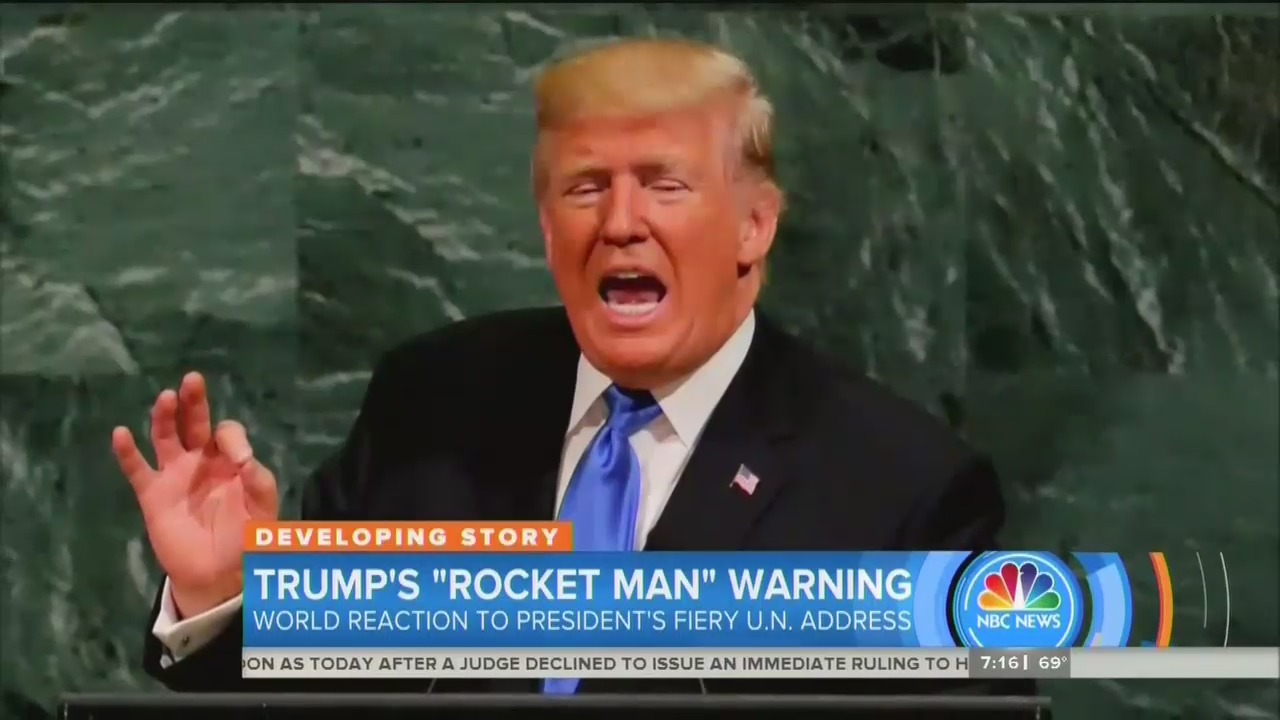 On ABC’s Good Morning America, George Stephanopoulos hectored Haley, fearing that Trump had gone too far: “Do you think it’s appropriate to use a term like 'rocket man' to talk about a leader of another country who’s got nuclear weapons?"

[The bias on ABC, CBS and NBC was sponsored by Excedrin, Comcast and Macy's.]

A transcript of the questions from CBS This Morning is below:

BIANNA GOLODRYGA: Ambassador, let me turn to North Korea and read you some of the comments the President made. He said “It's an outrage some nations would not only trade with such a regime but arm, supply and financially support a country that imperils the world with nuclear conflict. Is the President talking about China and Russia? And if so, why did he not name them specifically? 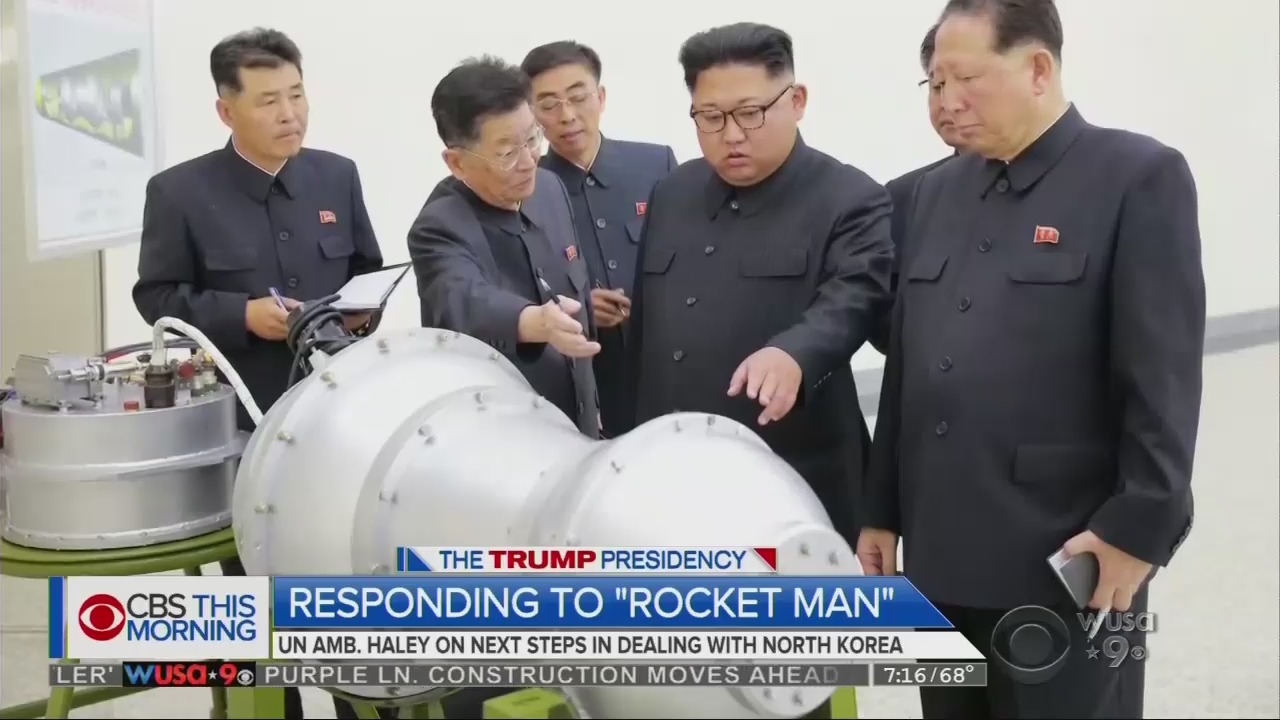 ROSE: The President has used words like “fire and fury” before. I mean, what do you believe is necessary to get his attention?