The journalists at CBS and NBC have found a new Donald Trump “outrage” to hyperventilate over: The President drove his golf cart onto a green at one of the courses he owns. This, according to CBS This Morning guest host David Westin, is a “mortal sin.” Today's Matt Lauer insisted he was “gasping” over video of Trump.

On CBS, co-host Norah O’Donnell huffed, “Well, golf is a sport of etiquette, but President Trump appears to have committed a golfing sin.” Continuing the religious language, unusual for liberal journalists, Westin excoriated, “This is a mortal sin, actually, if you're a golfer. A mortal sin.”

A mortal sin? Even as a joke, this type of language is way over the top. Over on NBC’s Today, Lauer mentioned the story at 7am as the show opened. He hyped, “A golden rule of golf broken. You won't believe who is behind the wheel today.”

A minute later, he marveled, “As a golfer, I'm gasping over that last story. But I'll save my outrage.” Later in the 7am hour, Lauer returned to the story, still annoyed: “That's not good. That really isn't good. It's a nice golf course, by the way, but to take a heavy golf cart and to ride right across the green, that just breaks every rule of golf.”

CBS This Morning devoted 41 seconds to freaking out over Trump’s golf cart error. That was just four seconds less than a movie star jokingly encouraging the assassination of the President. Talk about misplaced priorities. 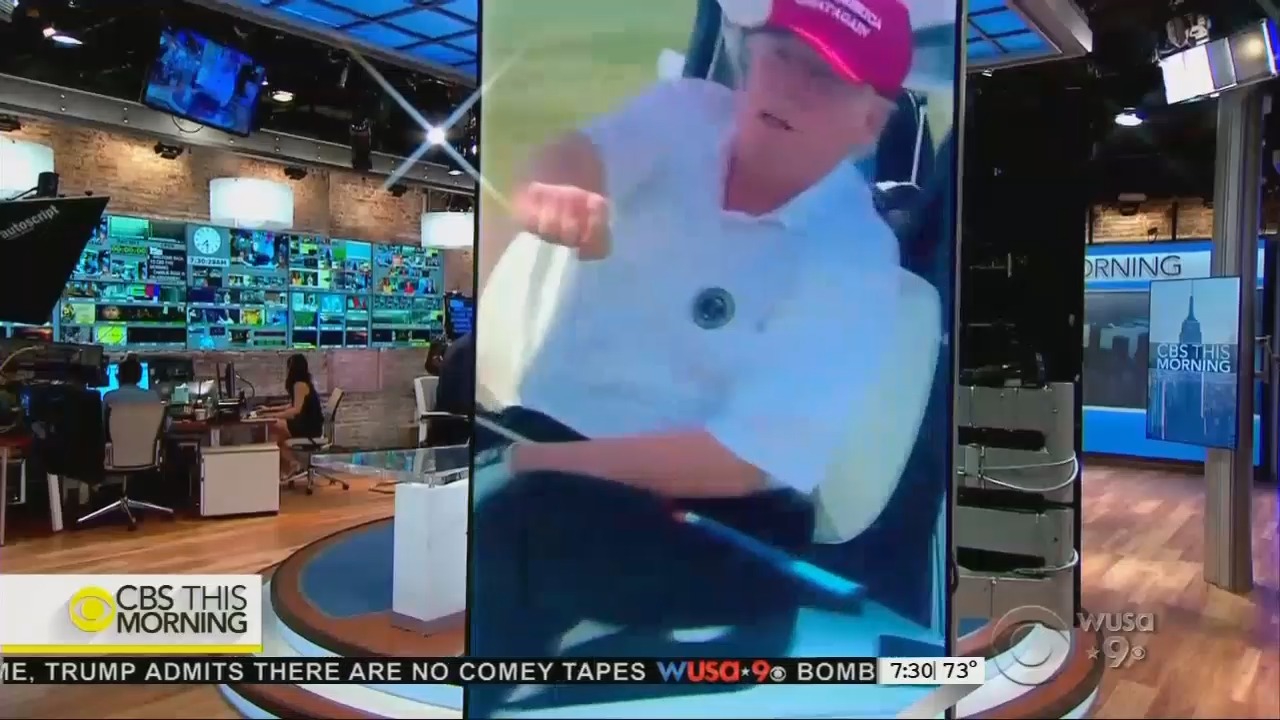 [Video footage of Trump in his golf cart.]

NORAH O’DONNELL: Well, golf is a sport of etiquette, but President Trump appears to have committed a golfing sin. Yep, he's driving a golf cart on a putting green. The President will probably get a pass. He owns the Bedminster course. I think that's a violation that can usually get you kicked out of a particular club.

DAVID WESTIN (Bloomberg/CBS guest host): No kidding. This is a mortal sin, actually, if you're a golfer. A mortal sin. 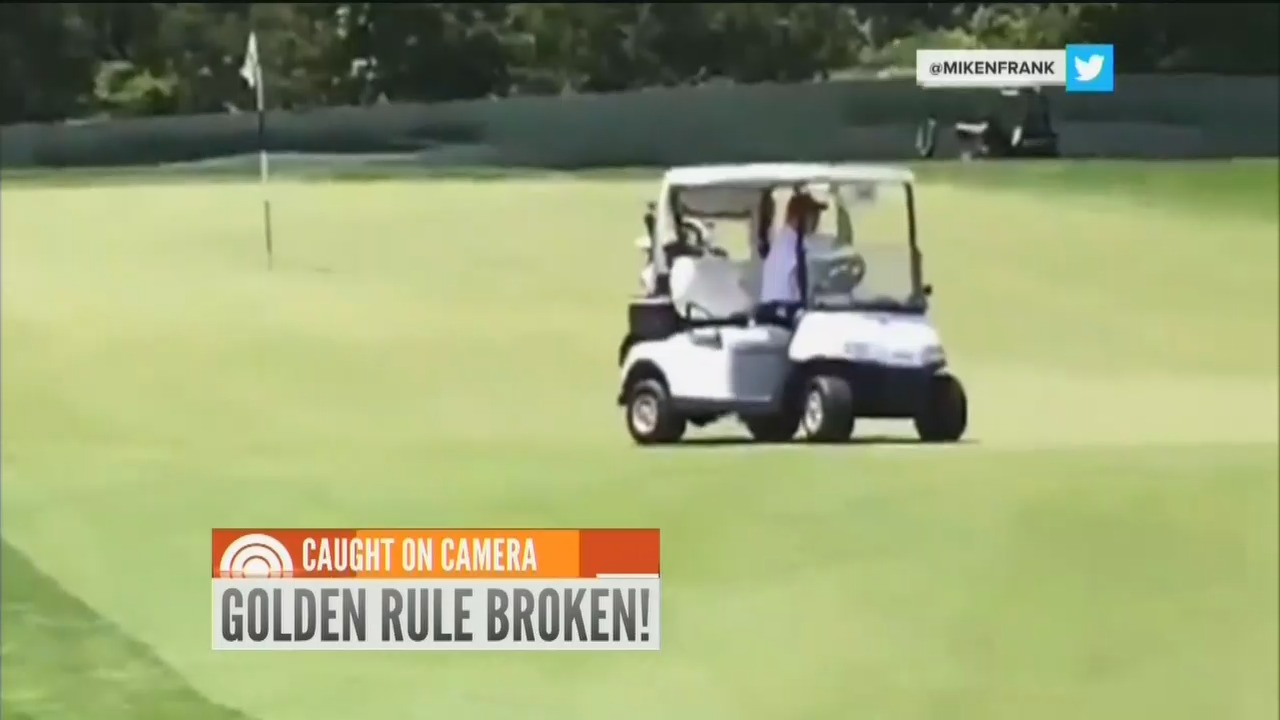 GAYLE KING: David, as Norah knows, I don't play golf. But I’m thinking, are golfers just clutching their pearls? You’re looking at that going, “No!”

O’DONNELL: Yes. Yes, they are

KING: But he owns the course. Does that matter?

O’DONNELL: Well, it’s the green. They are expensive to upkeep

WESTIN: Imagine what the green keepers are thinking.

O’DONNELL: They’re the ones that are really —

MATT LAUER: A golden rule of golf broken. You won’t believe who is behind the wheel today.

LAUER: As a golfer, I’m gasping over that last story. But I’ll save my outrage for later.

MATT LAUER: All right. I need a moment. Dylan's over in the orange room with a story that pains me as a fan of the sport of golf. Dylan?

SAVANNAH GUTHRIE: It's all right.

DYLAN DREYER: I'm right there with you, Matt. We all know that President Trump loves the game of golf. He owns nearly 20 golf courses and has held countless tournaments so you would think that he would know the game's etiquette pretty well. Well, a newly surfaced video begs to differ. We have to warn you, for golfers out there, this may disturb you.

So, take a look at this. Driving all over the green at Trump National Golf Club in new Jersey. That is a major no-no for anyone who knows the game and as you can imagine, the reaction online to this video is a mash-up of sports etiquette and politics. So let's dig right in. Chris writes, “This is unacceptable, driving on the green. Sad.” While Aaron tweets, “He owns the course, he can drive wherever he wants on it.” Makes a good point there. Brian writing, “I don't golf and even I know that's not acceptable” and even some Trump supporters saying, “This is the first thing President Trump has done that I didn't like. I feel guilty even walking on the green sometimes. How do you guys feel about this?

LAUER: Yeah, that's not good. That really isn't good. It's a nice golf course, by the way, but to take a heavy golf cart and to ride right across the green, that just breaks every rule of golf.