The journalists at CBS This Morning on Tuesday examined the lack of civility in America and, somehow, managed to avoid discussing the attempted slaughter of Republican members of Congress by a rage-filled Bernie Sanders supporter. Trying to murder your political opponents would seem to be a rather uncivil action.

Talking to CBS’s polling expert, Anthony Salvanto, co-host Gayle King managed to avoid the most topical issue relating to civility: “Let's talk about civility in American politics.... What did you find there? Because it seems like most people blame the other guy.”

Salvanto explained that “about 20 percent of each party's base that feels the other side is a threat to their way of life.” King complained, “But don't you always hear, 'Civility, 'it's always the worst it's ever been?'” 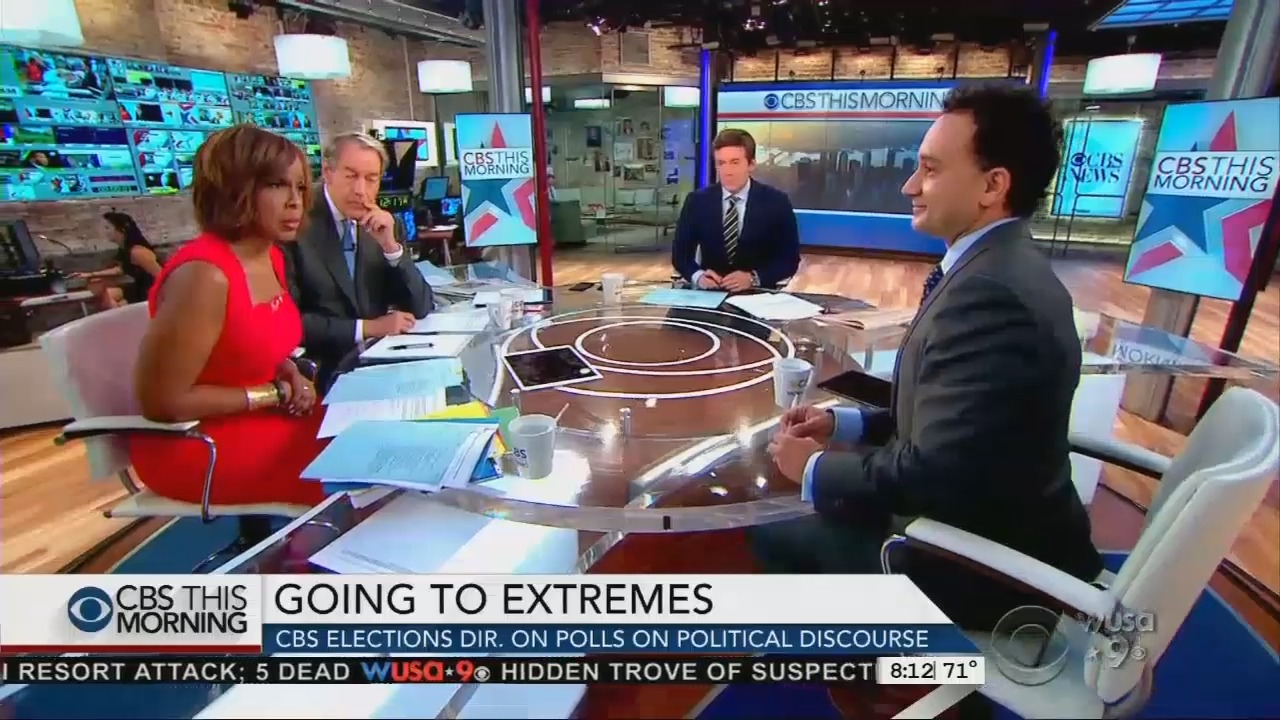 Again, the tone deafness displayed here is pretty spectacular. Sometimes an unhinged partisan IS a threat to your “way of life.”

Making the obvious point, given last week's events, Salvanto allowed, “Yeah, we do often hear that but that doesn't mean people don't sense a trend line going down.”

Just after the shooting, on June 16, the CBS journalists talked to Elizabeth Warren. King asked if “both sides” were responsible for the angry rhetoric of the attack.

On June 15, This Morning co-host Charlie Rose wondered if it was Donald Trump who needed to learn “civility.”

JEFF GLOR: A CBS News poll out this morning shows President Trump's approval rating is at 36 percent It is his lowest point in our polling since he took office. His approval has dropped among Republicans. Seventy two percent approve of the job he’s doing. Down from 83 percent after his first 100 days. CBS News elections and survey director Anthony Salvanto is here. Anthony, always good to see you.

ANTHONY SALVANTO (CBS News Elections and Surveys Director): How are you?

GLOR: Well, thank you very much. So, let's talk about the Russia investigation first. What do we learn in this poll about the President?

SALVANTO: Well, that's what's weighing down is overall job approval numbers. And we know that because folks give lower numbers on handling that issue than they do on anything else. It’s lower than what he gets on the economy. Lower than what he gets on handling terrorism and that movement among Republicans is for his handling of it, which is important because it's not whether or not they support him or whether or not they like him. They don't think he's doing a good job handling that and they also say it's not necessarily a serious matter and they don't necessarily think he's done anything wrong, it's more a sense of “Get to the bottom of it. Let the investigation take its course.”

CHARLIE ROSE: What do you think about Mitch McConnell operating without transparency in the Senate to create a Senate bill on health care that might be possible?

SALVANTO: Yeah. There's this overwhelming number including Republicans that say make the bill public. And what happens is, when folks don't know what's going on, and they actually tell us in the poll that they don't feel they have a good understanding of what's going on, which is rare for people to admit in — even in polling, they get cynical about it. So by two-to-one, they feel well, they think this bill will probably hurt them rather than help them to the extent that they feel about it and that there again is why they overwhelmingly push to say at least let us know what it's going to do. 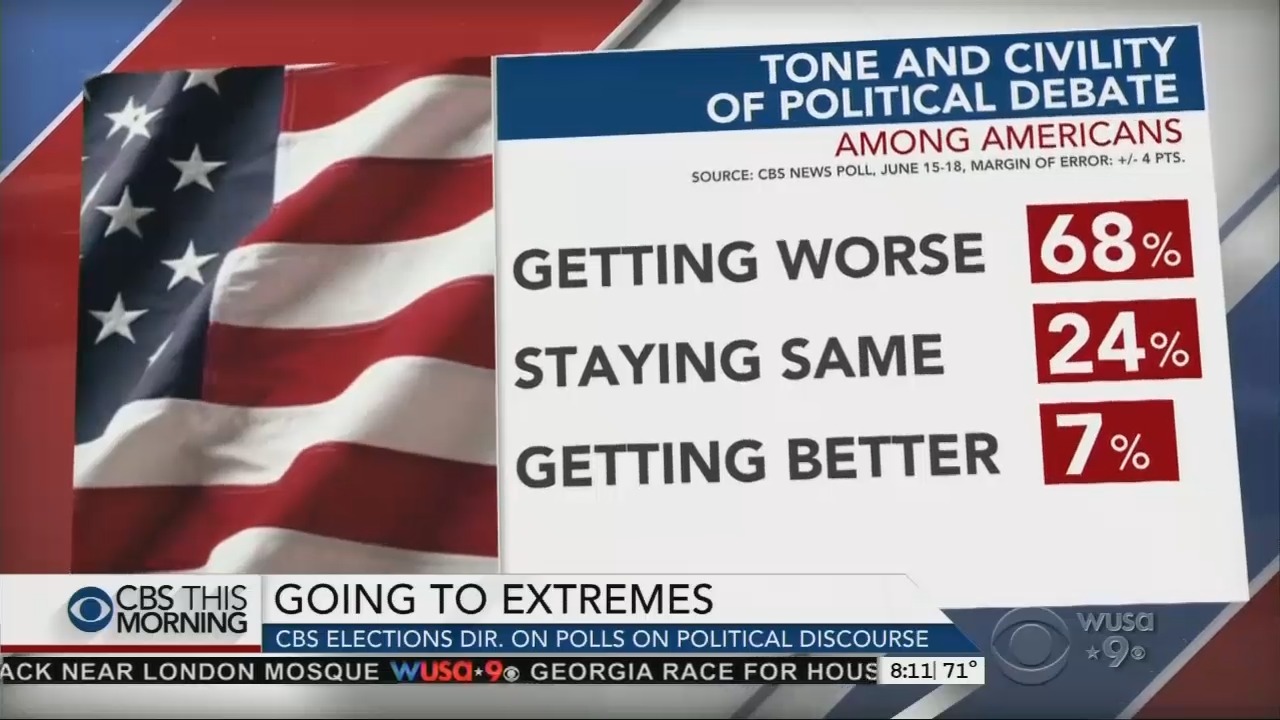 GAYLE KING: Let's talk about civility in American politics. They were asked about that. What did you find there? Because it seems like most people blame the other guy.

SALVANTO: Yeah, there are —  there is a core, a hard core, about 20 percent of each party's base that feels the other side is a threat to their way of life. But that's not the majority. The majority of people feel that the other side are just people they disagree with and could possibly get along with. And even though Americans feel like the tone and tenor of politics has gotten worse over time, there is a majority that still remains optimistic that people can work things out.

KING: But don't you always hear, "Civility, it's always the worst it's ever been?"

SALVANTO: Yeah, we do often hear that but that doesn't mean people don't sense a trend line going down. But sometimes we see the world in terms of left and right but the biggest breaks are those that see things in stark partisan terms and those that do not.