The aggressively pro-abortion journalists at CBS have suddenly discovered a need to protect society’s “weakest members.” But it’s not a turn towards respecting the pro-life position. No, the hosts of CBS This Morning on Wednesday conveniently used this talking point as a way to decry Donald Trump’s proposed budget.

Talking to Ohio Governor John Kasich, Charlie Rose demanded, “Governor, what do you say to those who say a society and a civilization can measured by how it treats its weakest members?” Earlier this year, CBS decried Republicans for their effort to defund Planned Parenthood. But that’s apparently not what CBS reporters have in mind.

Using another line of attack, a shocked Norah O’Donnell quoted budget director Mick Mulvaney. She marveled, “But the Budget Director said yesterday, ‘This budget, ‘We look at this through the eyes of the people who are actually paying the bills, the people who pay taxes.’ Is that a way to do a budget?”

In an earlier segment, O’Donnell warned of massive “cuts” in the budget. As MRC research director Rich Noyes pointed out, the proposed budget merely slows the rate of growth.

A partial transcript of the Kasich segment is below: 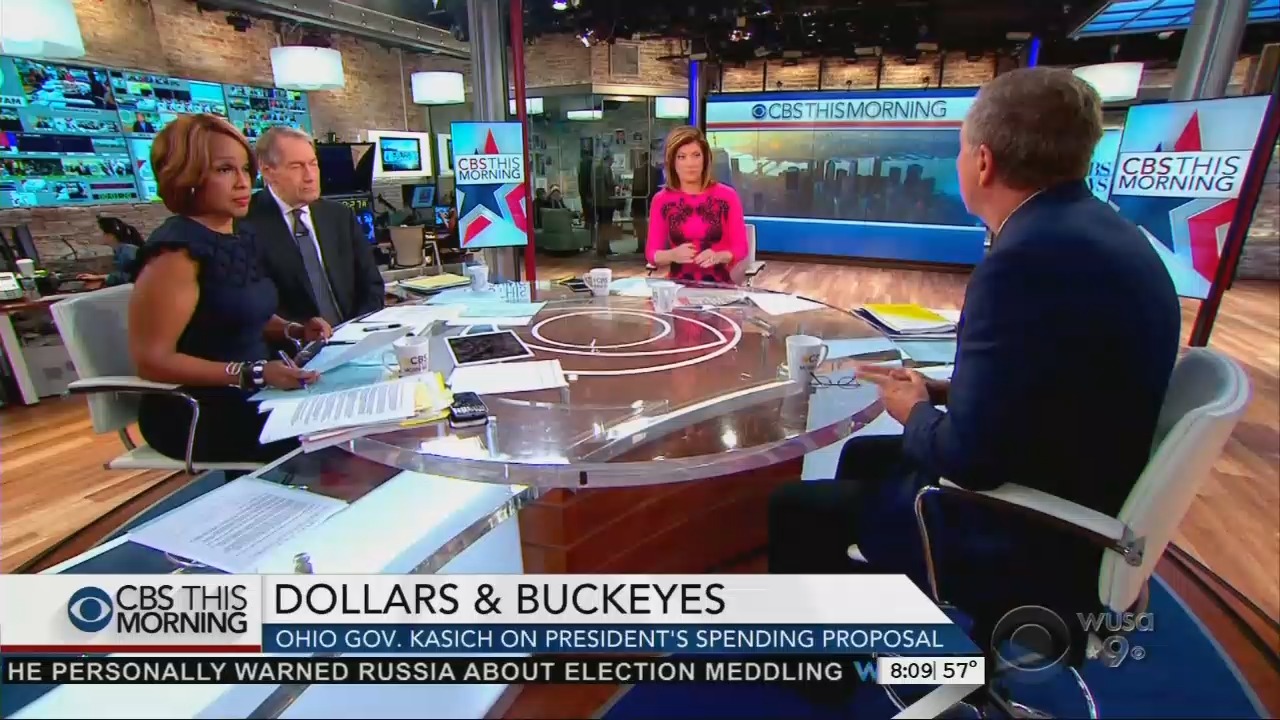 CHARLIE ROSE: Ohio Governor John Kasich has experienced dealing with the nation’s budget. As a Congressman, he chaired the House Budget Committee. He oversaw the 1995 government shutdown and a balanced federal budget. The Governor is the author of the book Two Paths: America Divided or United. Governor Kasich, welcome back.

ROSE: What impact will the budget, as presented, have on the state of Ohio? 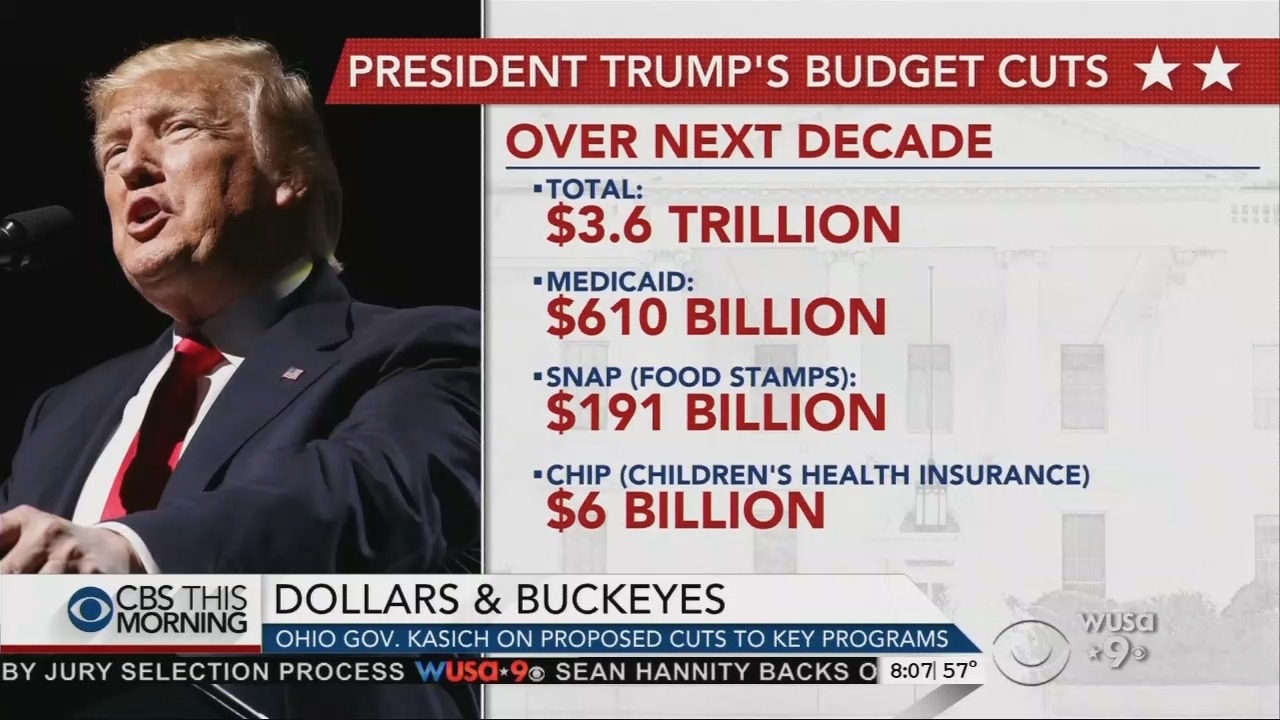 KASICH: It would be significant, Charlie, but this isn’t going to pass. You know, presidents sends up budgets and Congress fiddles around. Two things to keep in mind. We have a program in Ohio where we say to people, “We will help you,  but then we need you to assume personal responsibility. We will help you overcome your problems. The problem is that you can't take stuff away when people need to be healthy, they need to be fed. You know? So it's not just a one-way street. It has to be both ways. So, the other thing is Congress will play around with this thing. We don't know where it will end up. Here's the problem with debt. If they don't come to grips with debt, it's rising higher and higher as a percentage of our economy. When debt goes up, job opportunities go down. When debt goes down, job opportunities go up. That's why it's important that we restructure the federal government.

ROSE: Governor, what do you say to those who say a society and a civilization can measured by how it treats its weakest members?

KING: Let’s talk about the number he’s listing for drug control. $27 billion. The big story for most states now is the opioid epidemic. Your state has been greatly effected. What do you think of that? How do you think the money should be spent on that?

O’DONNELL: These budgets reflect the values of a President every year. And, of course, as you mentioned —

KASICH: Or the Budget Director, maybe.

O’DONNELL: Yeah, right. And as you mentioned, Congress changes things. But the Budget Director said yesterday, “This budget, ‘we look at this through the eyes of the people who are actually paying the bills, the people who pay taxes.” Is that a way to do a budget?

KASICH: No. I think when you do budgets —  I was the chairman of the committee when we balanced the federal government. The economy got better. But it’s a matter of creating priorities. Reform is fine. Privatization is fine. But you cannot just move quickly the rug under from people who need help. But at the same time, Norah, we have to make sure that we get to the root of their problems. So, where does Congress fall short? First of all, they don’t permit people to get GEDs as a substitute to the work requirements.