PANIC: NYT Melts Down Over Trump ‘Denialists’ ‘Risking the Planet’ 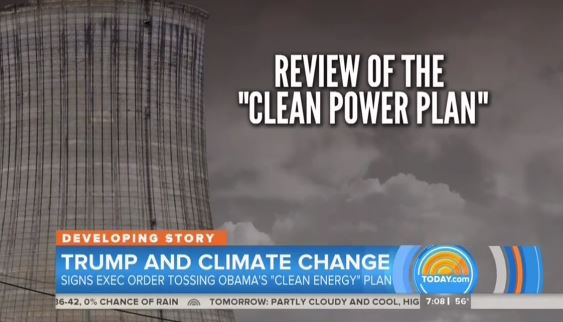 The New York Times on Wednesday offered a collective freak out, devoting no less than four articles to how the “denialists” in the Trump administration are “risking the planet” by rolling back Barack Obama’s climate regulation. That amounted to almost 4000 words. Jettisoning any pretense of objectivity, the liberal paper included this biased headline: “Climate Change Denialists in Charge.” Writer Coral Davenport warned, “Climate denial starts at the top.”

Calling skeptics “deniers” is the type of loaded term that the New York Times would never throw around when it comes to liberal causes. Are pro-abortion liberals life- deniers? In an op-ed, the paper warned of coming doom: “Only 10 weeks into his presidency, and at great risk to future generations, Donald Trump has ordered the demolition of most of President Barack Obama’s policies to combat climate change by reducing emissions from fossil fuels.”

The paper described it as an “assault” and then shifted to Trump’s “ignorance":

Perhaps most important, Mr. Trump’s ignorance has stripped America of its hard-won role as a global leader on climate issues.

The unsigned editorial moved to “madness”:

Are there ways to avert this madness? Yes. Mr. Trump’s orders will not take effect right away. The E.P.A. will need a year or longer to develop a replacement for the Clean Power Plan.

"Demolition, “assault,” “ignorance,” “madness.” The Times on Wednesday reads like an angry e-mail that someone accidentally sent to the whole office.

Tom Friedman was no less worried. The headline for his op-ed sneered, “Trump Is a Chinese agent.” The liberal columnist raged:

Trump took his Make China Great campaign to a new level on Tuesday by rejecting the science on climate change and tossing out all Obama-era plans to shrink our dependence on coal-fired power. Trump also wants to weaken existing mileage requirements for U.S.-made vehicles. Stupid.

He mocked, “So you tell me that Trump is not a Chinese agent. The only other explanation is that he’s ignorant and unread.”

In total, the Times devoted 3938 words to the climate freak out. Yet, in February, only two percent of Americans mentioned global warming as one of the pressing issues facing the country. Maybe there’s a reason people think the liberal New York Times is out of touch?