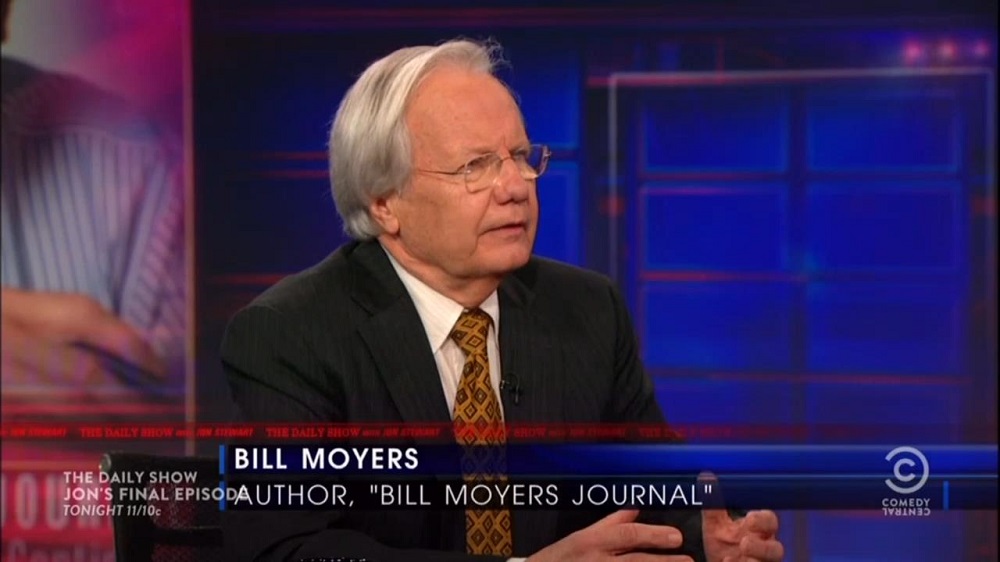 PBS liberal Bill Moyers is upset at CNN for not being hostile enough to Republicans. The host offered a diatribe on February 7, praising the cable network for allegedly banning Kellyanne Conway. He inaccurately hailed, “Bravo to Jake Tapper and CNN for saying, ‘No!’ to Kellyanne Conway when the White House offered her up as a guest for his Sunday program.” But, then Conway did eventually appear on the network and Moyers wasn’t happy.

In a February 10 post for Salon.com, he complained, “With network talk shows, the format favors the fabricator. Conway’s the one determining the course of the interview.” The mere thought of even allowing Conway to speak appalled the PBS host:

Nonetheless, the very premise of these broadcasts always enables Conway to declare “Mission Accomplished” when she returns to the White House. No matter how aggressive the questioners (and most are not, except in a rigged sort of way), she manages to drop more lies into the public discourse, reinforce Trump’s base with the “alternative facts” they prefer to reality, and come across as Joan of Arc breaking the siege of Orleans. Like her boss, she often turns a question into a chance to make herself the victim: “I know firsthand what it’s like to have all the haters descend upon you,” she told Tapper. She is masterful at avoiding a question by changing the subject. When he tried to engage her on Trump saying things that are “demonstrably not true,” she responded, “Are they more important than the many things that he says that are true that are making a difference in people’s lives?” Well, yes; it’s the lies that kill democracy. If the doctor tells you the MRI shows cancer in the liver, you don’t reply, “That’s okay. My lungs are clear.”

Moyers huffed, “There were even hints the network was considering a permanent ban, the surest way to prevent a professional con artist from using you to pollute the airwaves with one flagrant lie after another."

It’s unsurprising that someone like Moyers, who is used to having PBS be the home for all things liberal, would not wants dissenting voices on TV. However, considering that when he worked for Lyndon Johnson in the '60s, Moyers tried to use the FBI to get sexual dirt on other members of the White House, he's hardly in a position to judge.