ABC: ‘Objectively, Hillary Is Much More Qualified’ Than Bill in ‘92

ABC’s Nightline on Monday night pretended to investigate Hillary Clinton’s long-history of scandal, but David Wright concluded that, “objectively,” she’s even more qualified than her husband, Bill. Though the segment mentioned incidents, such as Mrs. Clinton erroneously recounting being under sniper fire in Bosnia in 1996, Wright allowed just 18 seconds on Benghazi and the politician’s unsecured e-mail server.

Highlighting day one of the Democratic National Convention, he flatly declared, “Objectively, she is much more qualified than her husband was when he ran.” Wright praised, “Over the past 30 years, she's checked all the boxes: Globe-trotting First Lady. Superstar senator. Secretary of State. Logging nearly a million miles, visiting 112 countries.”

Highlighting Bill Clinton’s affair with Monica Lewinsky, he excused, “But she's been scandal-prone, partly through no fault of her own.” As for modern scandals, this was all viewers got:

DAVID WRIGHT: The pictures and the other people on that trip made it clear there was no such threat. More recently, she's had to contend with Benghazi. Her ties to Wall Street. And why she chose to use that personal e-mail server in violation of State Department rules.

JAMES COMEY: There is evidence that they were extremely careless in their handling of very sensitive, highly classified information.

More frequent were examples of Wright cheerleading included: “The convention this week in Philadelphia is Clinton's best opportunity to turn that around, to highlight the fact that she's the first first lady to transform herself into a credible candidate for the West Wing. First woman to win her party's nomination. By getting even this far, she's made history.” 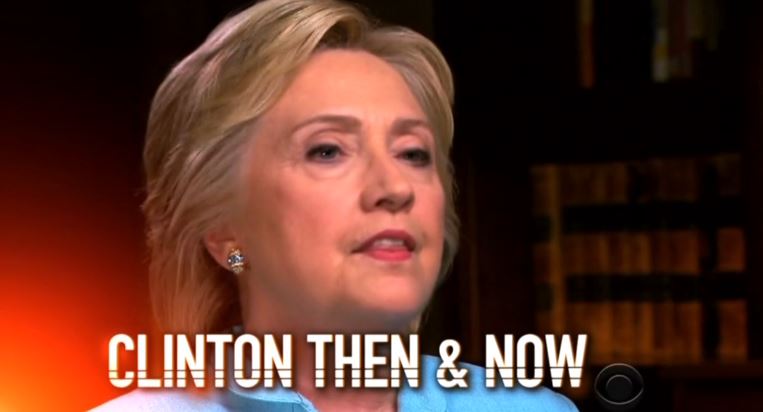 JUJU CHANG: Plus, she's been at the center of Democratic politics and weathering public scandals for decades. Her detractors call her untrustworthy.

CHANG: Is it reasonable scrutiny?

HILLARY CLINTON: Say things about me—

CHANG: — or the so-called Hillary standard?

WRIGHT: No such luck. Hillary Clinton's road to the White House was always bound to be bumpy. This is not her first rodeo. And yet it's not like she's ever managed to make it look easy.

HILLARY CLINTON [In 2008]: Well, this isn't exactly the party I'd planned.

WRIGHT: Back in 1992, her first national convention, opened to an entirely different mood.

PETER JENNINGS: The crowd now on the floor welcoming their nominee for president.

WRIGHT: Back in the day, Bill Clinton was the new Democrat, promising not just a change of parties after 12 years of Reagan and Bush, but promising to change the Democratic Party itself.

BILL CLINTON: Now that we have changed the world, it’s time to change America.

WRIGHT: She and Bill Clinton walked to Madison Square Garden from Macy's, triumphant. That was the night they introduced him to America as the man from Hope.

BILL CLINTON: It was a wonderful little small town where, you know, it seemed that everybody knew everybody else. I mean, my grandfather had a grade school education. And my grandmother had graduated from high school from a tiny little school out in Arkansas.

HILLARY CLINTON: His grandmother just valued education above all else.

DAVID WRIGHT: A lifetime ago, right? Both so fresh-faced. The baby boom coming into its own. Now, Hillary Clinton is older and battle-scarred. The ultimate insider. Or as the Trump campaign likes to put it, she embodies the status quo. Her ambition, never a secret.

HILLARY CLINTON: I'm not just starting a campaign, though, I'm beginning a conversation.

WRIGHT: Her willingness to work hard never in doubt. Yet she has struggled to get even this far. Overshadowed by Obama in 2008.

MAN: What can you say to the voters who seem to like Barack Obama more?

WRIGHT: Under siege from Sanders this primary season.

BERNIE SANDERS: And I question her judgment.

WRIGHT: The insurgency apparently not over yet.

ADAM NAGOURNEY (L.A. bureau chief, New York Times): I think uniting the party is the most important thing that she has to do. This is hopeful for voters, I think. They're not large, but they're large enough. They don't like Trump and they don't like Clinton, they're about to have a chance to see a straight-up comparison between the two of them week to week. They're the ones she has to appeal to.

WRIGHT: Her husband, like him or not, was a natural politician, instinctively able to connect.

BILL CLINTON: I've been governor of a small state for 12 years. I'll tell you how it's affected me.

WRIGHT: Hillary Clinton has struggled with that. Rarely has she shown real vulnerability. When she has, it's paid off.

WRIGHT: So Clinton is slogging it out, campaigning today in the swing state of North Carolina. Today we met one woman who voted for Bill Clinton but isn't yet convinced on Hillary.

WOMAN: I was a Bernie supporter. And I want to hear what Hillary has to say.

WRIGHT: Objectively, she is much more qualified than her husband was when he ran. Over the past 30 years, she's checked all the boxes: Globe-trotting First Lady. Superstar senator. Secretary of State. Logging nearly a million miles, visiting 112 countries.

BILL CLINTON: I ask you to vote for her because she's got the best record, because she's the most qualified to be commander in chief. But more important than anything else, she's identified the problems, proposed solutions, her numbers add up, and she's the best single changemaker I've ever met.

WRIGHT: But she's been scandal-prone, partly through no fault of her own.

BILL CLINTON: I did not have sexual relations with that woman, Ms. Lewinsky.

WRIGHT: Partly because she's made matters worse for herself. Remember that trip to Bosnia when she supposedly came under sniper fire?

HILLARY CLINTON: There was no greeting ceremony. And we basically were told to run to our cars. Now, that is what happened.

WRIGHT: The pictures and the other people on that trip made it clear there was no such threat. More recently, she's had to contend with Benghazi. Her ties to Wall Street. And why she chose to use that personal e-mail server in violation of State Department rules.

JAMES COMEY: There is evidence that they were extremely careless in their handling of very sensitive, highly classified information.

WRIGHT: And more recently in an interview with 60 Minutes, she talked about the Hillary standard.

HILLARY CLINTON: I often feel like there's the Hillary standard and then there's the standard for everybody else.

HILLARY CLINTON: Well, it is unfounded, inaccurate, mean-spirited attacks with no basis in truth, reality, which take on a life of their own.

WRIGHT: Policy positions too have evolved over the years. All of which hadn't exactly reassured voters that she can be trusted.

WRIGHT: Recent polls show that that's a huge Achilles heel for her. Two out of three voters don't think she's honest and trustworthy, in fact voters trust Trump more than they trust her. One plus for Clinton, a generation of young voters who have no firsthand memory of those scandals from the '90s. We met two of them today. [To young voters.] The Rose Law firm?

MAN: I've heard about it but at this moment I don't.

WRIGHT: Monica Lewinsky. Does that name ring a bell?

WOMAN: Yes, I did not have relations with that woman.

WRIGHT: Along those lines, yes. [Back to pre-taped segment.] The trouble is, many of those younger voters were more excited about Bernie Sanders.

MICHELLE GOLDBERG (Slate): One of the real problems with Hillary Clinton is that she's sort of a hostage of her history. People who came of age under Obama and for who Obama is kind of starting point rather than a political miracle, they just see the compromises. You know? They don't see the circumstances in which she had to make those compromises.

WRIGHT: The question is, can she get this convention back on the rails? Her hopes of winning the White House may depend on it. I'm David Wright for Nightline in Charlotte, North Carolina.