On the same night that Jeffrey Toobin smeared Ted Cruz as anti-Semitic, Fox News’s Geraldo Rivera on Thursday did the same thing. Regarding the Texas senator’s claim that Donald Trump represents New York values, Rivera slimed, “Aside from the stinking, anti-Semitic implications that I see in that whole New York values money and media coded message that he put out there.”

O’Reilly Factor anchor Bill O’Reilly wasn’t buying it. He snorted, “This anti-Semitic business is bull.” Even Trump fan Eric Bolling couldn’t go that far. The panelist retorted, “In my opinion, there is nothing anti-Semitic about what he said.”

TOOBIN: [H]e said New York values are about money and they're about the media. That's an anti-Semitic trope from a hundred years. It's been around a very long time. Everyone in the whole country understands what he was saying, and that's a big problem once you get to New York, not just among Jewish voters, but among people who don't appreciate those kinds of stereotypes. Trump is going to hammer away on it. Cruz can try to explain it away, but you can't explain what you said when its meaning is obvious.

On Thursday, Cruz told Good Morning America’s George Stephanopoulos that New York values means liberalism: “The people that I was talking about are the liberal New York Democrats who have hammered this state. It is people like Mayor Bill de Blasio and Governor Cuomo.”

A transcript of the O’Reilly Factor exchange is below: 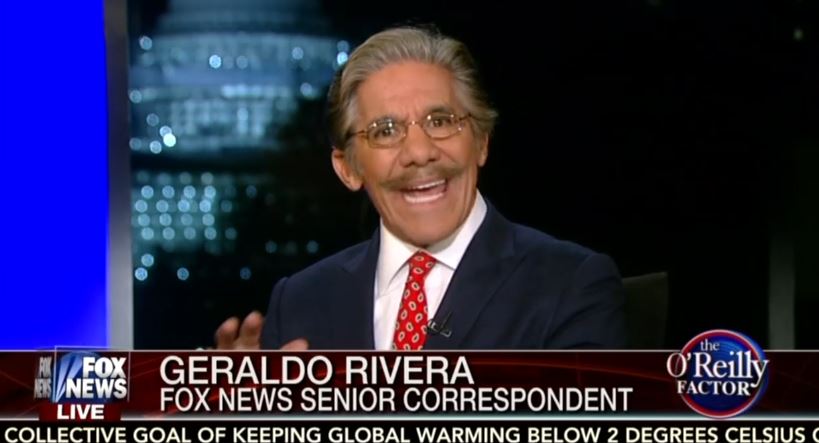 BILL O’REILLY: How about you, Rivera, do you think Cruz can turn this perception around?

GERALDO RIVERA: I don't think Cruz breaks 15 percentage points, Bill. I think that he is going to get routed in New York and deservedly so. Aside from the stinking, anti-Semitic implications that I see in that whole New York values, money and media coded message that he put out there.

RIVERA: Pandering to those Iowa voters. Hear me out, he also voted against hurricane Sandy relief. He also voted against compensation for the 9/11 victims. This is a man whose interest are absolutely antithetical to New York. He is going to get routed.

O'REILLY: The Sandy and the 9/11, I can understand. Look, Rivera, I mean, I have lived here my whole life as have you. If he says New York values to a bunch of evangelicals it's not anti-Semantic. He is pointing to De Blasio, to Cuomo, to the progressive crew.

RIVERA: Why didn't he say that? He could have very easily have said not New York values.

O’REILLY: Why did he say anything? Why didn’t Trump say that David Duke was a bad guy?

RIVERA: He could have said Democratic Liberal free spending, wealthy.

O'REILLY: This anti-Semitic business is bull.

O'REILLY: Come on! You don't have to do that.

BOLLING: Can I break the tie?

BOLLING: I'm with you, Bill. In my opinion there is nothing anti-Semitic about what he said. He was pandering to the evangelicals. Pointing a finger at New York values. He wasn't —  in my opinion, he wasn't pointing out —

O'REILLY: It was a political thing.

BOLLING: Of course it was.