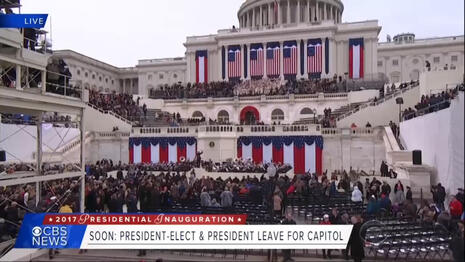 Coming a mere two weeks after rioters occupied the U.S. Capitol, this year’s inauguration will clearly be unique, with the incoming President overshadowed both by security fears and the fresh impeachment of the outgoing President. But even if none of those factors were present, you could still expect TV reporters to fawn over the new Democratic President, Joe Biden, as they blasted the outgoing Republican, Donald Trump.

Forget about the media vs. Trump: Reviewing the media’s inauguration coverage since 1989 finds that no incoming Republican president receives the worshipful coverage that accompanies the ascension of Democratic Presidents. Instead, journalists measure new Presidents using their standard liberal yardstick. Here’s a flavor:

■ 1989: TV reporters chose to salute the incoming President George Bush by slamming the more conservative Ronald Reagan. For Inauguration Day, ABC’s Richard Threlkeld went to a riot-scarred area of Miami called Overtown: “After eight years of what many saw as the Reagan administration’s benign neglect of the poor and studied indifference to civil rights, a lot of those who lived through this week in Overtown seemed to think the best thing about George Bush is that he is not Ronald Reagan,” Threlkeld claimed on the January 20, 1989 World News Tonight. “There is an Overtown in every big city in America — pockets of misery made even meaner and more desperate the past eight years.”

Over on NBC, anchor Bryant Gumbel praised Bush’s speech as signaling “a new activism, a new engagement in the lives of others, a yearning for greater tolerance....Basically a rejection of everything that the Reagan years had been about.” 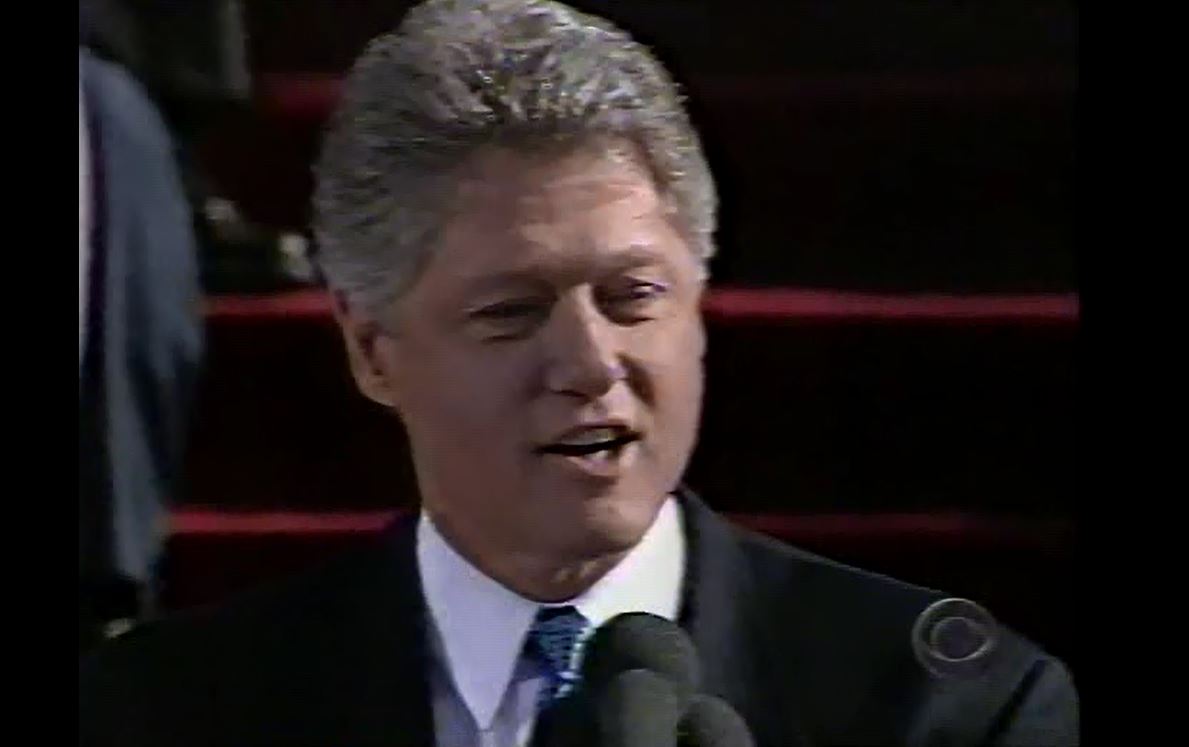 ■ 1993: Bill Clinton’s arrival was touted with the same fervor later bestowed on Barack Obama. The New York Times asked in a January 3, 1993 headline: “Clinton as National Idol: Can the Honeymoon Last?” Newsweek magazine ran TV ads touting a commemorative edition “that’s sure to be a collector’s item because it covers the most important inauguration of our lifetime.” Wall Street Journal reporter Jill Abramson — who rose to become executive editor of the New York Times — confessed: “It’s an exciting time to be in Washington....People are excited. They’re happy about change....I think you’re going to see crowds for these inaugural events the likes of which we haven’t seen in Washington ever.”

■ 1997: Clinton’s second inaugural inspired just as much hero worship. TV critic Howard Rosenberg reviewed Clinton’s speech for the Los Angeles Times: “His sturdy jaw precedes him. He smiles from sea to shining sea. Is this President a candidate for Mt. Rushmore or what?...In fact, when it comes to influencing the public, a single medley of expressions from Clinton may be worth much more, to much of America, than every ugly accusation Paula Jones can muster.”

■ 2001: After the long recount, reporters applied an asterisk to Bush’s first inaugural. NBC’s Maria Shriver emphasized “millions of people who felt disenfranchised by this election, who don’t feel that he’s their President yet.” On ABC, George Stephanopoulos warned Bush to avoid conservative policies: “With a 50-50 Senate and a tiny margin in the House, and a majority in the country who actually voted against President Bush, he’ll be able to fulfill that central promise of unifying the country only if he’s willing to compromise.” 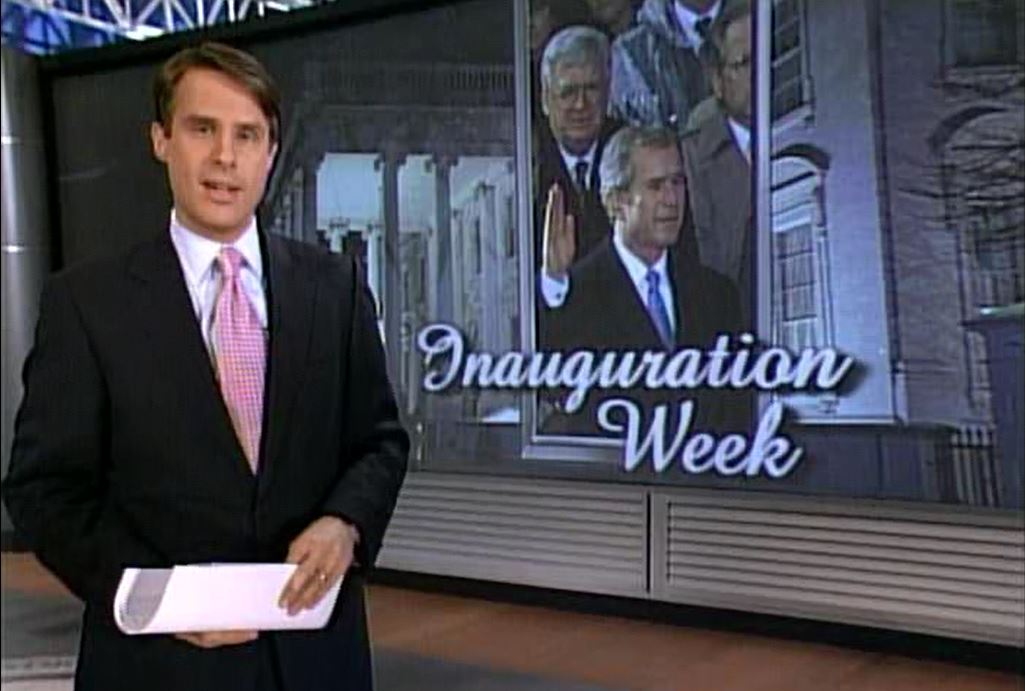 ■ 2005: Bush’s second inaugural was met with more hostility, with reporters attacking the $40 million price tag as obscene. “In a time of war and natural disaster, is it time for a lavish celebration?” ABC’s Terry Moran doubted. The AP’s Will Lester calculated that the money spent on Bush’s inaugural could vaccinate “22 million children in regions devastated by the tsunami....Do we need to spend this money on what seems so extravagant?”

The day before Bush’s swearing-in, ABC’s Web site pleaded for tips of “any military funerals for Iraq war casualties scheduled for Thursday, Jan. 20.” Sure enough, then-ABC anchor Peter Jennings got his wish to report how “just about the time the President was speaking, there was a funeral for a young Marine reservist: 21-year-old Matthew Holloway was killed in Iraq last week by a roadside bomb.”

■ 2009: Thrills rippled through the press corps when Barack Obama took the oath of office for the first time. On January 19, co-anchor Maggie Rodriguez gushed on CBS’s Early Show: “Does it get any better, or more beautiful, or more spectacular, than this?” After the ceremony, ABC correspondent Bill Weir openly celebrated. “Can national pride make a freezing day feel warmer?” he wondered. “Never have so many people shivered so long with such joy.”

As for the outgoing Bushes, MSNBC’s Chris Matthews likened them to the executed family of the last czar of Russia: “It’s going to be like the Romanovs...the whole family will now go into retreat,” while retired NBC anchor Tom Brokaw summoned memories of deposed communist dictators: “It reminds me of the Velvet Revolution [in Czechoslovakia]....We’re not overthrowing a communist regime here, obviously, but an unpopular President is leaving and people have been waiting for this moment.” 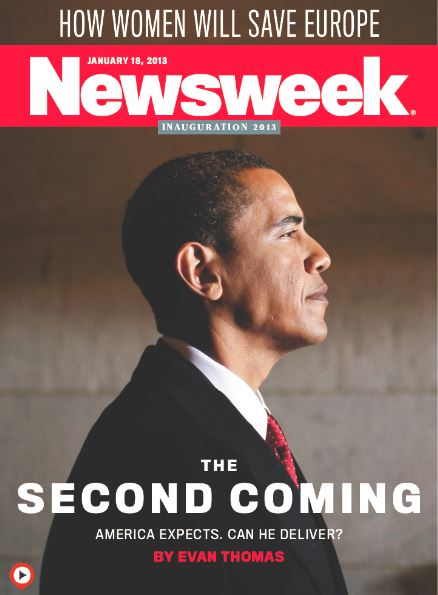 ■ 2013: Eight years ago, Newsweek’s cover cast Obama as Jesus Christ, touting his inaugural as “The Second Coming,” while a giddy Diane Sawyer on ABC saw “excitement” all over Washington, D.C., claiming “the whole city has a smile on its face.”

Her colleague Terry Moran, on the January 21 Nightline, celebrated Obama’s audacious left-wing agenda: “He is a president renewed in office by the votes of 65 million Americans. He is a president with a purpose....Change — this time around that word means something else to Barack Obama. He used his second inauguration to make an audacious claim that the coalition that re-elected him — younger, more diverse, more non-native, more socially liberal — is the next America, the rising generation, and he spoke directly to and for them....A man, a president with a purpose and an agenda, a progressive agenda, no question about it.”

■ 2017: Four years ago, reporters began taking swipes at President Trump mere moments after he concluded his Inaugural Address. This time, ABC’s Terry Moran chose to hear the worst when Trump employed the phrase “America First” in his speech: “It carries with it overtones from the 1930s....very ugly echoes in our history.”

At the same time, retiring President Obama was toasted as a hero, with New York Times columnist Nicholas Kristof hailing “Obama’s legacy of dignity and old-fashioned virtue.” On CNN, commentator Douglas Brinkley tingled: “In my mind, he’s like Dwight Eisenhower. He is almost unimpeachable. He has governed with such honesty and integrity....He’s up there with some of our really great American leaders.”

Given the media’s four-year-war against Trump, you didn’t need the awfulness of the Capitol siege to guarantee that journalists would take lots of parting shots at the outgoing President. But the record shows that media bias was a fact long before Trump arrived in Washington, and will undoubtedly continue long after he’s left the stage.