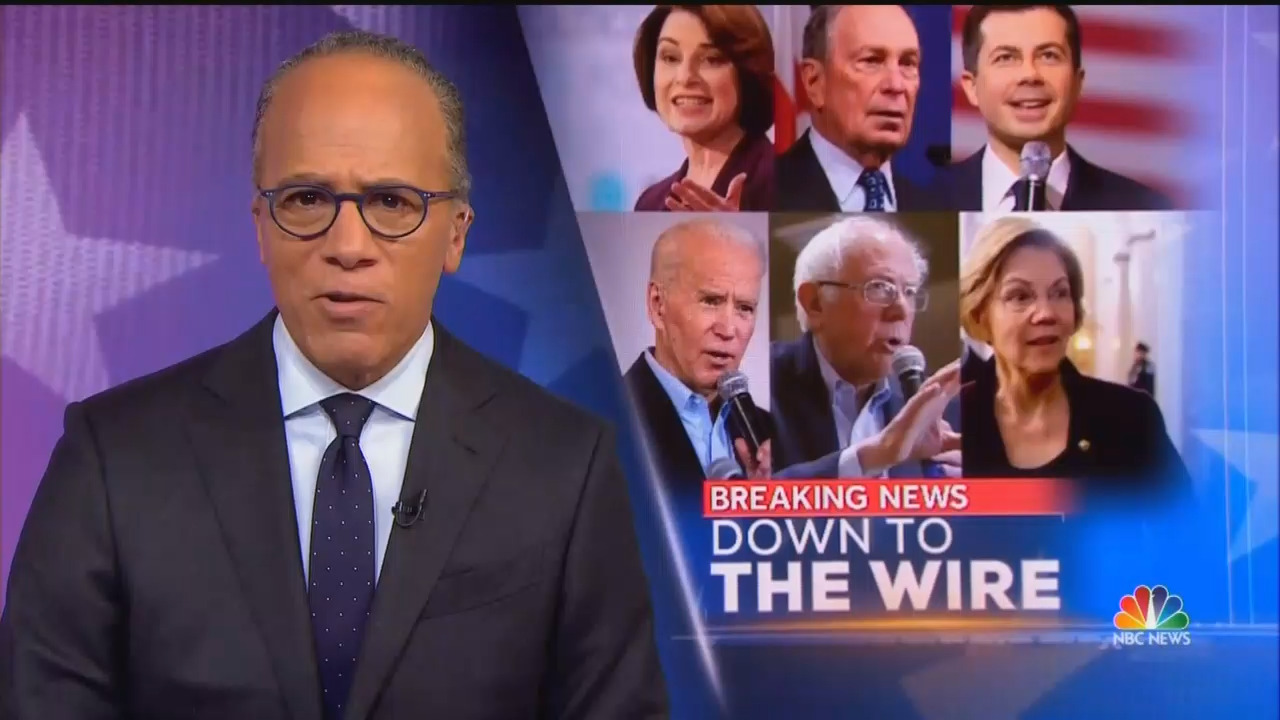 A funny thing happened on the way to today’s Iowa caucuses: In the liberal media’s zeal to cover House Democrats’ push to impeach President Trump, the Democratic Party’s 2020 presidential candidates — and the radical policies of some of their frontrunners — have all but disappeared from TV news.

A new Media Research Center study found that the ABC, CBS and NBC evening newscasts together spent 236 minutes in January covering impeachment, compared with a relatively puny 88 minutes on the Democratic race.

And one-fourth of the 2020 Democrats’ January airtime (22 minutes) was actually spent on impeachment — either recounting how former Vice President Joe Biden was targeted for investigation in Ukraine, or how the impeachment trial affected Democratic Senators running in this year’s primaries. That left just 66 minutes for the actual presidential campaign. 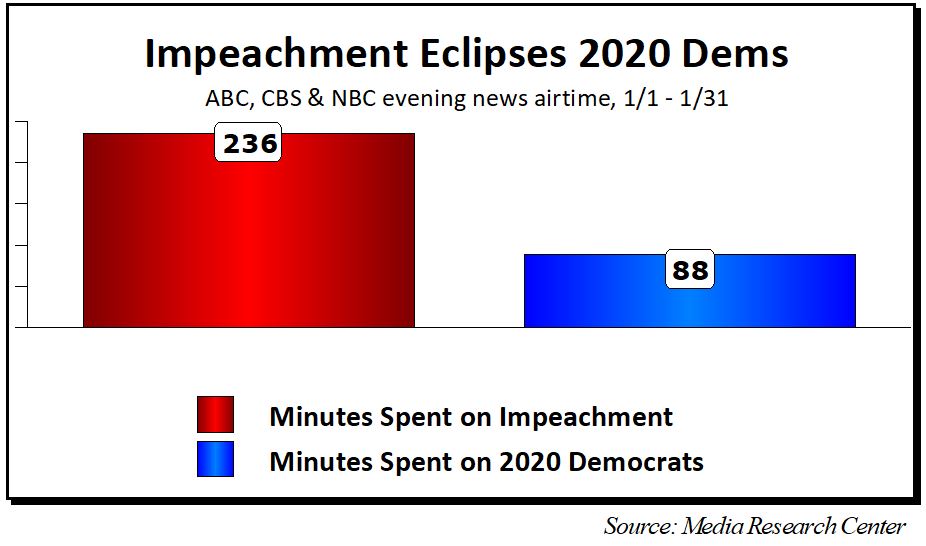 In the 130 days since House Speaker Nancy Pelosi formally launched the impeachment investigation on September 24, the three evening newscasts have spent a combined 1,082 minutes on the topic, compared to 302 minutes on the Democratic race (112 minutes of which was really about impeachment).

While there’s no question that impeachment is a huge political story that warrants major coverage, the fact that it will end in the acquittal of President Trump has been a foregone conclusion for many weeks, draining it of news value.

On the other hand, the Democratic nomination race remains highly competitive and unpredictable, with four candidates bunched at the top of Iowa polls on the eve of the caucuses. And the radical policies that have been forwarded by some of those frontrunners merit a significant national debate, yet are being virtually ignored by a liberal media that have trained all of their fire against the Republican incumbent.

This January, the evening news has awarded Vermont Senator Bernie Sanders the most coverage of the 2020 field, a mere 32 minutes. That’s less than half of what he received in January 2016 (68 minutes), when the nomination seemed certain to go to former Secretary of State Hillary Clinton (who received 111 minutes of coverage that same month).

In the run-up to Iowa, Sanders’ socialist policies have barely been mentioned on the evening news — less than two minutes of his total January airtime. Nearly all of that came (80 seconds) when CBS Evening News anchor Norah O’Donnell pressed Sanders during a January 24 interview to explain the estimated $60 trillion price tag of his plan for “free health care for everybody, free college tuition, and to pay off people’s college loans.” Sanders replied that the true cost of his program was “impossible to predict.” 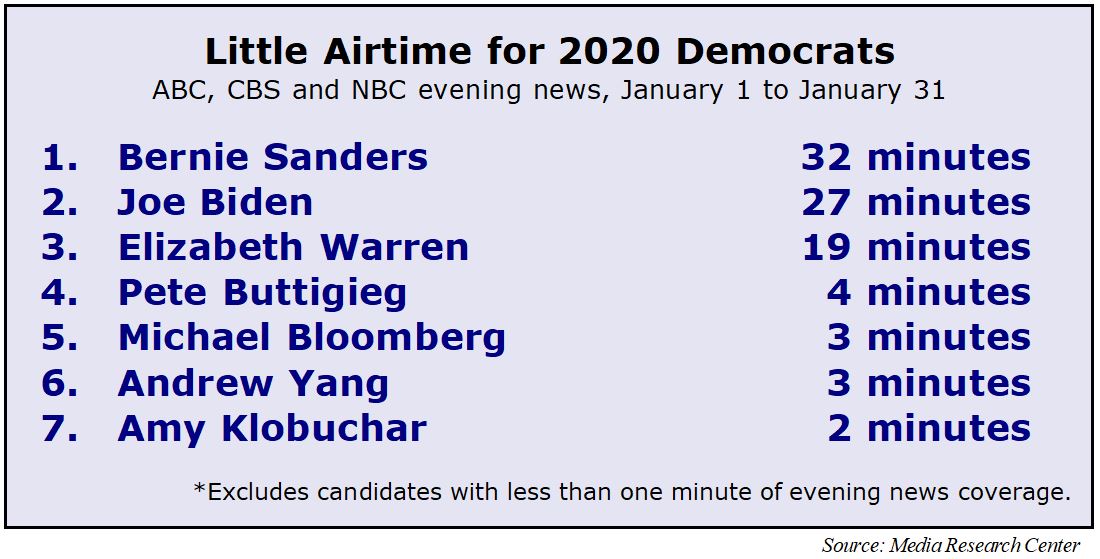 Biden was the next-most covered candidate, with 27 minutes of airtime, but 11 of those minutes were discussions of Biden as a potential target of investigations in Ukraine, not his current campaign.

Massachusetts Senator Elizabeth Warren was given 19 minutes of airtime on January’s evening newscasts — mostly for her claim that Sanders had told her privately that a woman could not be elected president (10 minutes). There was no discussion of her punishing tax-the-rich proposals or her plans for free college and free health care that are nearly as radical as those of Sanders (although those were topics that received a slight amount of coverage in earlier months).

None of the other candidates received even five minutes of evening news airtime in January.

The current plan is for the impeachment trial to officially end on Wednesday. Once it’s finally over, will the media actually begin to scrutinize the top Democratic candidates as they have President Trump? Or will they continue to see their job as policing just one side of the street?