In four weeks, Americans go to the polls for the midterm elections that the news media are casting as a referendum on the Trump presidency. Over the summer, the broadcast networks have continued to pound Donald Trump and his team with the most hostile coverage of a President in TV news history — 92 percent negative, vs. just eight percent positive.

For this report, MRC analysts reviewed all 1,007 evening news stories (1,960 minutes of airtime) about the Trump administration on ABC, CBS and NBC from June 1 to September 30, tallying the coverage of each topic and all evaluative comments made by anchors, reporters and non-partisan sources (such as voters or experts).

The results show that, over the past four months, nearly two-thirds of evening news coverage of the Trump presidency has been focused on just five main topics: the Russia investigation; immigration policy; the Kavanaugh nomination; North Korea diplomacy; and U.S. relations with Russia. The networks’ coverage of all of these topics has been highly negative, while bright spots for the administration such as the booming economy received extremely little coverage (less than one percent of the four-month total). 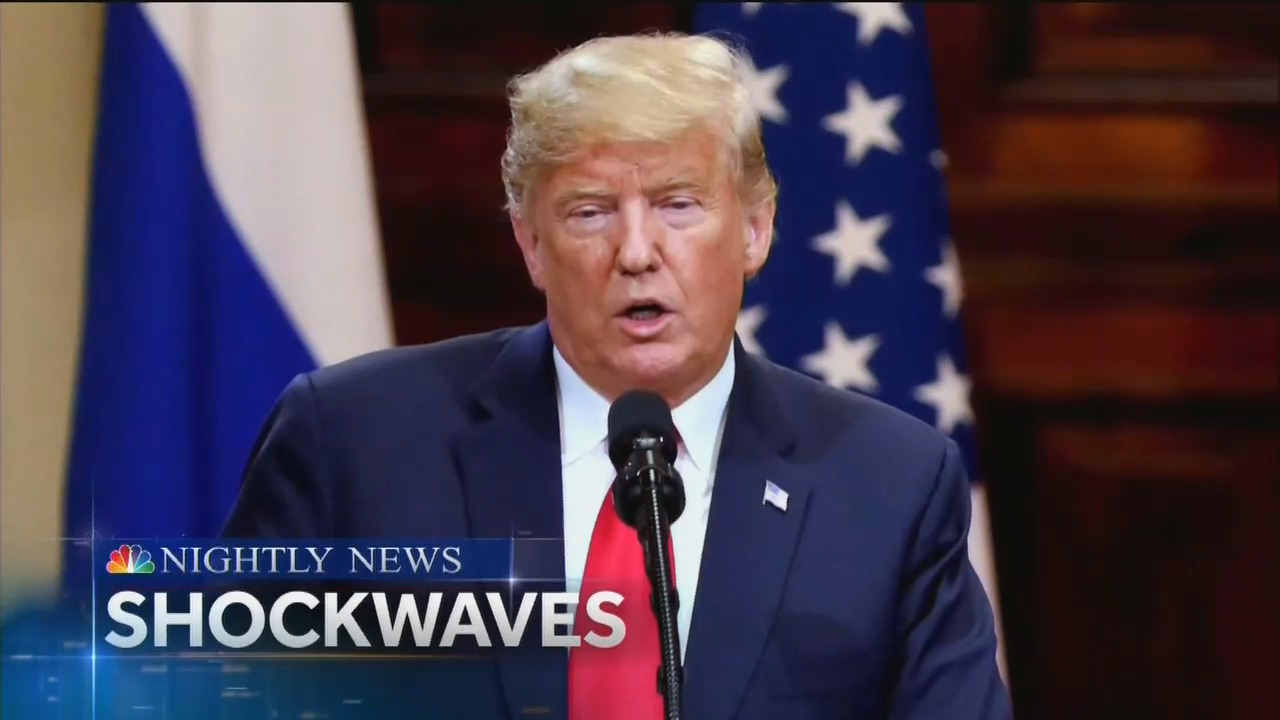 ■ Once again, the ongoing Russia investigation received more evening news coverage (342 minutes) than any other individual topic. This does not include the 86 minutes spent on the Michael Cohen investigation and guilty plea, except for a few minutes talking about the possibility that Cohen would cooperate with special counsel Robert Mueller.

Since the beginning of the Trump administration, the three networks have spent 1,975 minutes — nearly 33 hours — on the Russia investigation, or nearly 18 percent of all of their coverage of the Trump presidency. As we have previously reported, virtually all of that coverage has been negative, while almost none of it has focused on any of the controversies involving Mueller or his investigative team.

The networks’ attention to this topic has waned over the summer. In June, the three evening broadcasts spent 250 minutes on immigration, but that fell to just 35 minutes in July, 18 minutes in August and a mere five minutes in September as the Kavanaugh confirmation battle took over the airwaves. 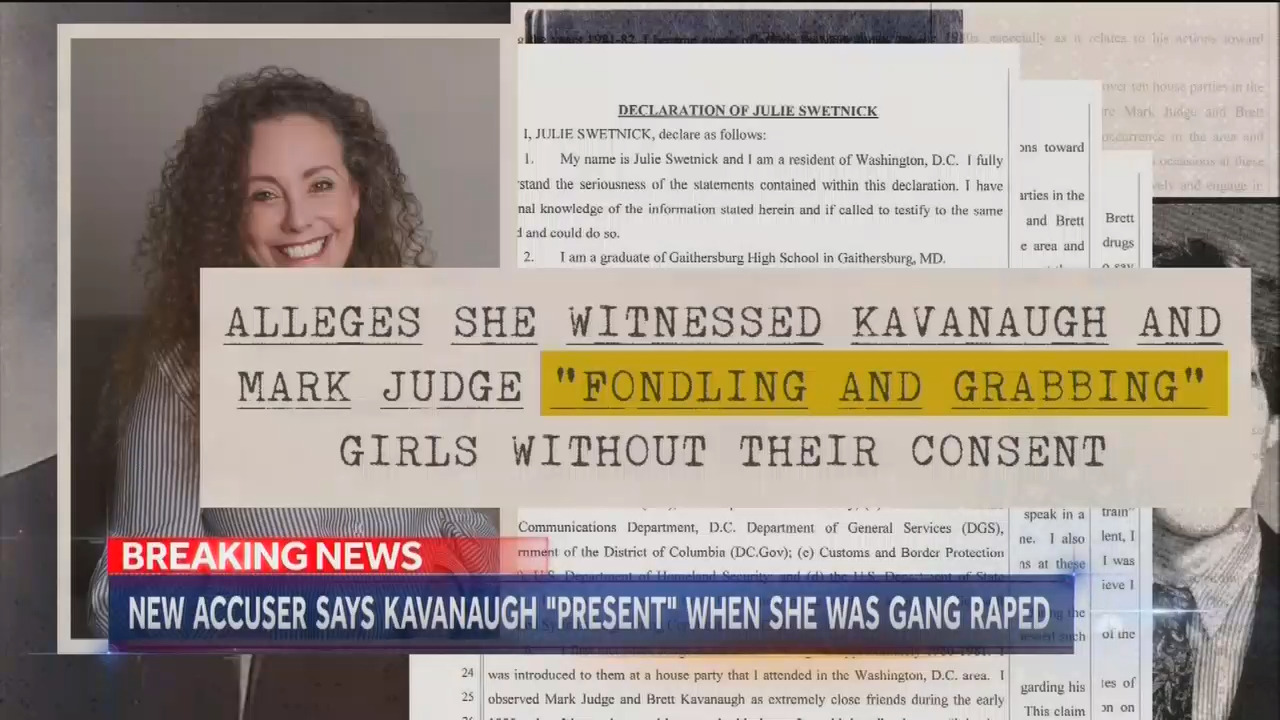 ■ After Brett Kavanaugh was announced the night of July 9, the networks gave his nomination relatively little airtime. From July 10 through September 6, the three evening newscasts together spent a mere 32 minutes on the Kavanaugh confirmation battle.

That changed on September 13, when the first anonymous allegations against Kavanaugh were revealed. From then until the end of September, the networks produced an additional 249 minutes of coverage centered on accusations of youthful sexual misconduct, or roughly eight times more than was devoted to the earlier debate about Kavanaugh’s judicial record and philosophy. [This heavy coverage continued in early October, leading up to the Senate’s approval of Kavanaugh’s nomination on October 6.]

The chart (above) reflects only the evaluative (82% negative) statements about how President Trump and his team handled the Kavanaugh nomination, including criticism of the President for dismissing the accusations, and for supposedly limiting the scope of the FBI probe.

Comments about Kavanaugh himself were far more numerous, but just as negative (83%) —  nearly all of it focused on the late September misconduct allegations. His performance at the first round of hearings actually earned praise from journalists, especially CBS’s Jan Crawford, who enthused on the September 6 Evening News: “The main takeaway is that Judge Kavanaugh, he is performing well....It’s almost like he’s giving a judicial seminar on these areas of the law.”

Once the coverage moved to the sexual assault allegations, reporters offered nightly recitations of the highly inflammatory (and uncorroborated) charges against Kavanaugh, including that he enabled gang rapes of high school girls in the early 1980s. It is impossible to recall the networks ever giving publicity to a more damning accusation that had not either originated from law enforcement or at least been corroborated by journalistic investigation. 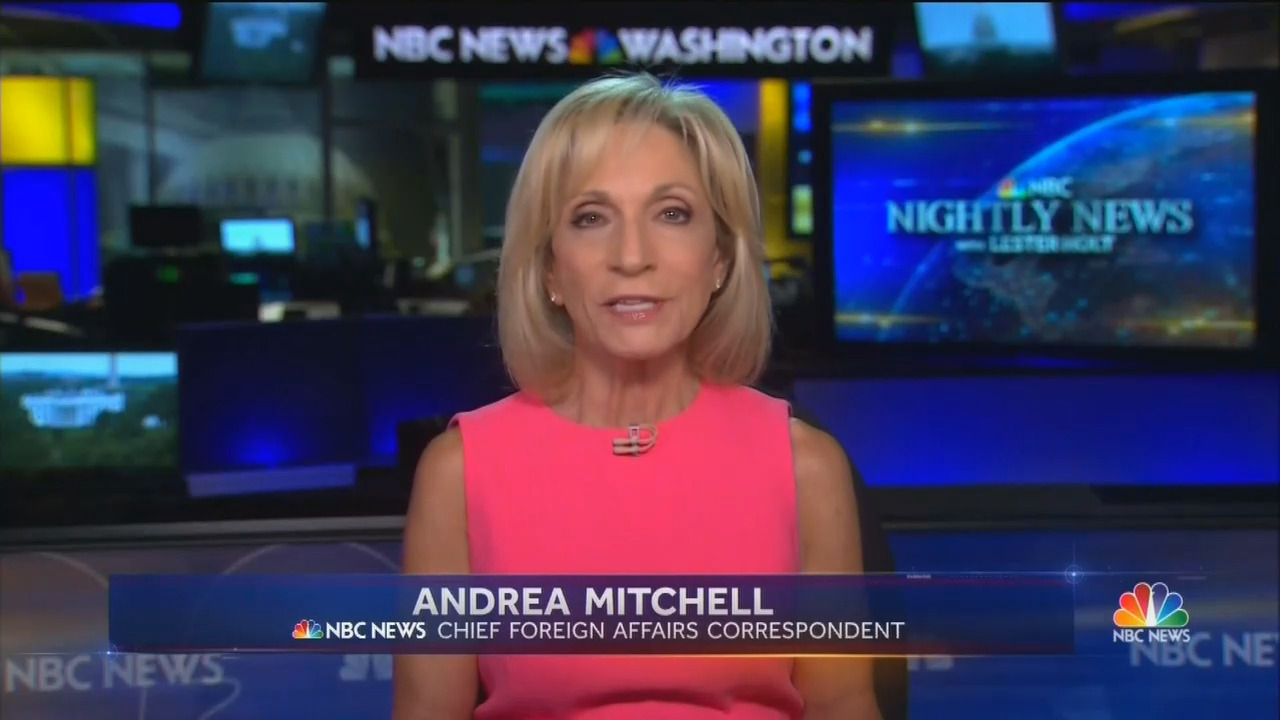 ■ The evening newscasts spent 179 minutes on the administration’s diplomacy with North Korea, much of it focused on the June 12 summit between Trump and North Korean dictator Kim Jong-un. In a one-week period from June 9 to June 15, the networks spent a combined 96 minutes on North Korea, or more than half of the total for the four months we examined.

Reaction to the summit was initially somewhat positive — CBS’s expert Mike Morell, a former Obama administration official, pronounced on the June 12 Evening News that it was “a diplomatic win for the United States,” but cautioned that “we are far from a strategic win.”

As the weeks wore on, reporters focused on the lack of specific progress, leading to the 90 percent negative spin on this topic. On the September 10 Nightly News, for example, Andrea Mitchell highlighted the negative take of NBC News Korean Affairs analyst Victor Cha, who declared: “If the President is saying one thing, but the intelligence is showing something else, it’s hard to believe that the diplomacy is working.”

■ The networks spent 151 minutes on the Trump administration’s approach to Russia, virtually all of it (99%) negative. As with the North Korean summit, the networks’ interest peaked in the days surrounding President Trump’s July 16 summit with Russian President Vladimir Putin, with nearly 70 percent of the coverage (107 minutes) taking place during the seven days between July 13 and July 19.

Unlike with North Korea, the networks’ immediate reaction was negative. On the July 16 Nightly News, NBC’s Andrea Mitchell exemplified the media elite’s scolding tone: “He [President Trump] showed he was not willing to stand up to the Russian leader....It is profoundly demoralizing to American intelligence professionals and diplomats around the world.”

Amid this sea of coverage, the networks spent almost no airtime — a mere 14 minutes, or 0.7 percent — on the administration’s economic achievements, including the positive effects of the tax cuts and deregulation, plus historic job growth. Indeed, the only aspect of the Trump economic program that interested the networks during the past four months has been the President’s use of tariffs to push for better trade deals (80 minutes).

Coverage of Trump’s trade policy emphasized the downside: potential higher costs to consumers or the possible harm to industries that rely on foreign imports, as opposed to the potential for job growth or higher wages for American workers. That made the spin of trade news nearly as negative as the other major topics (88% negative), overwhelming the positive (89%) but puny coverage of the broader economic record.