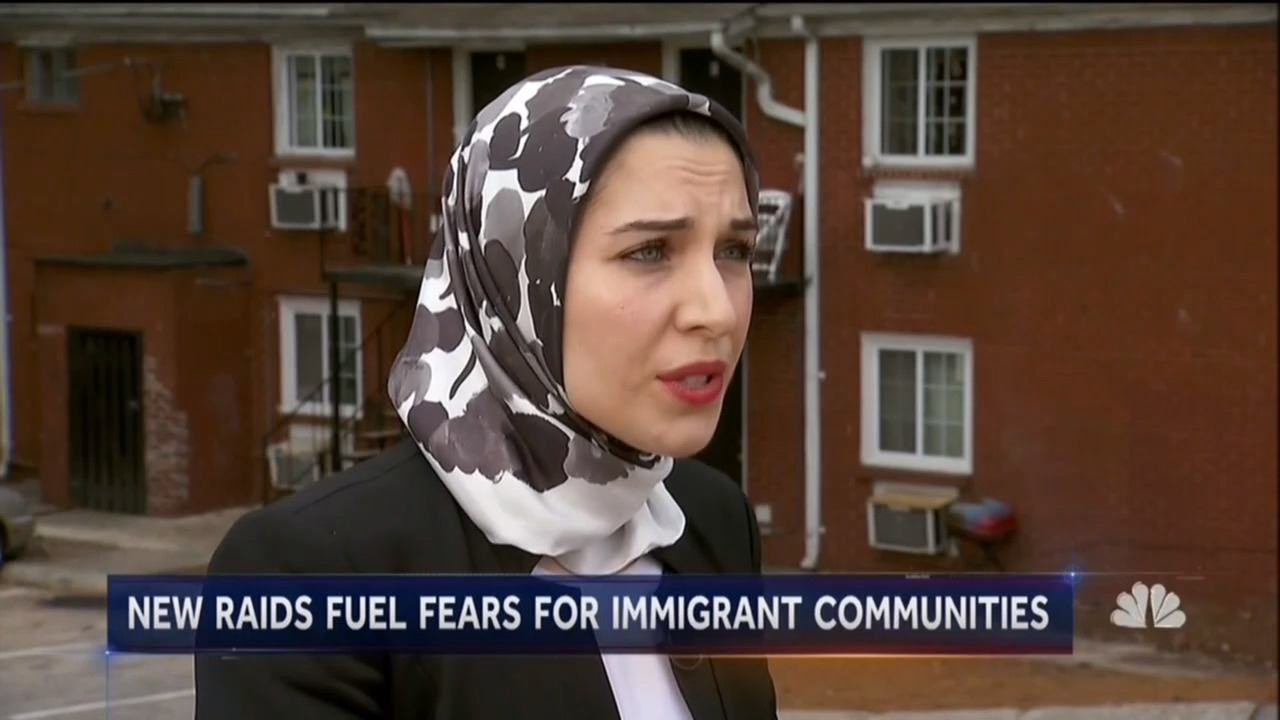 During the 18 months of the Trump presidency, immigration has received more airtime on the three broadcast evening news shows than any other policy topic. The networks’ coverage has been relentlessly hostile to the administration (92% negative, just 8% positive), largely because these newscasts have framed nearly all of their coverage around the plight of those adversely affected by the administration’s enforcement agenda, and have virtually ignored law enforcement or anyone harmed by illegal immigration.

From January 20, 2017 through June 30, 2018, the ABC, CBS and NBC evening news programs spent a combined 995 minutes discussing various immigration topics, or roughly one-sixth of all coverage of the administration. Since Inauguration Day, only the Russia investigation has received more airtime (1,680 minutes).

The next-most-covered topic, the nuclear confrontation with North Korea, garnered 719 minutes of airtime, or about 4 1/2 fewer hours of coverage than immigration. Even in June, when the evening newscasts devoted very heavy coverage (132 minutes) to North Korea and the historic June 12 summit between President Trump and dictator Kim Jong-un, these broadcasts spent nearly twice the airtime on the administration’s zero tolerance policy and the resulting separations of illegal immigrant parents and their children.

As of June 30, the separations policy had received 245 minutes of airtime, slightly less than the 267 minutes the networks devoted to the travel ban announced in the early days of the administration. Negotiations over a replacement to President Obama’s DACA policy received 114 minutes of coverage, while the proposed border wall with Mexico was the topic of 100 minutes of evening news airtime. 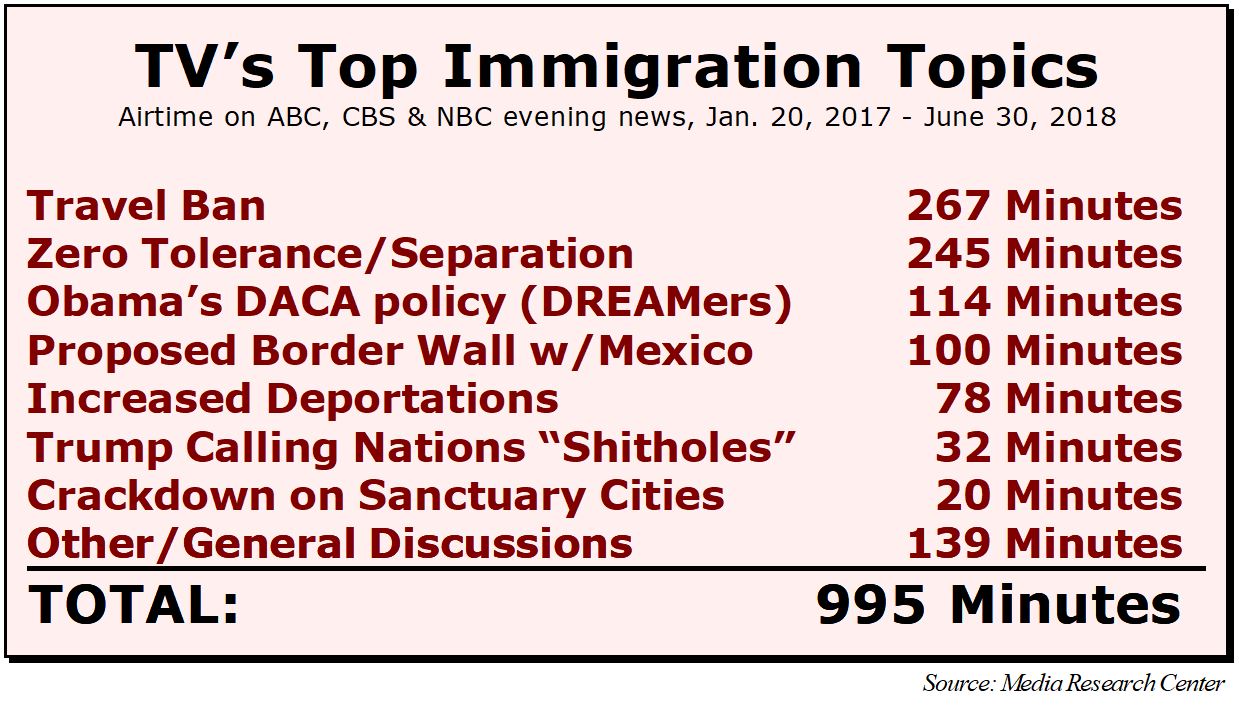 The networks’ coverage of each of these topics has been extremely critical of the Trump administration. Our methodology considers all explicitly evaluative statements (excluding neutral comments) from reporters, anchors and non-partisan sources such as experts or ordinary citizens. This ensures that we are measuring the editorial choices made by the news organizations, apart from the back-and-forth of partisan politics.

Using this measure, 92% of the evaluative comments about Trump’s immigration policies have been critical, vs. a mere eight percent that have been supportive. This is even more hostile than the administration’s overall good press/bad press score of 10% positive/90% negative, as of June 30.

The negative tone is a consequence of journalists’ decision to frame nearly all of their coverage around the plight of those adversely affected by the administration’s enforcement program, rather than those harmed by illegal immigration or those who support enforcing existing law. We tallied each individual soundbite in these immigration stories, and found a heavy preference for the personal anecdotes of those seen as victims of the Trump policies: illegal immigrants and their families, or banned travelers and their families.

Those groups, along with their lawyers, accounted for 478 of the 1,087 soundbites from non-partisan sources aired on these newscasts, or nearly 44% of the total. An additional 163 soundbites came from protesters opposed to the administration’s immigration policies (individuals or plainly understandable chants), plus 85 soundbites from activists associated with liberal groups. 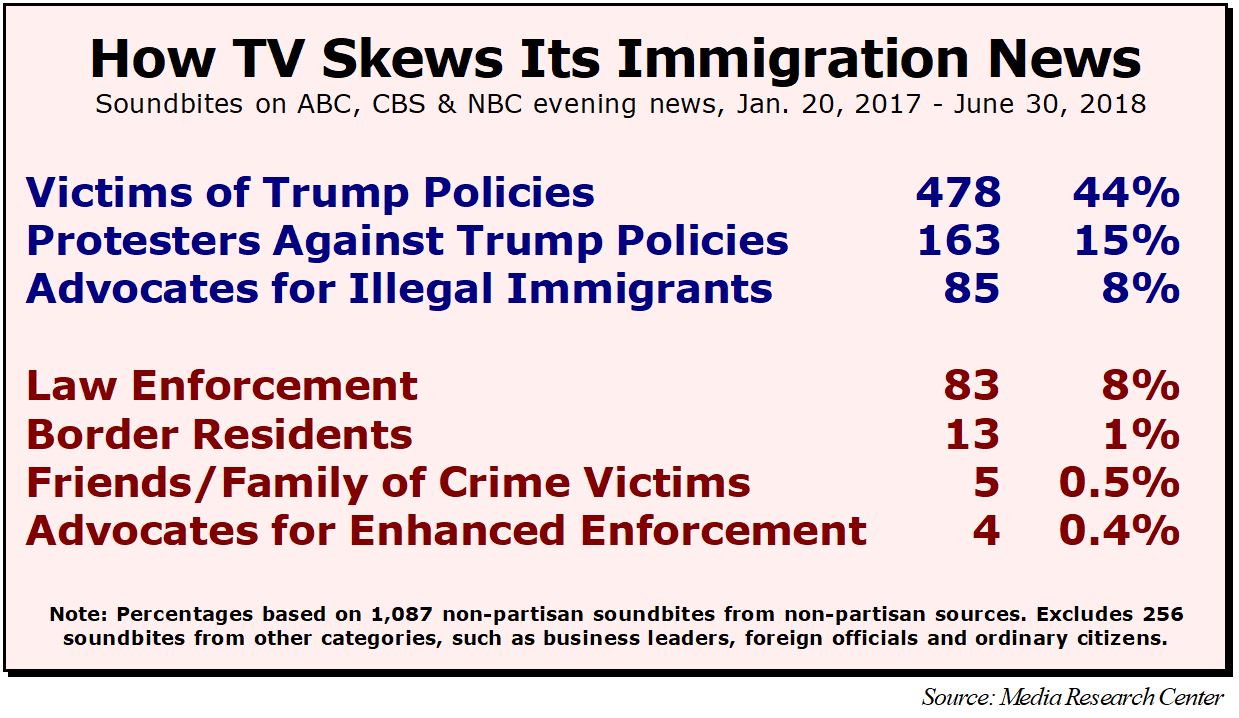 There weren’t any soundbites from pro-administration protesters to balance out the 163 from anti-Trump protesters, but 15 stories included heard audible chants at Trump rallies favoring a border wall and/or Mexico paying for the wall.

Lopsided as it is, the networks’ preference for soundbites from Trump’s victims doesn’t fully account for the 92% negative news on this topic. Reporters and anchors themselves amplified the messages of “fear,” “dread,” and even “terror” among those barred from entering the U.S. or facing deportation. 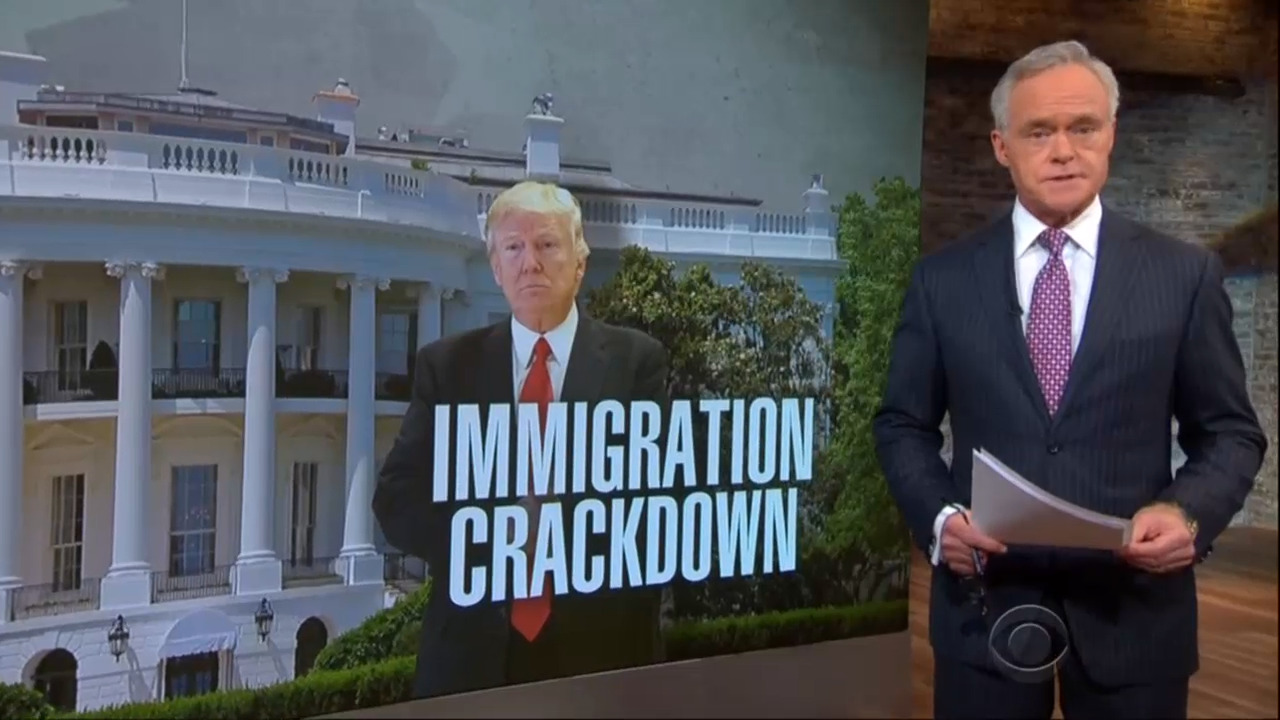 On the February 11, 2017 NBC Nightly News, as the lax Obama-era policies were replaced, correspondent Gabe Gutierrez said: “families of undocumented immigrants say they’re now living in fear....An immigration attorney in Atlanta, says there is a sense of panic among her clients.” On March 3, then-CBS Evening News anchor Scott Pelley warned: “There is a growing sense of dread among immigrants in America.”

On September 5, 2017, when President Trump announced an end to Obama’s DACA policy, ABC’s White House correspondent Cecilia Vega highlighted how “DREAMers like Jesus Contreras are terrified,” before running a clip from Contreras: “I am disappointed that the President, as a man of God and as a man of faith, did not keep his word....It’s saddening. It’s terrible.”

On NBC that same night, correspondent Jacob Soboroff profiled a DREAMer named Pablo Garcia, who fretted the decision was “heartbreaking” and “shocking.” Over on CBS, anchor Anthony Mason mourned that “a promise kept by President Trump is a dream lost for thousands of undocumented immigrants.”

Authentic news coverage would present both sides, and trust that viewers could make up their own minds. During the past 18 months, the networks’ coverage of immigration has not been news, but rather obvious advocacy — heroes vs. villains, good guys vs. bad guys — with the administration clearly wearing the black hats.