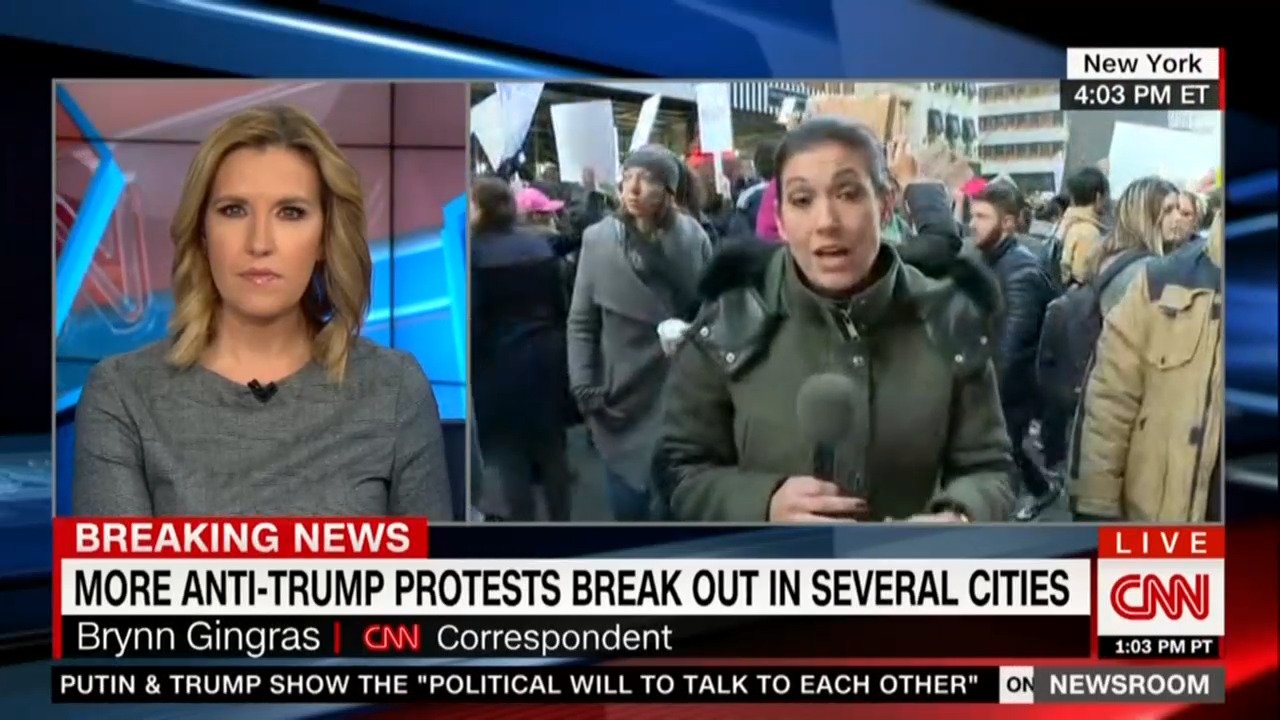 One of the revelations in Friday’s indictment handed down by Special Counsel Robert Mueller was that alleged Russian attempts to sow disunity in 2016 included the organization of both pro- and anti-Trump rallies in New York City on the Saturday after Election Day.

A check of their November 12 coverage showed both CNN and MSNBC gave enthusiastic coverage to the Russian-organized anti-Trump rally that day, with live reports every hour. Correspondents celebrated the idea that it was “a love rally,” and repeated the marchers’ anti-Trump mantras, such as: “We reject the President-elect.”

While the two liberal anti-Trump networks offered heavy coverage of the anti-Trump rally throughout the day, a check of coverage between noon and 5:00 p.m. Eastern found that the Fox News Channel offered only a short re-cap (66 seconds) at the start of their 4:00 p.m. Eastern hour.

Of course, none of the networks were aware of who was allegedly behind the march, but CNN and MSNBC reveled in the inflammatory messages of the march. At one point, MSNBC anchor Alex Witt credulously responded to the ridiculously alarmist rhetoric: “That woman, when she’s saying she’s concerned that black people will be shot in the street....Is that a legitimate concern for her? Because, that’s scary.”

If the goal of the secret Russian organizers was to inject nonsense like that into the American political dialogue, then their unwitting helpers on CNN and MSNBC certainly gave them plenty of assistance that day. 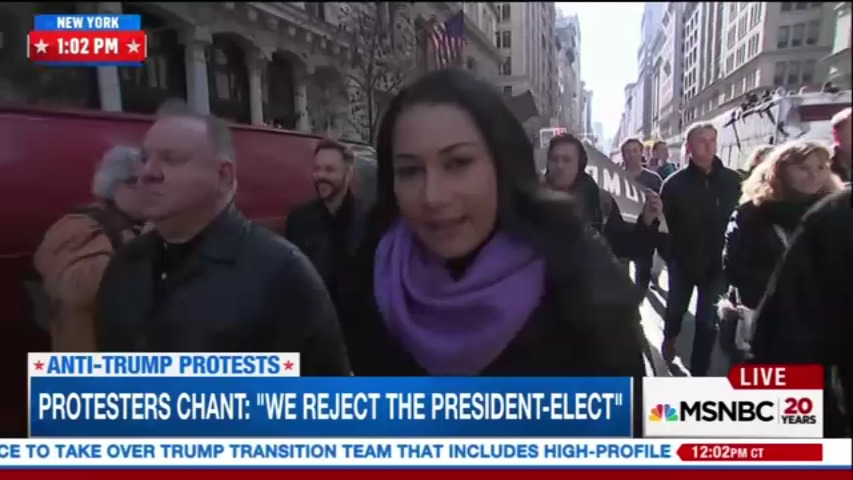 Both CNN and MSNBC talked about who they thought was organizing the rally. On MSNBC a few minutes before the march began, anchor Alex Witt asked Radford: “Hey, Morgan, can you tell who has organized this rally?...Is there someone in charge here?”

“Right now, this is lots of different groups of people who have come together,” Radford explained, “with no, necessarily, official leader, and that’s been some of the criticism.”

An hour later on CNN, correspondent Brynn Gingras said the rally had been organized by “a 20-year-old student from St. John’s University here in New York....We’ve seen him several times shaking hands with police officers....It is the most organized protest that I’ve seen here in New York City.”

A little after 3:00 p.m. Eastern, Gingras marveled at the crowd size, saying she had been “texting with the person, a 20-year-old college student here in New York City who organized this protest. I’ve been texting with him, and I asked, ‘Are you impressed with the size,’ and he says ‘It’s amazing what the collective voices can spread.’”

But according to Mueller’s indictment:

Here’s a video with more highlights from CNN and MSNBC’s coverage of the Russian-organized anti-Trump march, all from between noon and 5:00 p.m. Eastern on November 12, 2016:

Related: This Anti-Trump Protest Was a Russian Ploy. So Which News Outlets Promoted It?